If youve searching for a details of Obafemi Martins cars and houses then you are on the right page. We also provide you with common questions people are asking about this talented guy. Read on!

Akinwunmi Obafemi Martins is one of the most talented Footballers in Nigeria’s football history. The talented footballer was born in Lagos State on the 28th of October, 1984. So technically speaking, Obafemi is 35 years old now (2019).

He is popularly known as OBAGOAL for his clinical abilities in front of the goal. He is also famous for his speed, strength, skills, and agility. He started his career as a professional footballer in the early 2000s. He has played on four different continents including Africa, Asia, Europe, and North America. 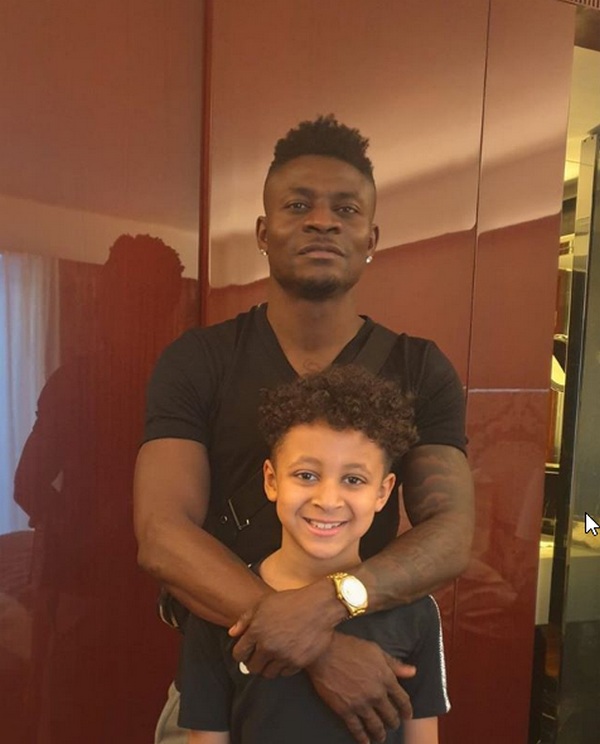 The Nigeria Footballer is happily married to Abigail Barwuah, a Ghanaian-Italian, who happens to be the sister of the famous Italian footballer Mario Balotelli (the “why always Me” star). In 2013, Obafemi and his wife welcomed a son whom they named Kendrick. 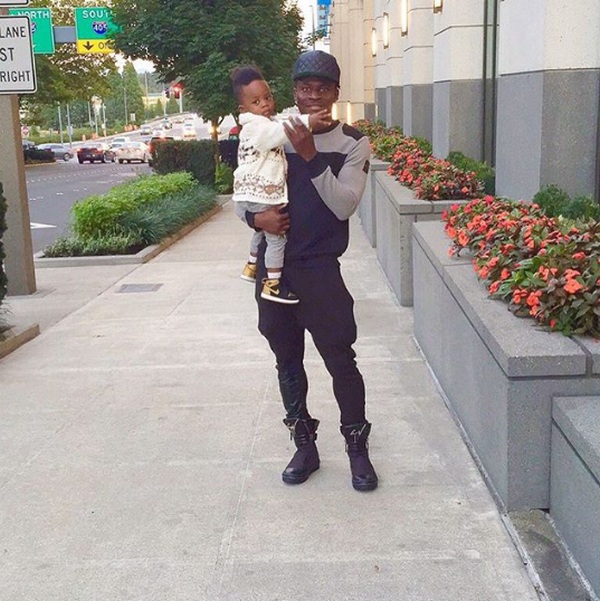 Obafemi had two brothers who were also professional footballers, his elder brother, Oladipupo Martin played in an Italian club called Reggiana which is located at Reggio Emilia. He also for Innsbruck in Austria and Serbian football club Partizan Belgrade. In 2009, Oladipupo retired as a footballer because of heart disease and later died in Lagos on the 8th of August, 2011.

In 2015, Obafemi got his younger brother, John Ronan Martins his United States green card which qualified him to play at Seattle Sounder FC as a domestic player in Major League Soccer (MLS). John still plays till date.

How much is Obafemi Martins net worth?

Obafemi Martins is one of the wealthiest Nigerian Footballers around with an estimated net worth of about $35 million, equivalent to 12.6 billion naira.

Obafemi remains very shrewd with his personal finances as is easily obvious with the weight of the contracts he has signed across te globe. However, he has recently been making increased business moves within Nigeria. He has been invested heavily in properties and real estate located around Lagos Island especially within Lekki, Ajah and VGC areas. Obafemi has also recently been spotted with Chinese construction workers in a Lekki site, developing the property for his latest business enterprise which is a Night Club that will rival the biggest in Lagos.

He is also a lover of luxury cars and houses which will be illustrated below! 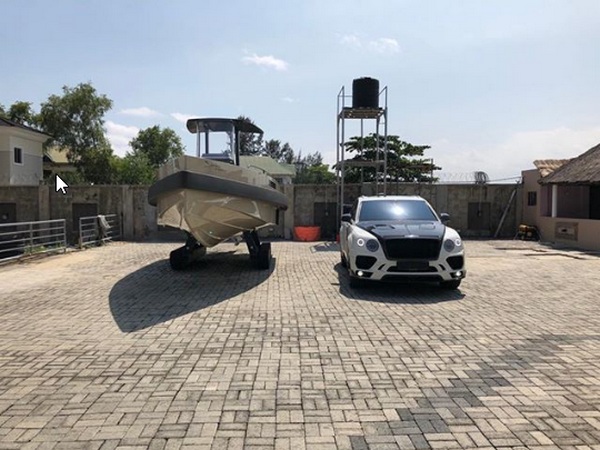 With such huge net worth, Obafemi Martins owns a rich garage

Some of the luxury cars in Obafemi Martins' car collection are highlighted below:

This is the latest of his cars and it worth nothing less than N71 Million. The Bentley comes with a 6L dual-turbo W-12 engine which as a top speed of 187 mph and can accelerates from 0-60 mph in just 4secs. 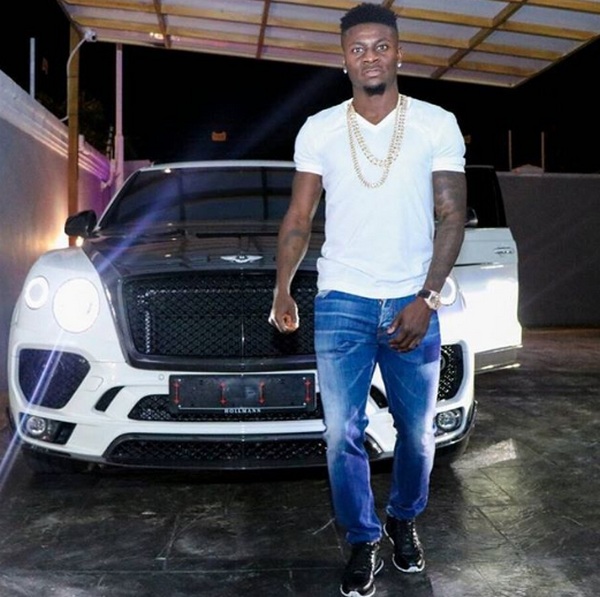 Obafemi's Bentley is worth over N70 million

Martins also owns a Mercedes Benz SLR McLaren which is known to cost as much as N250 million and is by far his most expensive mechanical automobile. This machine is similar to that owned by Femi Otedola and comes with a 5.4 liter M155 SLR V8 engine that supplies about 617 hp and 720 Nm torque. The supercar's engine weighs as much as 232 kg but still, the car performs creditably well, accelerating from (0-97) km/h in just 3.4 seconds. 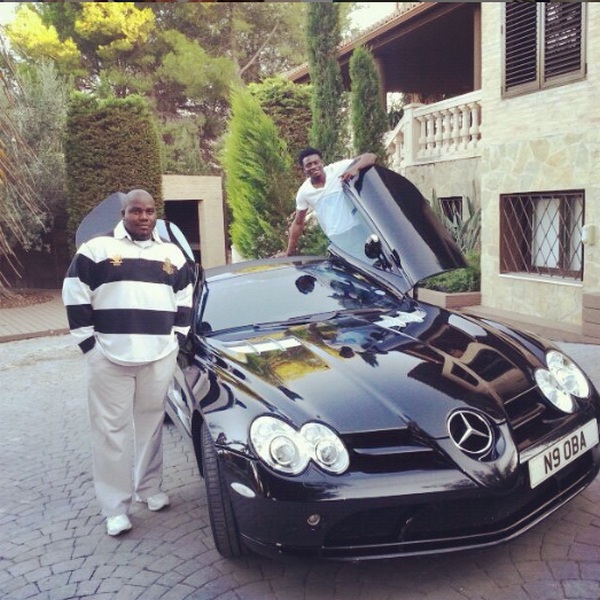 As you would expect, Obafemi Martins has a Lamborghini and it is an Aventador. This cost him about N162 million and the second most expensive member of his garage. This one is sleek and crazy fast and every classy guy like Obafemi should own one. 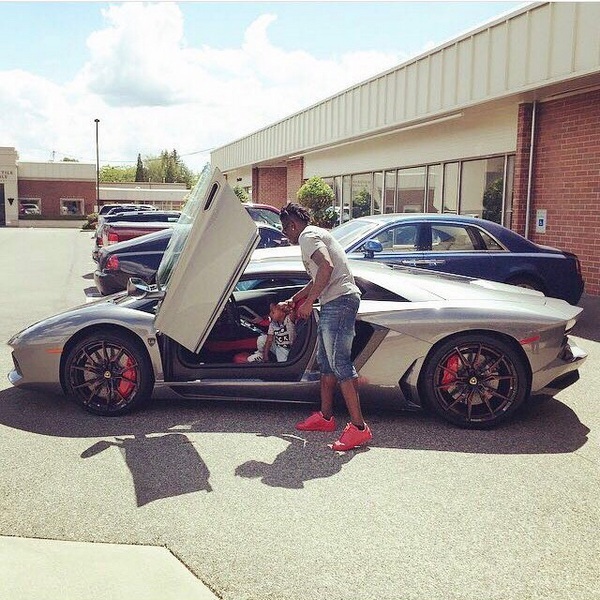 Martins seems to purchase similar cars like Femi Otedola. By our best guess, Obafemi Martins G-Wagon is similar to Otedola's AMG 63 G-Wagon. This beast comes with a 4.0 Liter V8 engine that supplies as much as 577 hp using its 9-speed automatic transmission. It easily accelerates from (0-100) km/h in about 4.5 seconds and can reach an elctronically limited speed of speed of 220 km/h. The upper price boundary of this beast stands at about N106 million depending on the package included. 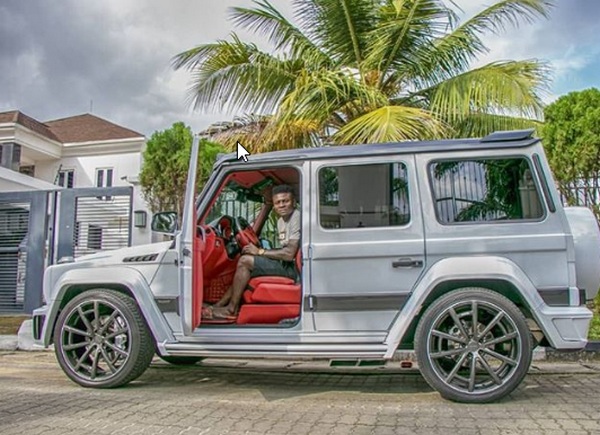 This beast comes with a 4.0 Liter V8 engine that supplies as much as 577 hp

Obafemi's latest addition to his garrage is a brand new Ferrari Spider. Our best guess is this is a 2019 Ferrari 488 Spider which has an estimated cost of well over N110 million.

The football star showing off his newly acquired Ferrari

Obafemi Martins also has an Iguana 31 Expedition Luxury Yacht which costs over N166 Million. Acknowledging this purchase, Iguana the manufacturer of the luxury yacht gave a shoutout to Obafemi on their Instagram handle; 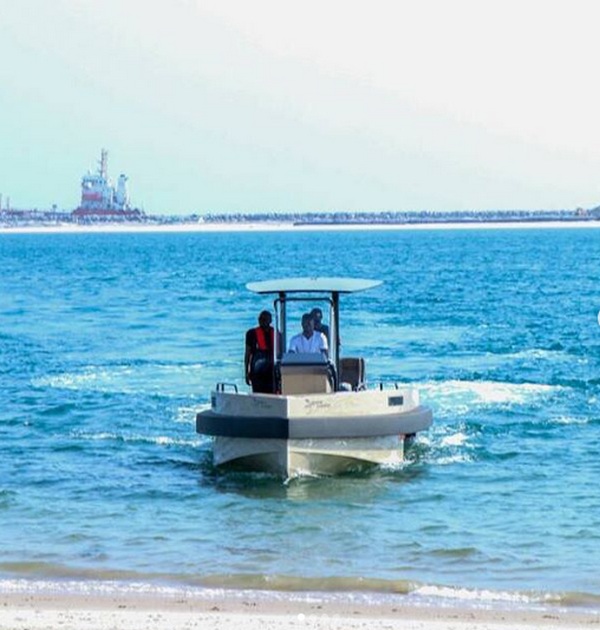 Obafemi Martins is the owner of two expensive mansions both in Nigeria and overseas. He has a very befitting mansion in VGC Lagos, Nigeria which worth about N500 million. The other one is in Como, Italy which costs about N800 million. Check the pics of his Lagos mansion below! 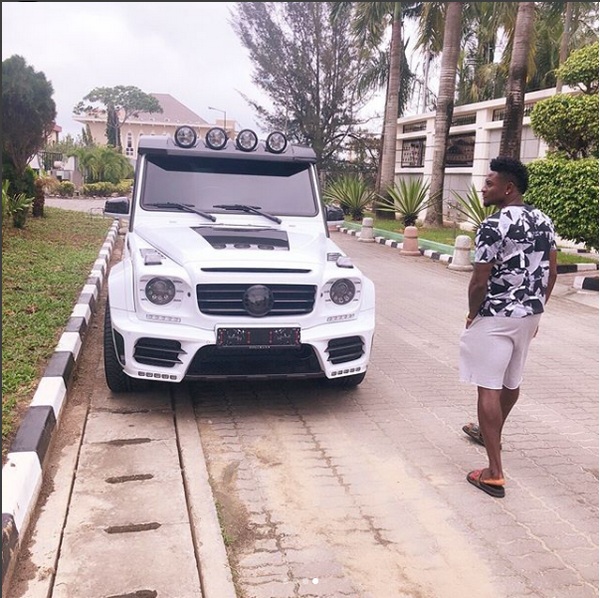 Obafemi started his professional football career in the early 2000s and has played in four different continents. Martins moved to Italy from Nigeria when he was just 16 and in 2002 he made his first senior appearance for Serie A side Inter Milan. His first Champions League goal was against Bayer 04 Leverkusen at the BayArena in 2003. This goal along with a last-minute effort from Emre was enough to put the Nerazzurri through to the Quarterfinals before being eliminated by AC Milan in the Semifinals. 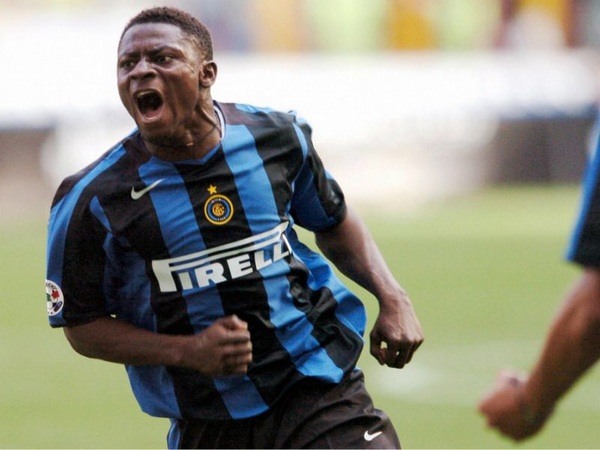 The young Obafemi Martins flying the Colors of Inter Milan

His time with Inter Milan saw him create many records, one being a record of the first teenage player to score in UEFA Champions League in three consecutive seasons. His stellar goal scoring form for Inter was enough to earn him an invitation to the Nigeria National Team which he wholeheartedly represented at three Africa Cup of Nations in 2006, 2008 and 2010 and as well as at the 2010 FIFA World Cup.

Martins also played for two English Premier League clubs, the first of these being Newcastle United which he signed for in 2006. He had a mixed time at Newcastle United where he was plagued by injury and fitness issues. But in 2007, he rediscovered his form and his performance that season was very impressive. However, in 2009, Martins ended his time with Newcastle United and made the move to the German Bundesliga where he signed for Wolfsburg for a 9 million euros transfer fee.

Martins remained with Wolfburg for just one season before moving on to Rubin Kazan in the Russian Football League. Obafemi Martins illustrious career has seen him play for teams like Birmingham City FC in England, Spanish side Levante UD, Seattle Sounders FC in the MLS and Chinese Super League side Shanghai Shanhua. 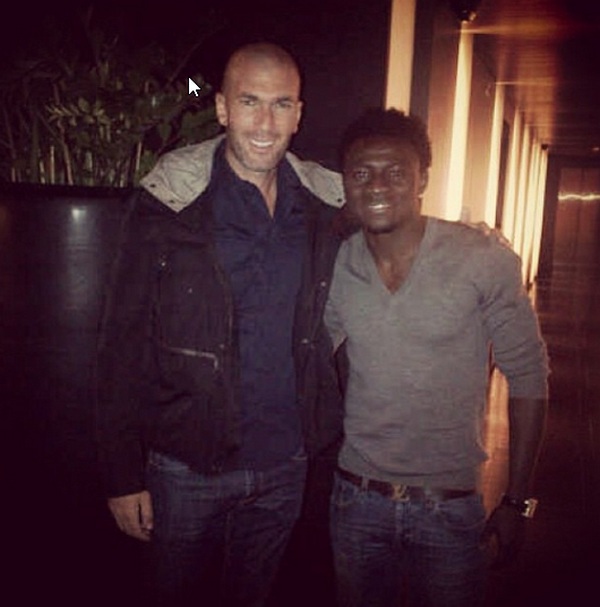 Obafemi Martins has a circle of really famous friends 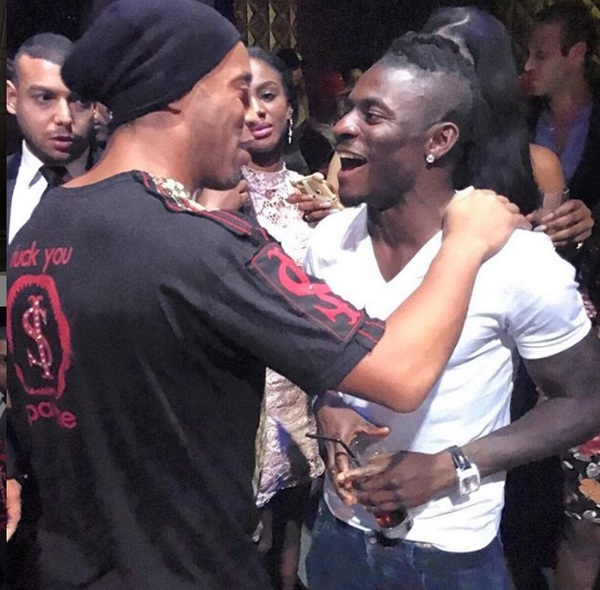 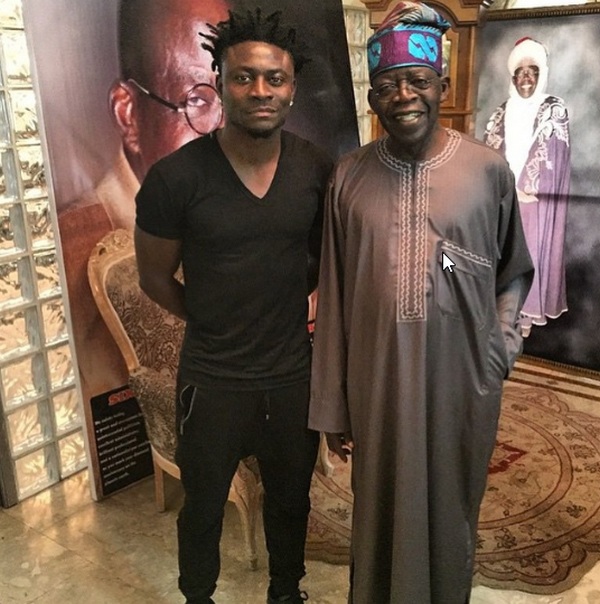 Obafemi Martins who is currently without a club after leaving Shanghai Shanhua is recuperating from a major Hamstring injury. The football star doesn't have immediate plans to retire, according to an interview he had with Goal.com, the striker commented; 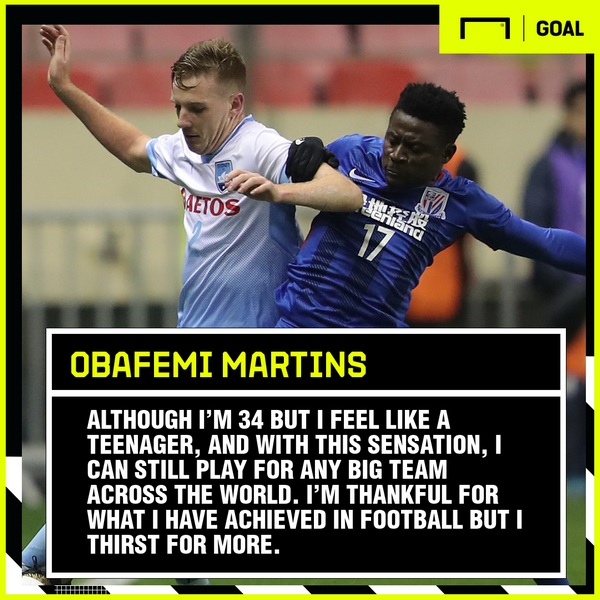 So good news is Obafemi won't retire soon though he is currently not playing for any club. However, even this guy doesn't make money from football fields, he already has his serious business investment in Nigeria. His money flow won't stop, at least in the near future.

That's why we believe Obafemi Martins car collection will expand bigger and bigger every year and we, Naijacarnews.com will update you on his latest addition.