The ex-member of P-Square recently gave his Instagram followers something to drool over as he shared pictures of his exotic fleet of cars. See all Peter Okoye cars here!

Peter Okoye of the defunct musical duo P-Square is in the mood to show-off, and this time, he’s going with his cars. The happily married father of two isn’t new to flaunting his wealth on social media, making many people wish they had his life. He took it up a notch higher by flaunting cars that a lot of people only dream of owning. For Peter, this isn’t a dream. It’s his reality. His love for cars makes him spend on some of the most expensive automobiles in the world.

So now, we will jump right to Peter Okoye car collection to see how Mr. P is enjoying his life! 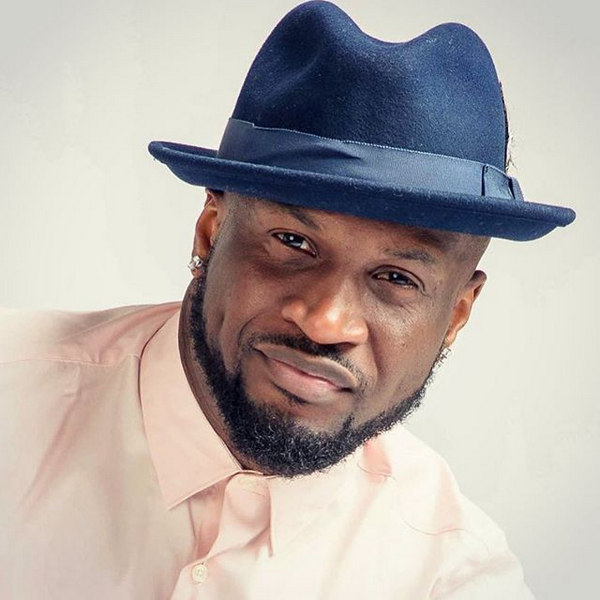 The P-Square ex-member is a true fan of Land Rover as he acquired two Range Rover SUVs in identical designs. The star is often seen flaunting these beautiful cars on his social account as well.

Each of these cars cost around ₦40 million to ₦60 million in Nigeria. 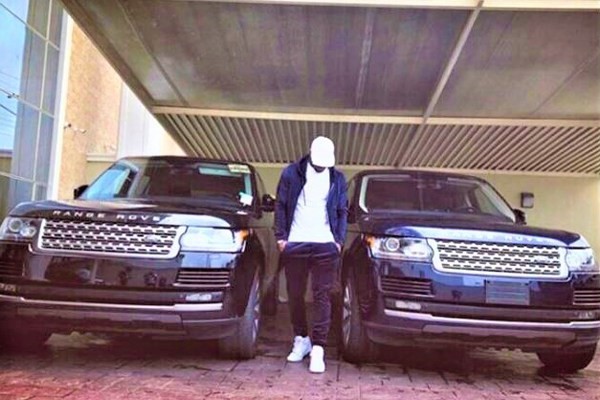 The truth is one in these cars was bought as a surprise gift to his wife. 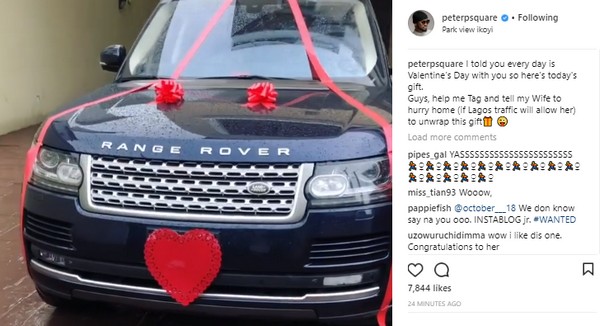 Like any other celebrity in Nigeria, Peter Okoye also bought a G-wagon for himself. This car model from Mercedes-AMG is not only intimidating by its look but also truly a beast when it comes to off-road performance.

To bring this car home, the singer is expected to spend at least ₦70 million. 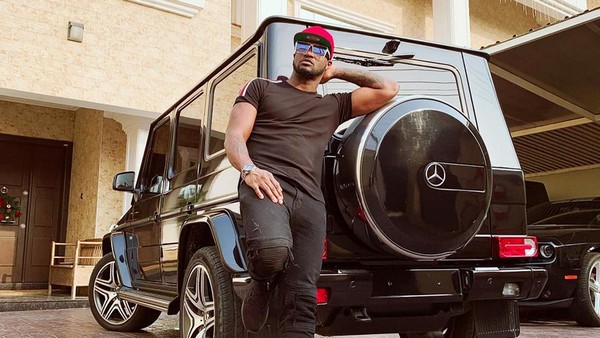 Almost all big boys in Nigeria possess a G-wagon

A G-wagon for off-road trip is not enough, so Mr. P got a Jeep Wrangler as well. This car looks merrier than its Mercedes counterpart, promising a more fun journey when Peter hangs out with his friends.

The base price of a brand new Wrangler is ₦11.5 million but of course, buying it in Nigeria will cost much more. Perhaps doubling that amount. 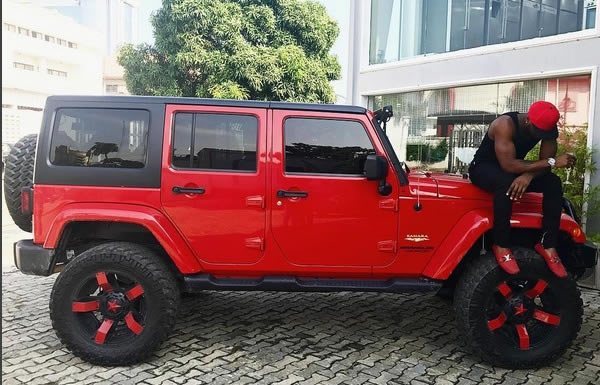 Next comes the sporty Mustang by Ford, which has a starting price of around ₦13 million. If you add up delivery fees, import tax or custom clearing cost, the total amount Peter must pay should be no less than ₦20 million. 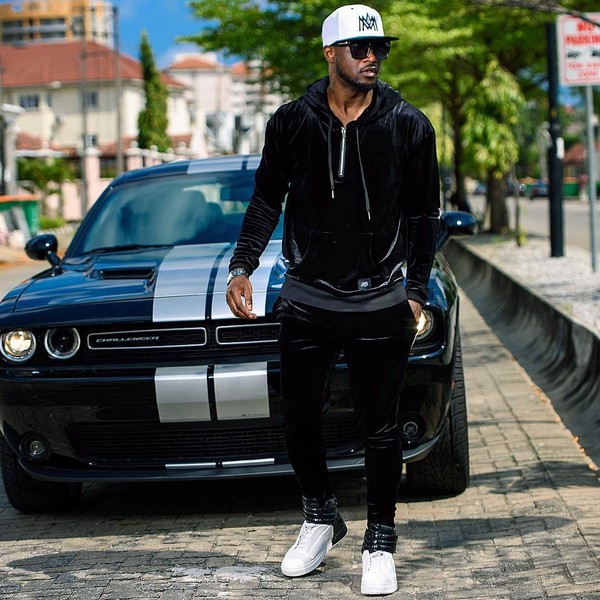 Another sleek design in Peter Okoye car collection is the following Porsche 718 Cayman. The car is sold at ₦24.6 million for the starting price, excluding shipping cost and clearing fees. 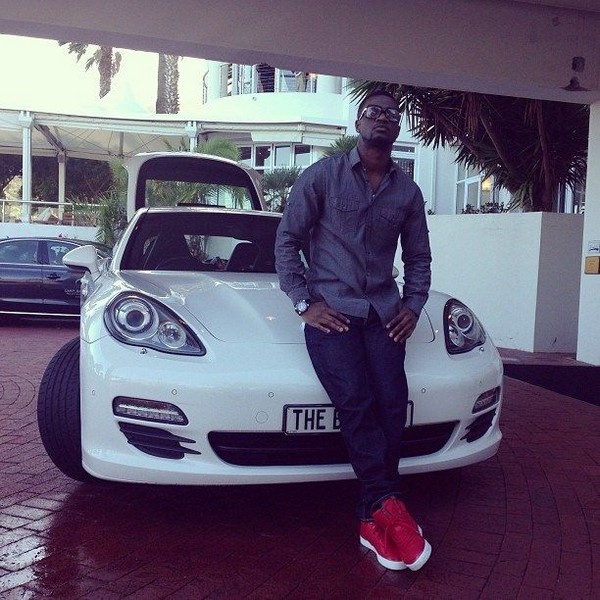 2. More facts about Peter of the P-Square

Giving online audiences a glimpse into his car fleet, Peter is obviously proud of his achievements. But his cars aren’t the only things he likes to flaunt. If you are active on Instagram, you must have come across his elegant home. The masterpiece is tastefully decorated and has a lot of rooms to accommodate a small village. 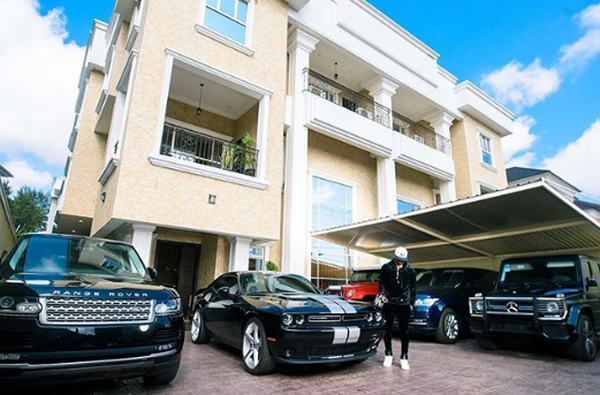 Peter Okoye used to be a member of the hugely popular musical group P-Square which consisted of himself and his twin brother Paul. Together, both of them released hits including Busy Body, Last Night, Do Me, Onyinye, Chop My Money and a host of other songs. As one of the most sought-after acts at the time, P-Square made a lot of money that can last them a lifetime from their musical career.

Unfortunately, they had a series of issues including finance and family. When things got out of hands, they both went their separate ways musically. The breakup of Psquare gave birth to a new solo Artiste in the person of Mr. P (Peter Okoye).

Proving those who thought his solo musical career was dead on arrival wrong, Mr. P has released songs that can pass as hits, and has remained relevant in the music scene standing independently. He is married to his gorgeous wife Lola who’s the mother of his two lovely children. 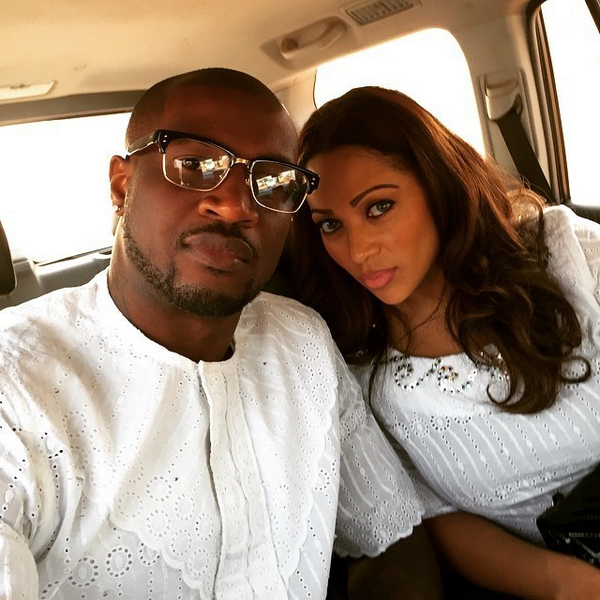 Having worked for a long time in music industry, Peter Okoye has accumulated a huge sum of money. His estimated net worth in 2019 is $16.2 million (equal to ₦5.8 billion).

Many people even question whether Paul Okoye or Peter Okoye is richer. According to our reports, Mr. P has earned more than his twin brother as Rudeboy net worth is just around $15.4 million.

Actually, Peter Okoye car collection may have more than that but based on what we can gather from available sources, that's the most frequently seen automobiles in Mr. P garage.

Should you have more to add or ask any question, leave comments below this post!