Peter Okoye is doing well for himself, and he wants the whole world to know about it! Check out the exotic fleet of cars shared online by the Singer!

Peter Okoye – a member of the defunct musical duo group P-Square is letting the whole world know that he is not doing badly as a solo Artiste. Taking to micro-blogging platform, Instagram, the happily-married young man flaunted his exotic fleet of cars.

While the flashy cars seen in the photos are a pleasant sight to behold, the caption accompanying them is also interesting. The talented singer who is also a dancer said:

As expected, his fans posted their goodwill messages, and wished him more success. 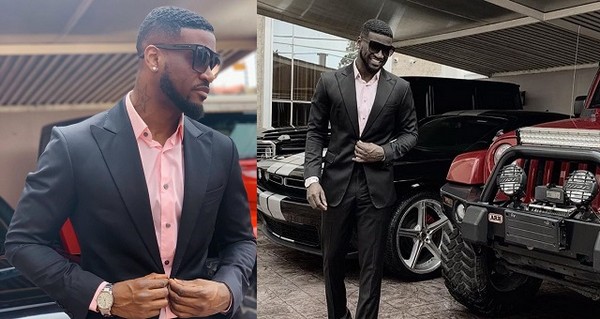 Peter is the twin of Paul, his former P-Sqaure group member

>>> It hasn't been long Mr P flaunted a different set of cars! Peter Okoye cars shown off in new photos

Peter and his twin brother Paul were members of the hugely popular group P-Square. Together, they released several hit songs that established them as one of the most successful musical groups on the African continent. It came as a shocker to their fans when they announced their separation a few years ago. Both of them have moved on to establish their solo careers.

While they are doing well in their individual careers, their fans miss them together, and hope that they will come back someday.