Once dreamt to be a pilot, who knows time would turn a young boy into a prominent artist in the music industry. Check out the impressive properties of rapper Phyno including his latest car and houses!

There has always been a hype about anything that belongs to Phyno, one of the most famous rappers in Nigeria. Phyno cars collection and houses always invoke endless discussion amongst us Nigerians. We just love to talk about him and imagine how rich he is. 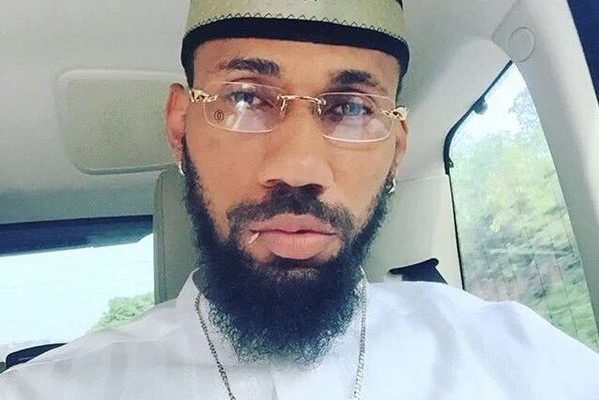 Phyno has become a Nigerian phenomenon, exactly like the nickname he chose

This is the latest car in Phyno's car collection. Bentley Continental GT is the most symbolic stature in the Bentley Grand Tourer line with its shiny look and state-of-the-art design. But don't let that luxury fool you, its performance is mesmerizing too. Recently, its name has been written in the Guinness book by being the fastest car running on ice. 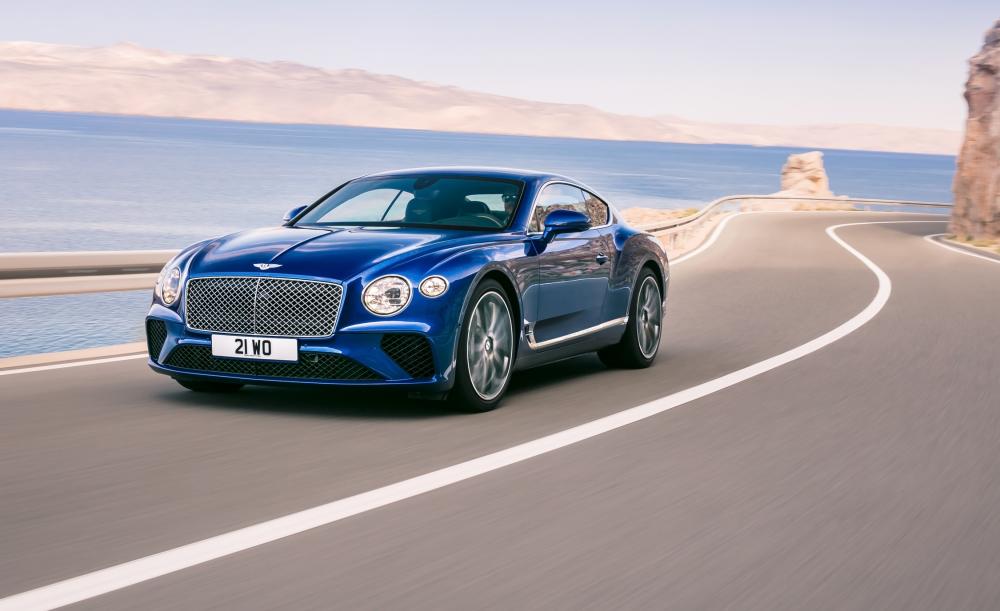 Just like many of us, Phyno developed an interest in the famous brand from Britain - Bentley

The Bentley Motors has done a wondrous job of combining an impressive number of horsepower into a luxurious car, giving the passengers inside the like-no-other grand style experience. To this day, very few companies could do such a job nearly as good as the famous car brand from England, and that's how they acquire their unparalleled reputation on a global scale.

The car was intended to be a beast hidden inside a “gentlemen”. With that in mind, the brand decided to integrate the vehicle with a powerful engine.

Indeed, the 6-liter 12-cylinder engine did a great job of producing more than 570 hp. It goes without saying that the car would understandably drink a lot of fuel, more than 26 liters per mile to be exact. Though the fuel cost doesn't matter to the one who’s wealthy enough to purchase a whole Bentley in the first place, stopping for fuel frequently is not an attractive scenario. Thus, Bentley has adapted and brought to the table a new version. They compromised the horsepower a bit but in exchange for a better fuel economy with the 4-liter V-8 engine.

Unknown to the general public, Bentley assembles its each and every Bently car by hand. That's how they can maintain its interiors as well as exteriors to the finest. Interestingly, even though this model only has two doors, the 2 meter-wide car has enough space for 4 people, no matter how tall they are, to freely move around inside. What's more, the seat positions can record the person favorite posture and preset it the next time they get inside the car. 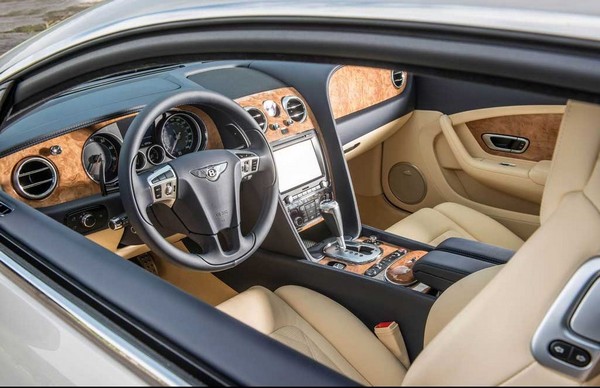 Now let's talk a little more about its exterior. You can easily see there are some similarities to other latest supercars recently, but all contained in a coupe model, with the roof extend fully to the rear. 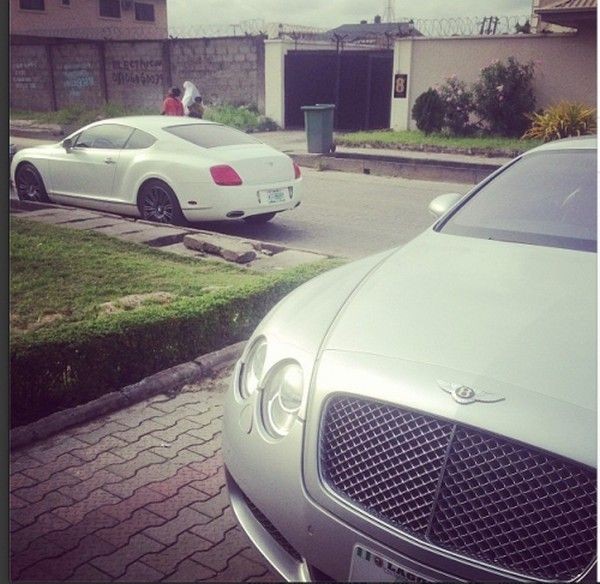 A rare pic of Phyno Bentley car leaked out

The first features this model inherits from its predecessor are the 21-inch wheels, the oval-shape tailpipe nozzle and the bumper connected seamlessly with the bodywork, nothing say “sports” better than all those smooth details. The sporty sensation is even more pronounced through the elaborate wings on the side of the car.

The interior is made with extra care, from the high-quality materials that made up the leather details to multiple options of colors from which customers can choose. The steering wheel is also elaborated with symmetrical shapes and lines, and of course, the shiny iconic "B" letter that represents the brand. 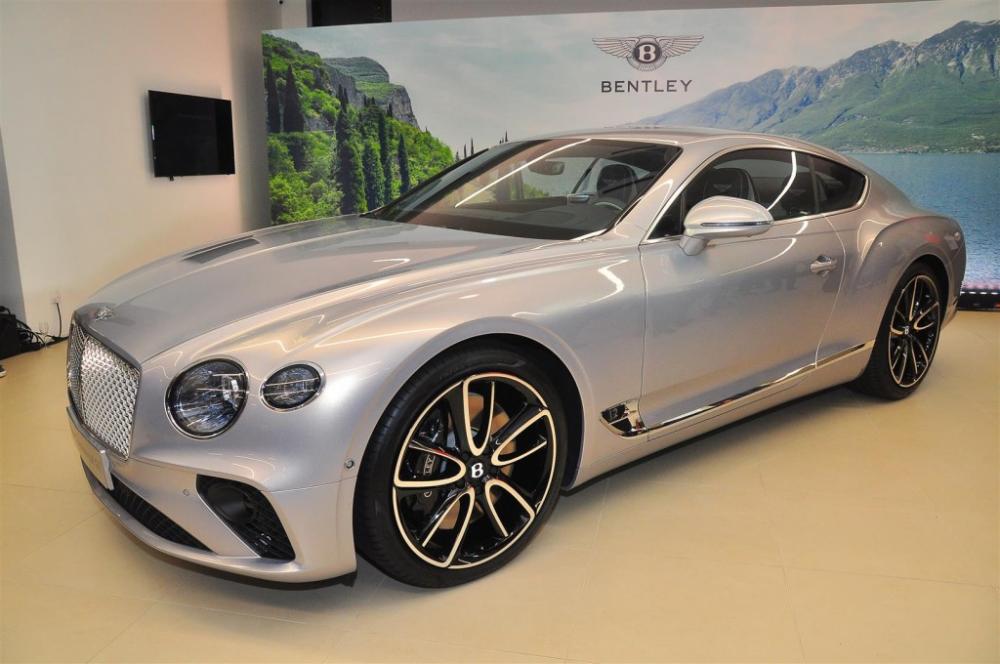 Though positioned in the luxury segment, it's bodywork still yells "sports"

The Continental car comes with a convertible version, with the beautiful diamond-shape pattern sewn on the door panels and seats. It is also better than the standard version where the engine now can produce up to 635 hp and more than 800 Nm torque, which can propel the car forward and reach 100km/h within 3.0 seconds, up to 331 km/h max. The standard version is a little slower, 327 km/h.

There's no official revelation about the price tag of Phyno's Bentley but as a leading car site in Nigeria, Naijacarnews can give you some hints about this model pricing.

The manufacturer's suggested retail price for a brand new Bentley Continental is ₦73.7 million, excluding the shipping fee, import tax or clearing cost at the port. That's why to get his car delivered to Nigeria, Phyno probably paid at least ₦105 million in total.

Aside from the Bentley, Phyno car collection also include a Toyota Avalon, a Range Rover Sport and a Rolls-Royce Phantom. All these cars are luxury models which cost a fortune in Nigeria.

The price tag of Phyno's Avalon is estimated around ₦13 million while he might have to pay up to ₦90 million for his Range Rover. 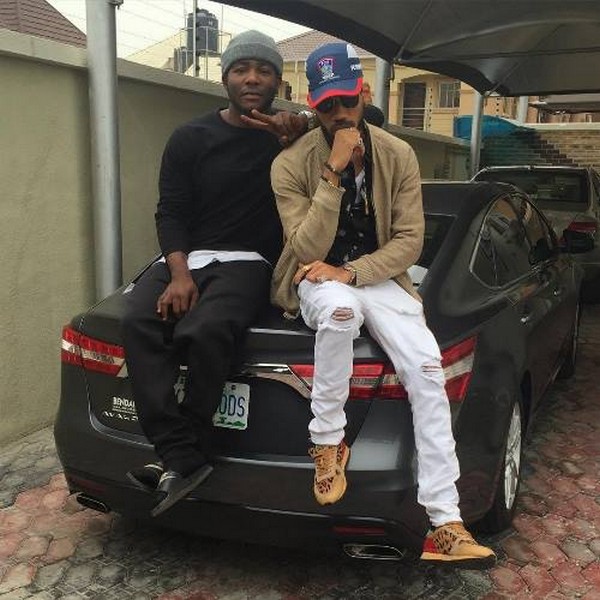 The famous rapper often drives his Toyota Avalon to events

If the Range Rover Sport is a toned-down sort of vehicle compared to the Bently, both of which he switches between events, the Avalon is more of an everyday use vehicle. This model was introduced back in 1995 and it was one of the best sedans you can have from Toyota. 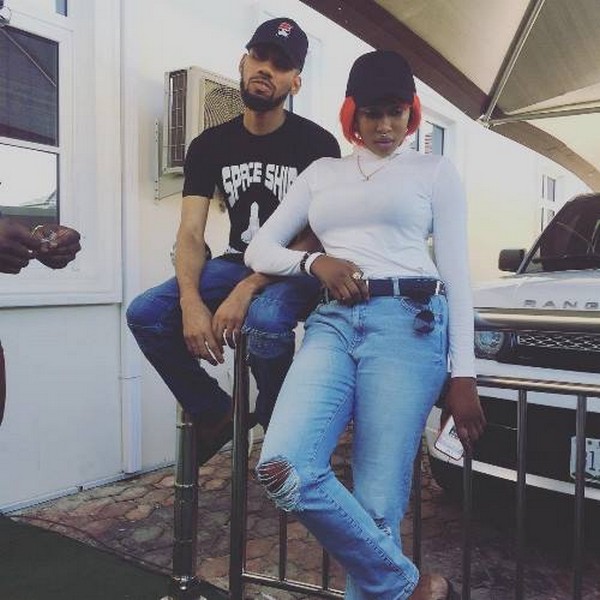 Another luxury model in his collection is the following Rolls-Royce Phantom which cost a whopping price of ₦170 million. Driving a Phantom around affirms Phyno's status as a superstar in the music industry. 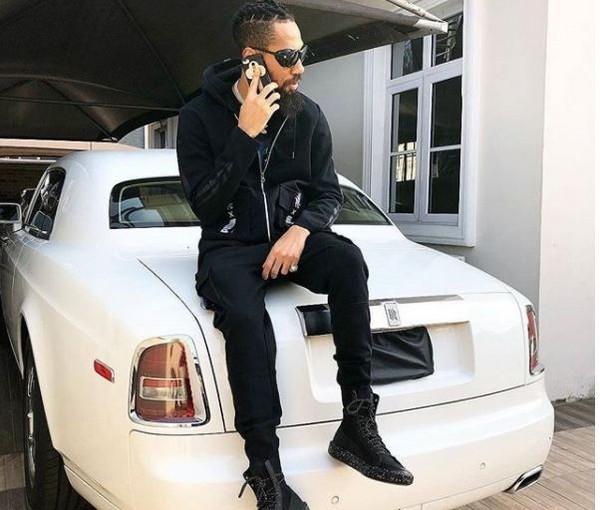 Phyno is seen more often with his Phantom online

>>> Check out the garage of No.1 blogger: Linda Ikeji cars cause her headache everyday

He chose to settle in Lagos by buying a mansion here and another million-naira flat duplex at Chevron Drive. Those indeed cost a fortune to most of us ordinary people, but money is no problem to him, especially when he has gained such a great reputation through collabs with many famous artists and sold a lot of albums, both online and offline. 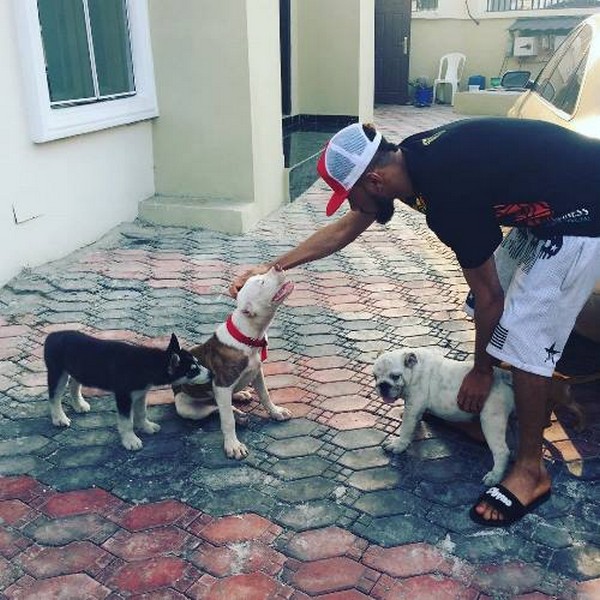 Phyno playing with pets in his house

The mansion which is reported to cost at least ₦170 million has 3 bedrooms and is decorated in minimalist style. 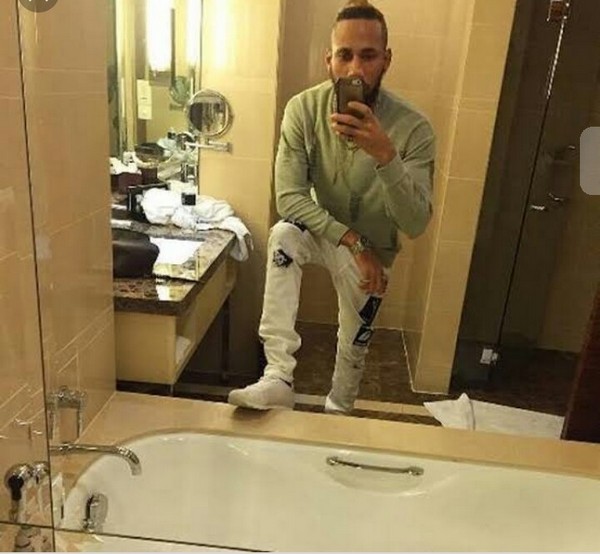 Take a look at his luxury bathroom!

The successful rapper is also rumored to acquire another ₦70m luxury house in Enugu - his hometown. He may want to spend more time with family and friends there. 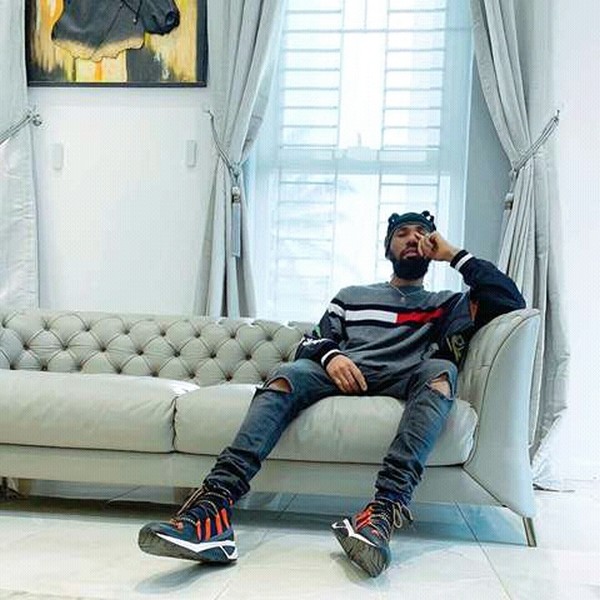 >>> Other collections of celebrities' cars and houses on Naijacarnews:

4. More about biography of Phyno

Phyno's real name is Chibuzor Nelson Azubuike. He knows how to draw attention and he is indeed a real talent. The most obvious evidence is he has won multiple prizes and awards from prominent music institutions. He was even named as the man of the year.

Phyno was a young boy from a typical family, with the dream of becoming a pilot in his early ages. It turned out totally different. He attended the IMT school, specialized in Public Administration. Somehow, he developed an interest in music in his second year and started his career since then. Once, one of his folks complimented his performance, calling it "phenomenon", and that's when he decided to make an artist name out of it - the "Phyno". He decided to settle in Lagos in 2010 for his career and his first rap song was recorded there. 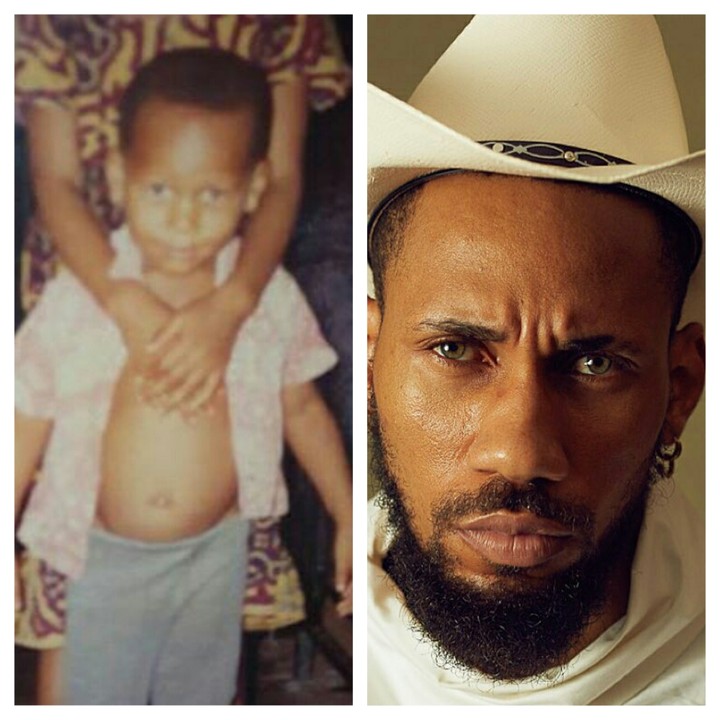 He is now recognized as one of the most prominent artists in Nigeria. Not only he writes his own song, but he also sings and produces it. The main language in his creations is a combination of Nigerian Pidgin and English.

By composing songs then performing and selling them on the Internet all by himself, he managed to make a fortune through his years performing in Lagos.

In 2019, Phyno net worth is estimated at $7 million, translating to over 2.5 billion naira.

Many people rumoured Phyno was the father of Rita Edmond's child but the rapper denied all relations to this baby. He insists he remains single till date.

Regarding Phyno's family, his parents are natives of Anambra but he was born and raised in Enugu. He has 3 older sisters and 1 younger brother. Phyno often seems to be quite attached to his family as this man often shows off his mother and siblings on his social account. 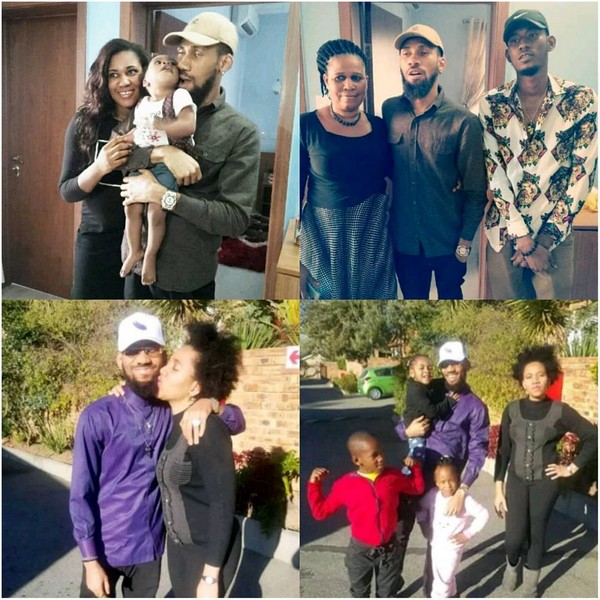 Happy pics of Phyno with his family members

Not many but all impressive is what we would say about Phyno cars and houses here. It's not a coincidence that this rapper has such a huge number of followers. Clearly, he is not only a talented artist but also a well-behaved son to his parents. Such man deserves admiration for long.