Snoop Dog, old school rapper, is indeed the father of modified cars as he owns a lot of them in his garage. Click here to see the incredible customization by Snoop Dogg on his cars

Calvin Cardoza Broadus, who is popularly known as Snoop Dogg is an old-time rapper, who has been celebrated for years through his unique style of music and striking personality. With a net worth of $135 million, Snoop Dogg journey to fame is quite an interesting one, especially in 1992 when he was brought into limelight by Dr. Dre. Ever since then, he has sold more than 35 million albums globally.

Snoop Dogg has a lot of regard for the culture of customizing cars, especially highly modified cars. This can be seen clearly in Snoop Dogg's car collection, which will be introduced below by Naijacarnews. The 1960s and 1970s Cadillac and Buicks are said to be his favourites. This has been a focal point for his public image, family and individual private life as well.

This is the most outlandish and one of the most remarkable cars owned by Snoop Dogg. The three-wheeled car is valued at $26 199, which is quite less expensive especially when you check the cash he splashes on other cars he owns. It is a comfortable and fast car to cruise town in. according to his taste, it comes equipped with side by side bucket seats and adjustable steering wheel.

At a weight of 1,743, it is powered by an inline-four 2.4-liter GM Ecotec car engine. It came customized with a stylish purple and blue blinking dashboard, chrome blue paint job and lots more. Snoop loves calling this Polaris Slingshot “The Batman”. 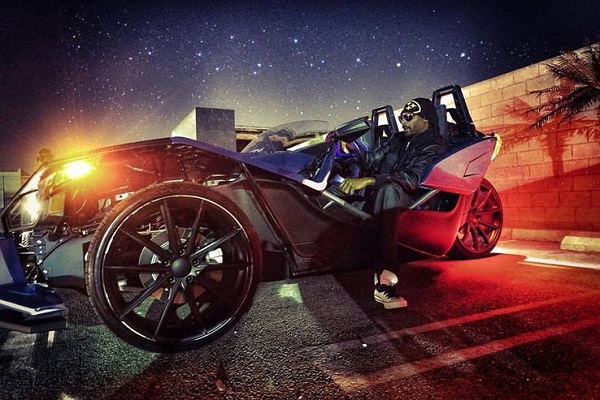 Snoop Dogg was made Chrysler spokesman for TV Commercials in the early 2000s. This eventually led to massive increase in the company’s sales. For this, Snoop Dogg was gifted a brand new 300C for a job well done. Since Snoop is a big fan of modifying cars, he had its own lowered with some massive chrome rim, coupled with body kits, blacked-out taillight and window. 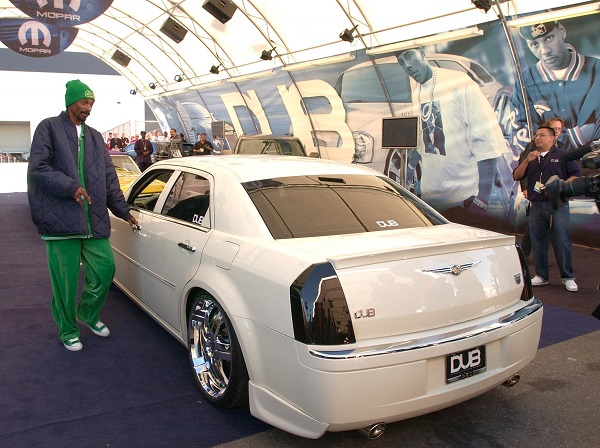 The customized Lowrider is another custom-made Cadillac Deville in his garage, with the special name “Snoop Deville”. Its shade of green body paint is Snoop’s favourite colour, hereby getting Snoop get featured on the Lowrider network since he has high regard for the culture of Lowrider itself. Snoop Doggs hand picks his cars to suit his desire and further pronounce his personality. 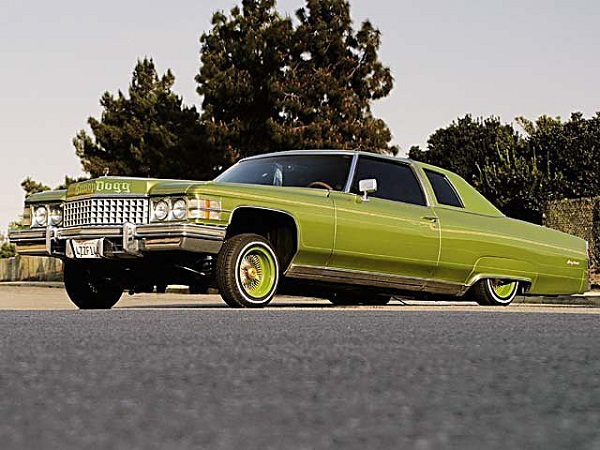 We cannot but declare that Snoop Dogg has many Cadillac cars. This model is definitely is one of his favourites, which he decided to nickname “Brown Sugar”. One of the striking features is the presence of chandeliers over the seats at the back. This car had been at the Henry Ford museum for quite a long time, for tourists to be able to catch a glance at this beautiful art. The trunk design features what looks like Snoop and sons, Cordell and Corde. 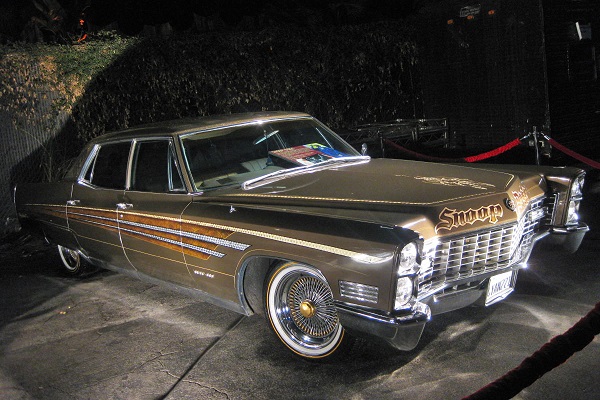 With his name written boldly at the front of the hood, the 1967 Cadillac "Brown sugar" is snoop's baby ride

>>> A lot of car collections from celebs are available on Naijacarnews:

This appears to be the third Deville from Cadillac in Snoop Dogg's car collection. This 1968 model display “Snoop Dogg” right at the front of the hood. This pimped automobile also comes modified with a large decal reading “The Church” with a bible quote, Snoopy and his beautiful family. 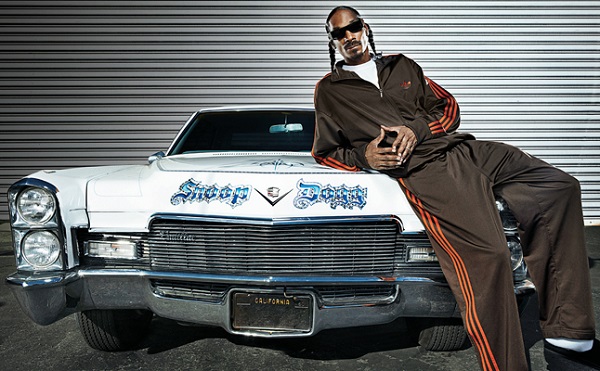 Snoop’s garage contains atleast 2 classic Buick Riviera. This one in particular is the second generation and was manufactured in1968. The production for this generation ran for five years (1966-1970).  Despite being redesigned for the model year of 1966, the 1968 Buick Riviera still retains the powertrain, brakes and cruciform X-frame.

The new features include the additional 200 pounds to its wider, longer and newly bodacious shape. It offers 3 engine variations such as Buck V8 7.0-liter, Nailhead V8 7.0-liter and Buick V8 7.5-liter, with generative output of 360 horsepower. Snoop has featured this model in “Vato”, 2006 music video. It comes modified with pink wheels and the picture of him, newborn daughter and wife are shown on the decal placed on the hood, which reads “Dogg’s angels, me and my girls”. 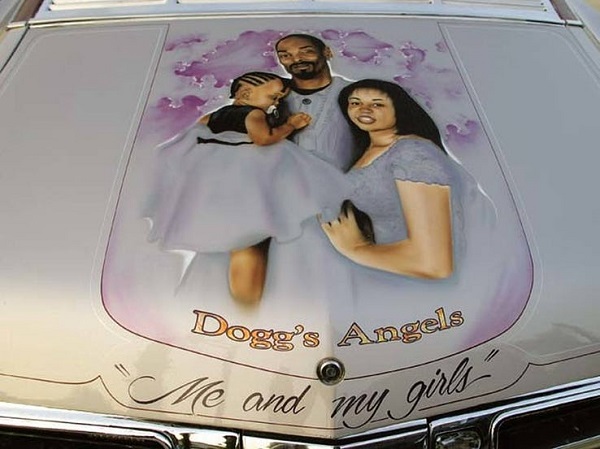 Kobe Bryant left holes in the heart of many basketball fans across the country when he retired in 2016 from the NBA. He was among the three most loved Lakers and unarguably one of the greatest of all time. Snoop is a big fan of Kobe Bryant and he decided to honour him in style.

He gifted him a pimped 1966 Pontiac Parisienne, painted in Lakers colours, which are yellow and purple, with many icons of Lakers painted on the hood. These icons include Kobe, Magic, Shaq, Kareem Abdul-Jabar, Broadcaster Chick Hearn, Wilt Chamberlain and Snoopy himself. 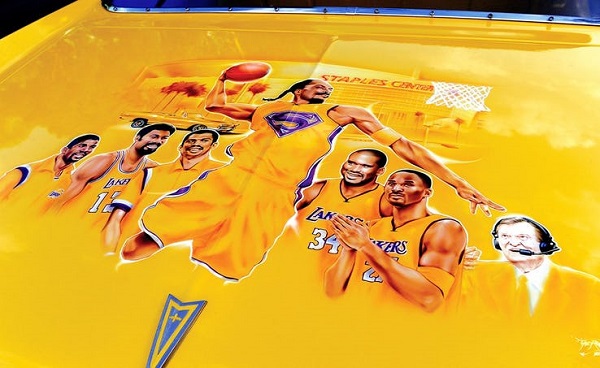 Funkmaster Flex and Snoop Dogg are from the same industry and they share similar love for cars. Flex is enlisted by Ford for his impeccable skills in car customization, requesting his workmanship on the 2011 Mustang GT for Snoop Dogg. The customized Mustang offers Baurtwell custom taillights, engine enhancement (zero to 60mph in 4.6 secs) and 3dCarbon body kit. The car comes in blue colour paint with “Snoop Dogg” stylishly written over the windshield. 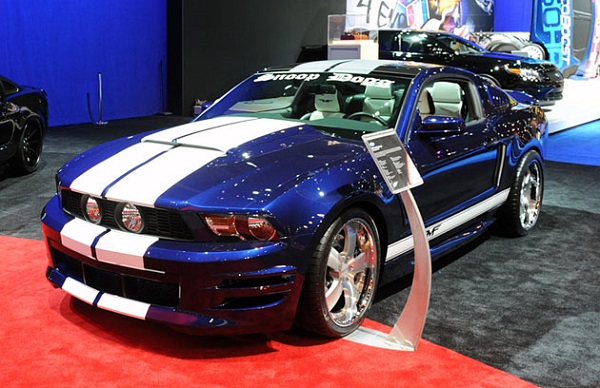 Snoop's Ford Mustang GT was designed by the Funkmaster Flex, a special order from the automaker

Snoop is a proud owner of the dogged Dodge Challenger SRT8 for the 2008 model year. It comes equipped with V8 6.4-liter engine with an output of 463 horsepower coupled with many customized parts. Snoop was invited by Dodge to test this Challenger before purchasing it, where he burnt out the tires on the track. 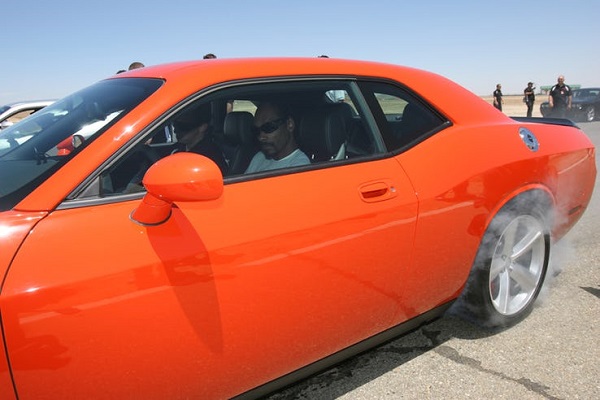 In case you didn’t know; Snoop is a coach at the Rowland Height Raiders football club. Since the footballers would need to move around, Snoop decided to pimp them a bit by getting a customized school bus in their name, with the help of Slice, his friend.

>>> Recommended for you: Arnold Schwarzenegger ‘The Terminator’ amazing car collection

Snoopy also owns a yellow and gold 1967 Parisienne Convertible, which he adores very greatly. The car is fully detailed in yellow, from its exterior, seats, dashboard and the steering wheel. 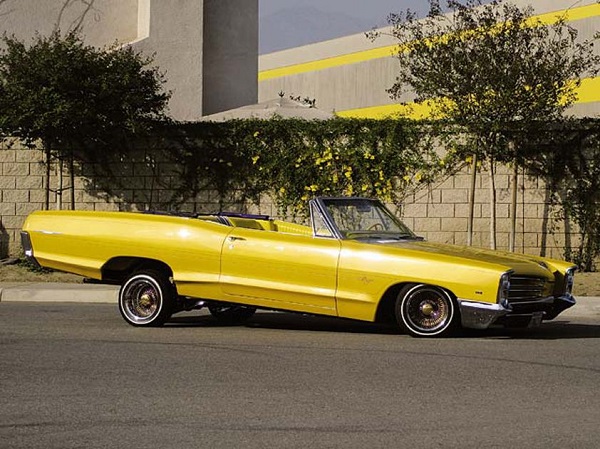 What do you think of Snoop Dogg’s pimp jobs on his cars?

See more of his lifestyles as well as other toys in Snoop Dogg's car collection below!