One of the most loved musicians in the world, Justin Bieber, isn't all about bikinis and music. He sure loves beautiful and luxury cars. Click here to see his car collection!

With hundreds of millions fans across the globe, the sensational Justin Bieber isn’t all about music and hot girlfriends; he sure loves good cars. These cars aren’t just any car but super expensive. Here, let’s take a look at some of Justin Bieber’s luxury car collection, compiled by Naijacarnews.com!

This CTS-V Coupe comes equipped with a supercharged 6.2-liter engine with the generative output of 556PS and 747Nm of torque. Justin has decided to use “Batmobile” as nickname for this model with lots of modifications. These include dark blue headlights, batman badging, self-opening door, personal logos and black crystal dashboard featuring his initials. 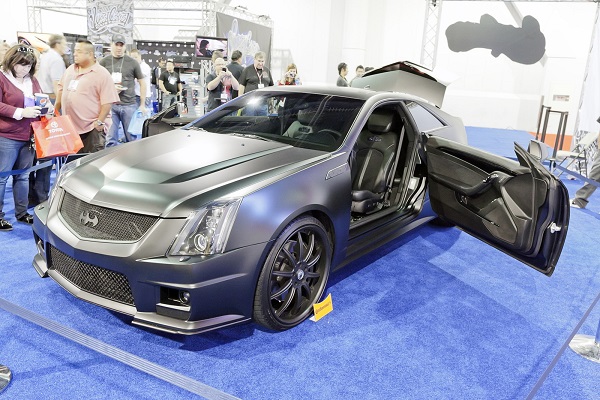 This beautiful piece was gifted to Justin Bieber by Scooter Braun, his manager. This Fisker Karma (chrome-wrapped) as at the time it came out was among the most exclusive plug-in hybrids you would find in the market. It promises a GM-sourced 260PS four-cylinder turbo-gasoline engine, spinning a generator that disperses electric power to the twin AC motors, producing 402PS jointly. It also comes with a roof made of solar-cell. 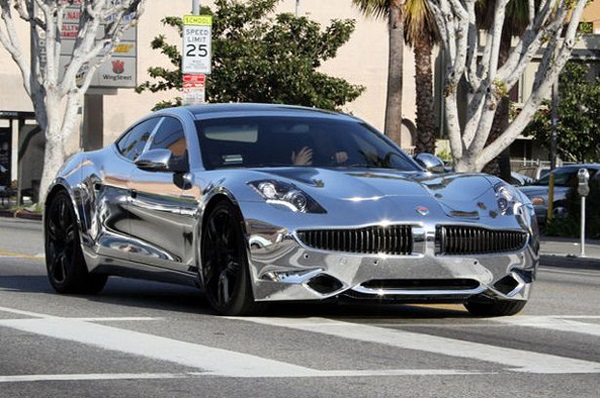 Justin got this exclusive hybrid plug-in Fisker Karma as a gift from his manager, Scooter Braun

>>> Don't worry, Tracy can buy an entire brand new model in no time: Comedian Tracy Morgan gets into a car crash 30 mins after buying his $2 million Bugatti supercar

It is obvious Bieber is loved by so many people. This luxury car also came as a gift from Usher, his friend and mentor. This all-black Range Rover was given to him in 2010 on his 16th birthday. The top specification variant comes equipped with supercharged 5.0-liter V8 engine with the capacity to produce 510PS of power and 625Nm. 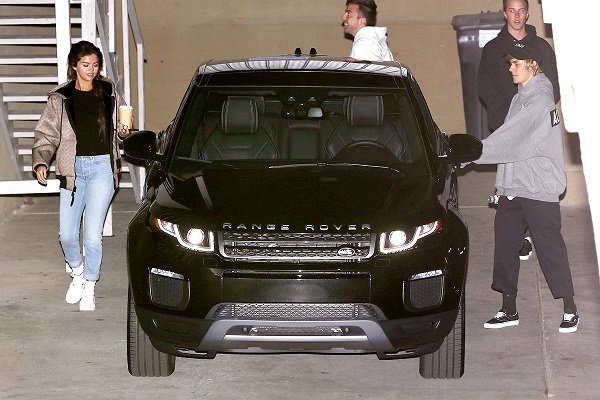 Justin Bieber was spotted with Selena Gomez, alongside Range Rover gifted by Usher

This model – Porsche 997 – is one of the most known versions of the 911 Turbo. It comes equipped with flat-6 3.6-liter turbocharged engine with the generative output of 480PS and 624Nm of torque. This speed machine is capable of accelerating from a standstill of zero to 100kmph in just 3.7 secs. It was fitted with red-outlined black rims and painted black by Justin Bieber. 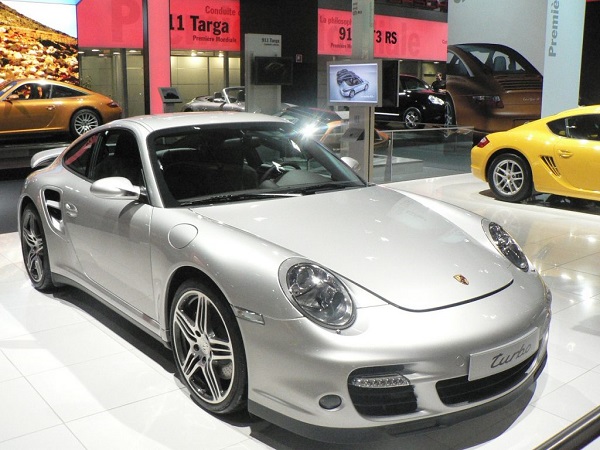 This Bieber’s supercar by Ferrari features a naturally aspirated 4.3-liter V8 engine with the generative output of 490PS and 465Nm of torque. The automaker believes this car will easily accelerate from a standstill of zero to 100kmph in just 4 secs flat. Gestione Sportiva F1 Racing Division was responsible for the development research for this model. This car was purchased by Justin Bieber himself when he clocked 16. It features black matte with red-outlined black rims, similar to his Porsche. 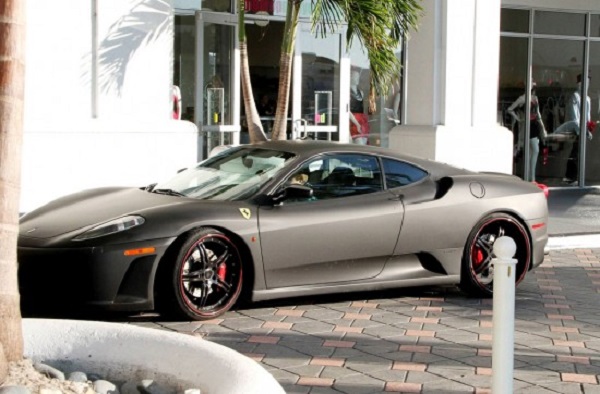 With 490PS of power, 'Sweet Sixteen' couldn't get better for Bieber

>>> You can get as many cars as you want when being a star: Top 7 African footballers with the most expensive cars

This has come as a perfect replacement for the Murcielago. It offers generative output of 580PS and 650Nm of torque. There is a claim by the automaker that it would accelerate from zero to 100kmph in an incredible 2.9secs. The white Aventador owned by Bieber has been exposed to series of modifications from a shop known as RDB LA Five Star Tires. 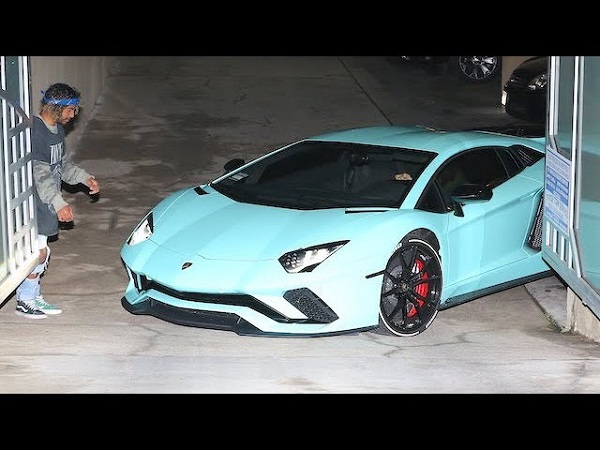 Thanks to RDB LA Five Star Tires, this supercar has been tuned to exactly what Justin wanted

Looks like Bieber already found a replacement for the F430. The elegant 458 Italia comes equipped with V8 4.8-liter engine with the generative power of 570PS and 540Nm. It accelerates from a standstill of zero to 100kmhp in just 3.4 secs. It offers a peak speed of 323kmph. This 458 Italia was taken to West Coast Customs to get it customized to his taste. It has a Frozen Blue Wrap, Liberty Walk body kit and a sound system as much as 2000W. 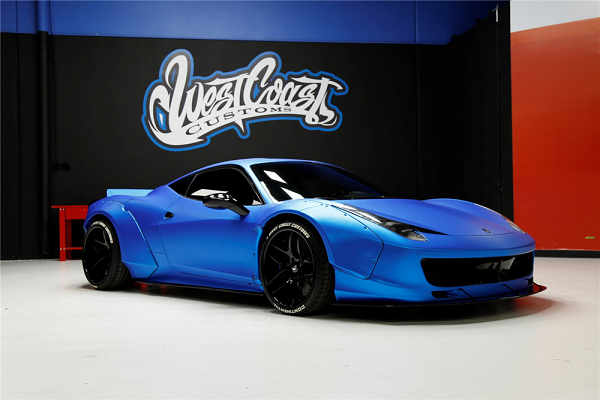 Justin owns Audi R8 first-generation, which was taken by him to get it wrapped in leopard print at the West Coast Customs. The appearance of the wrap might be questionable but it sure has lot of power under its hood with its V8 4.2-liter engine and a generative power of 430PS and 316Nm of torque. 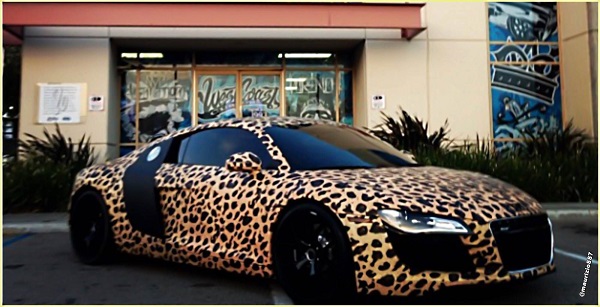 >>> Who is this Nigerian guy? Mega-birthday present! Man splashes N115 million on Lamborghini Aventador for himself!

Exotic gifts just kept coming in for Bieber on his 16th birthday. This Gallardo Spyder came as a gift from popular American rapper, Sean Combs also known as P Diddy. Promise kept! It comes equipped with a 5.2-liter V10 engine with an output of 550PS and 540Nm. 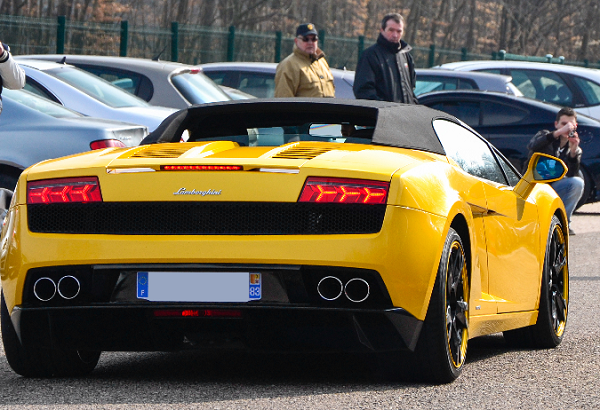 After several months of promise, Justin finally got his super-exotic gift from Sean Combs

>>> FYI: Sean Combs is not the richest hip-hop artist, here he is: Jay Z and Beyoncé car collection & net worth of the most powerful couple now

Love in the air! Justin Bieber went as a far as acquiring a $160,000 custom Range Rover from Kahn Design in order to impress Selena Gomes, his girlfriend at that time. 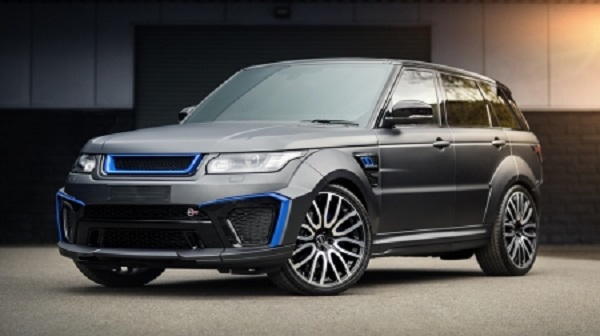 The Smart Fortwo is one of his smallest cars. The all-black car’s badges were replaced by Justin with ‘Swag Car’. 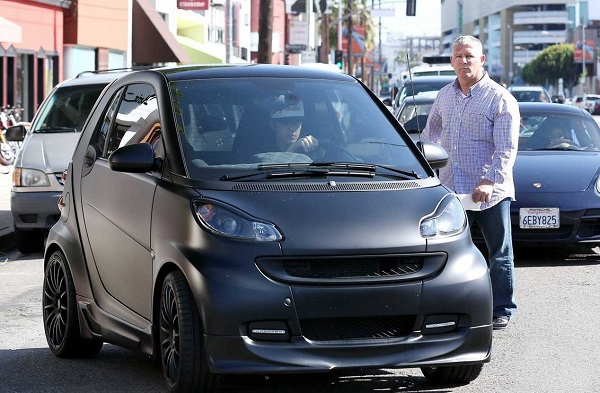 Justin Bieber's smart Fortwo - How many people do you think would fit into this small car?

>>> Are you one of his fans? Kelechi Iheanacho car, houses, net worth and more

Do not look at this van like the regular van you see on the street. The Sprinter van by Mercedes was given out to the West Coast Custom by Bieber to turn into a big black touring luxury machine. 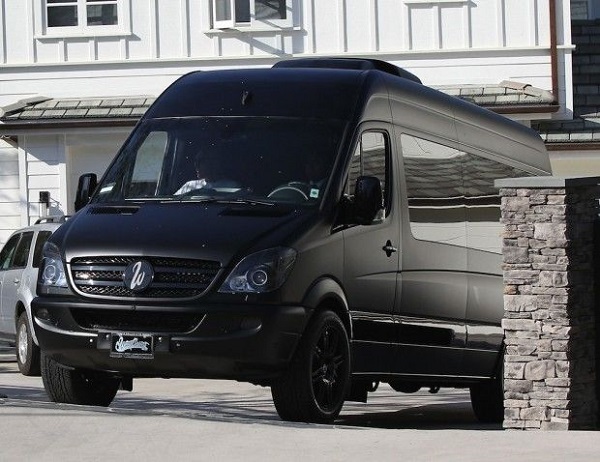 This MV Augusta F3 was given as a gift to Bieber from his father, to add to his bike collection. It came on his 19th birthday and was tagged as Bat Bike. 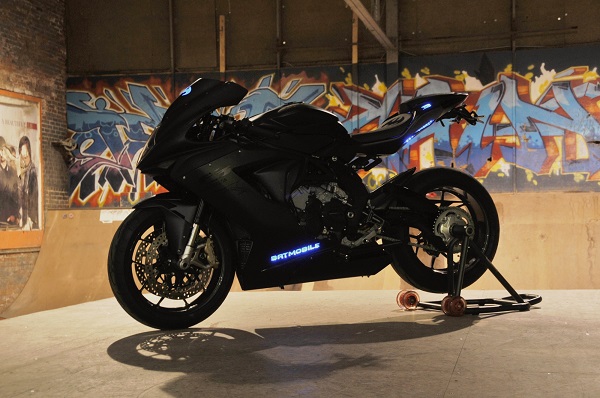 'Bat Bike', a gift he got from his dad during his 19th birthday

This is like a middle point between a bike and a car. It is a 3-wheeled automobile which comes equipped with inline four-cylinder 1,352cc engine from Kawasaki Ninja ZX-14, with an output of 197PS. It accelerates from a standstill of zero to 100kmph in 3.9 secs. Rob Dyrdek, a professional skateboarder, gave it to Bieber as a gift. 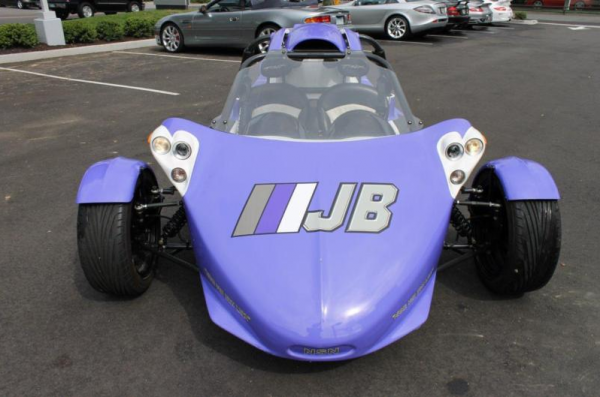