The young, talented and rich female artist who has so much of life to live for, loves to roll in expensive cars. See the Ferrari cars in Tinashe car collection!

A young and talented lady like Tinashe who works hard to create good music, proves how related success and luxury can be when we learn about Tinashe car collection. This star is worth ₦2.1 billion from her albums, mixtapes, movie casts and tours; and Tinashe cars is deserving for this amount of net worth.

The cars which Tinashe owns are top luxury vehicles, and they fit her elegance.

This 2-door coupe car has the 3.2-liter V6 engine from Audi car manufacturer; it powers a 6-speed automatic transmission. The brakes are made of ventilated discs at the front and rear wheels with the anti-lock braking system and electronic brake force distribution. Tinashe seems to have owned this ride as one of her first cars, and she enjoys it with its urban city luxury. 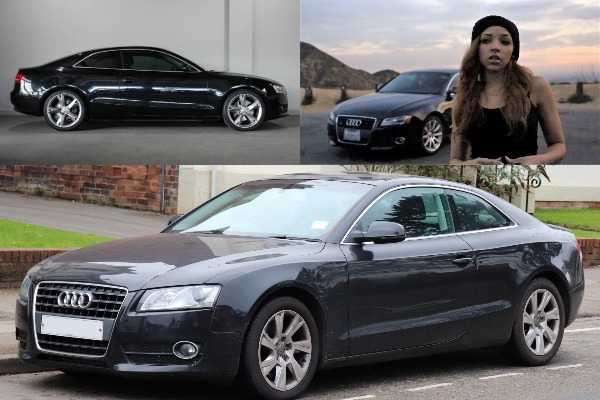 This grand tourer is a sports coupe from the Italian luxury car manufacturer, Ferrari. It is loaded with a 4.3-liter V8 engine that powers the 7-speed dual clutch automatic transmission. The interior is a beautiful dual colored leather finishing, and the vehicle is most welcoming when its convertible top is open. The black super car appears calm and gentle until you see it race down the road with so much drag. 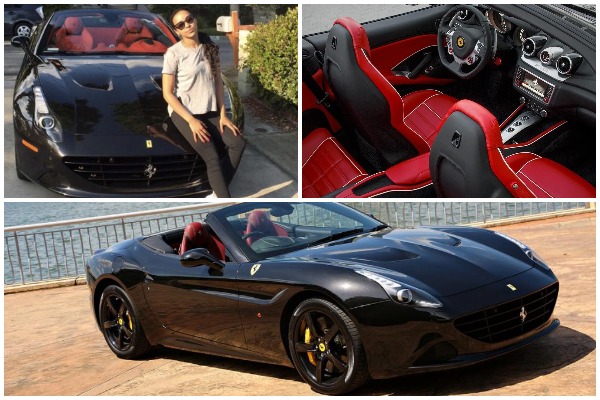 Another Ferrari which seems to be a latest addition to Tinashe car collection; this Ferrari 458 Italia is white, and it is a 2-door coupe with retractable convertible hardtop. The interior is a black exclusive leather finishing for a complete luxury feel. This car is a type F142 which is a 4.5-liter V8 mid-engine that pushes 562 horsepower at 9,000 rpm. It has computerized controls which are designed by Magnetti Marelli, and the body design was made by Donato Coco. Ferrari 458 Italia accelerates from 0-100km/h in 3.4 seconds, and a 7-speed dual clutch transmission that attains a top speed of 325km/h. 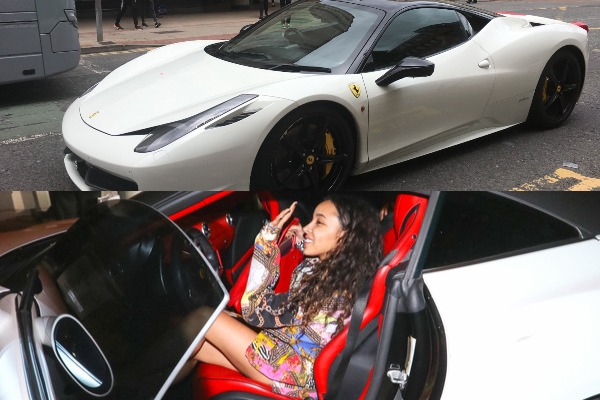 Tinashe's Ferrari 458 is worth over ₦75 million

This vehicle is a luxury class sedan manufactured by Mercedes Benz, hers is a black executive exterior design. It is loaded with a 3.5-litre V6 fuel engine which propels its 7-speed automatic transmission system. Tinashe moves with prestige to any destination which she needs to attend a function; her driver, and her manager usually go with her in this car especially for events like parties and hangouts. 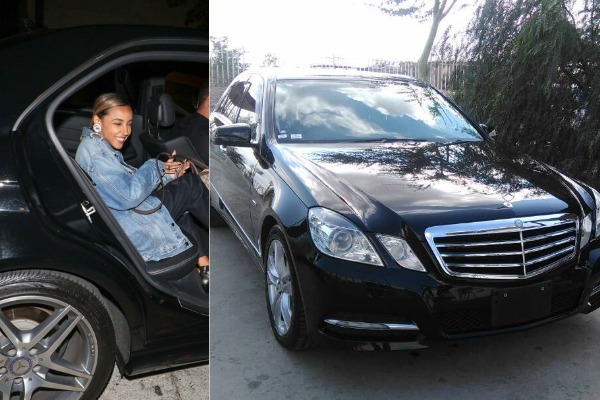 Tinashe uses this full-size SUV when she has to move with her manager for official functions, shows or events. The Chevrolet Suburban has a 5.3-liter EcoTec3 V8 FlexFuel engine which pushes the large body of the vehicle with a 6-speed automatic transmission. This 4-wheel drive executive vehicle in Tinashe car collection is a sleek black color, and it is fit for top class experience. 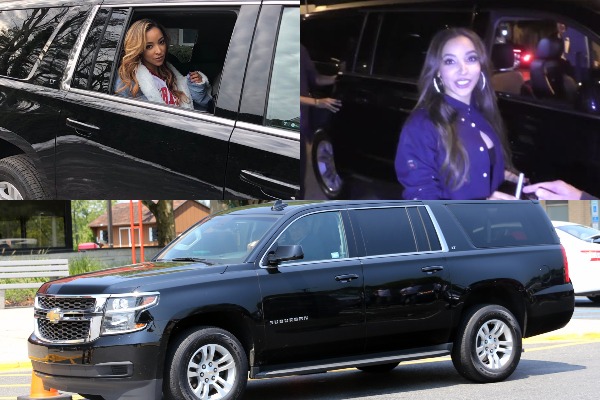 This Chevrolet Suburban carries the talented girl to events or shows

Facts you may not know about Tinashe

The celebrity musician, Tinashe Jorgensen Kachingwe was born to Aimie Kachingwe, her mother and Michael Kachingwe, her father on 6th February, 1993 in Lexington, Kentucky. She is the first of 3 children, and the only girl born to her parents. The American singer, songwriter, entertainer, actress and model is talented in various genres of music.

Tinashe relocated to Los Angeles to chase her entertainment dreams at a very young age. She became a member of the “The Stunners”, a pop music group made up of five American girls which they started in Los Angeles, California. The group released a debut single “bubblegum”, with Tinashe as the lead singer, but they went their separate ways later in 2011.

The music star released a mixtape on 1st February, 2012 which she recorded alone, and it was titled “In Case We Die”. Another mixtape followed on 6th September, 2012, and it was called “Reverie”; these were available on her official website. She got signed by RCA records when they saw how much positive reviews which came as feedback. 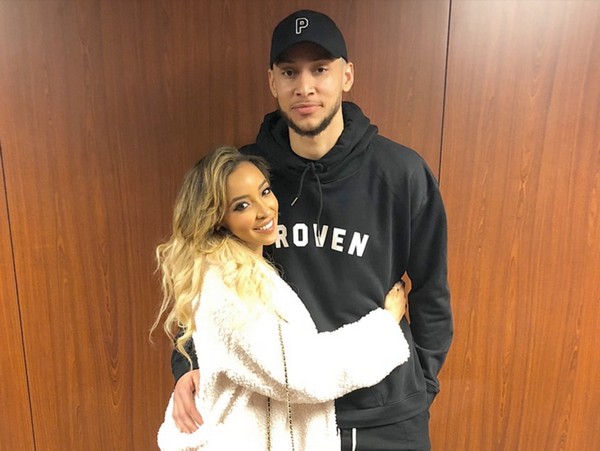 Since the break-up with Benjamin Simmons last year, Tinashe has been single till date

Tinashe is a young lady who loves to spend time with her family and loved ones; she holds a black belt in taekwando. She had been in a relationship from November, 2017 with Benjamin Simmons, an NBA star until in May, 2018 when they separated. There are a few other speculations connecting her to DJ Calvin, TY Dollar Sign and Kendall Jenner. She clearly says she is single in an interview with E! News.

Tinashe’s manager, Mike Nazzaro recently announced that on 18th February 2019, RCA Records released the celebrity musician from their contract. She is now in possession of the creative control for her music, and her luxury level might just go higher; we may be seeing some more cars in Tinashe's car collection in a few years.

>>> Another successful woman you might read about: Linda Ikeji cars cause her headache everyday

Take a look at Tinashe's house!