Top 10 richest men in the world & their cars

The top richest men in the world do not flaunt their assets or buy loads of fancy cars like footballers and celebs in the entertainment industry. While the list keeps changing, find out the current world billionaires, according to Forbes, and their cars.

Among all the Top 10 lists that crowd the internet, this is by far one of the most flexible. Your knowledge of the top 10 richest men in the world today, can change within seconds, all it would probably take is one digit. But, while you know that Facebook's CEO will almost always be on the list and also wears a specific kind of shirt, do you know what kind of car he rides? Have you ever wondered what the men and women with the fattest accounts ride or if they fancy a large garage? This is exactly what you're here to find out with Naijacarnews. See the car collections of richest men on Earth below!

As large as the earth is, it sure feels awesome to be the richest human in it, to be the CEO of a multi-billion dollar company, and to give about 4% of that cake to his ex-wife, while still remaining the center of attraction. The 55-year-old CEO owns a 16% stake of Amazon, he was born in Albuquerque, New Mexico. Jeff Bezos married Mackenzie Tuttle in 1993, and after helping her become one of the richest women in the world, they got divorced in 2019. The ex-couple have four children together, three boys and a daughter who was adopted from China. Jeff Bezos isn't just the founder and CEO of Amazon, he also owns Blue Origin and The Washington Post.

If you are the richest men in the world, owning less than 10 cars can be considered a "modest" trait. Below is the list of Jeff Bezos' cars which he hardly drives to the public. He has many things to do other than flaunting his automobiles, I guess. 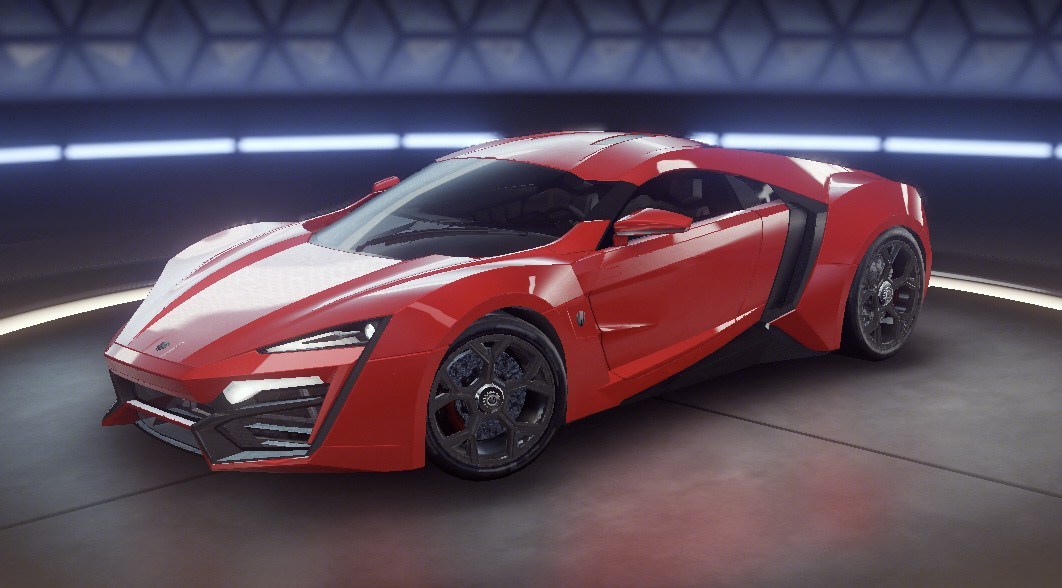 It's safe to say that his cars match his bank account. 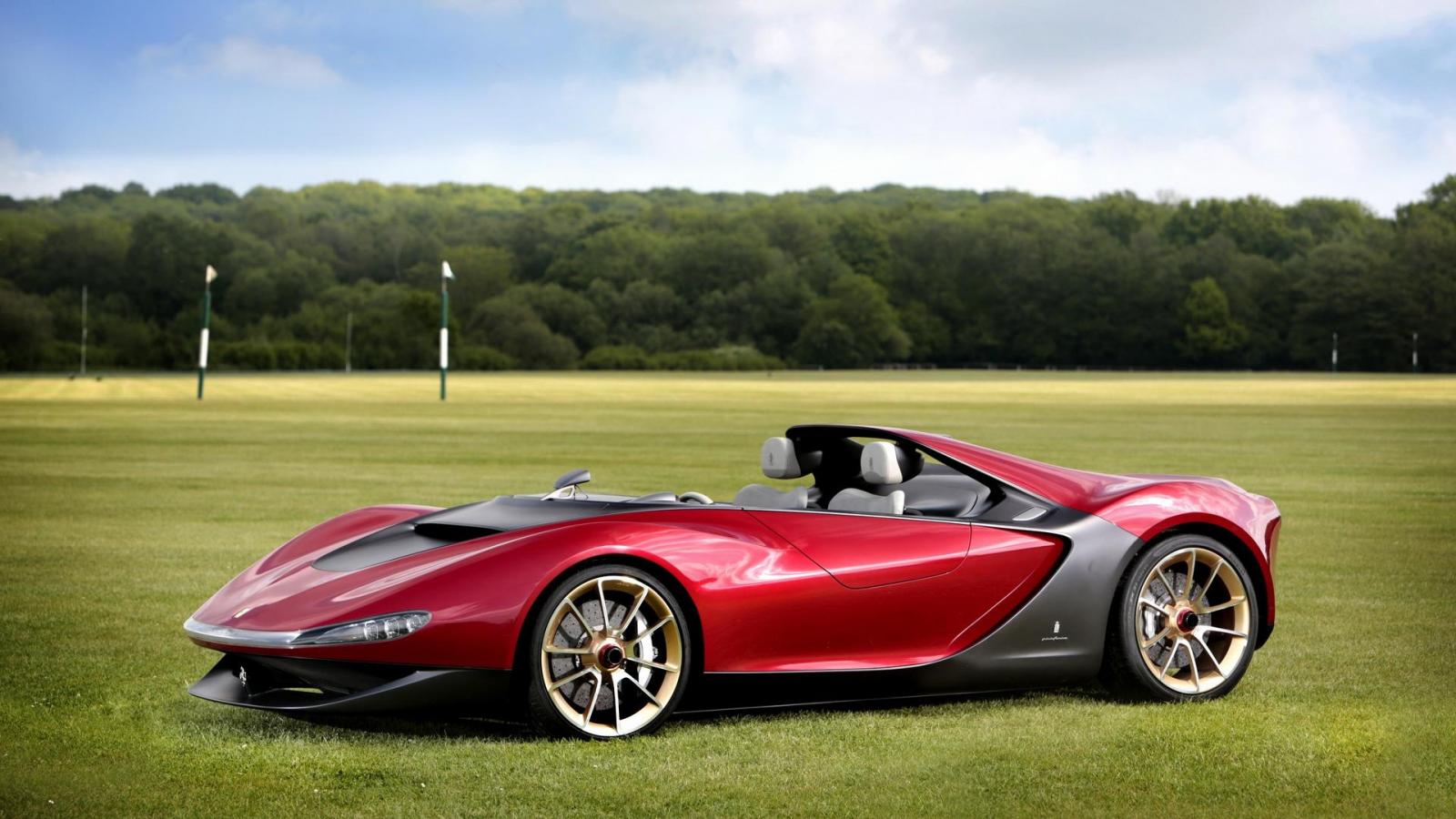 One of the hottest 2-seat Ferrari ever sold! 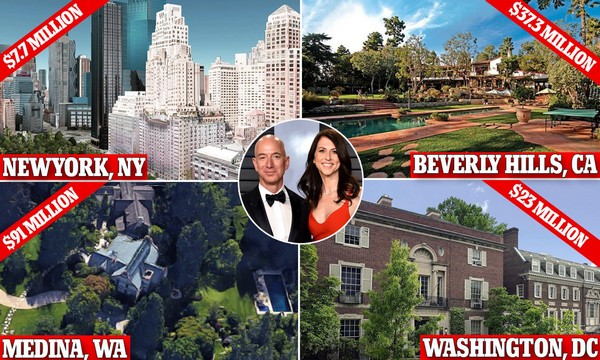 Originally named William Henry Gates, the second richest man was born on October 28th, 1955. Bill Gates founded Microsoft Corporation, the software company, with Paul Allen in 1975, where he owns just over 1% stake. Along with his wife, Melinda Gates, whom he married in 1994, he chairs the world's largest private charitable foundation, Bill & Melinda Gates Foundation. Currently, he's the second richest man in the world but you'd be amazed to find out that Bill has been on Forbes list of the world's wealthiest people since 1987. To blow your mind further, Bill Gates held the position of number one on this list from 1995 - 2017, except four years! 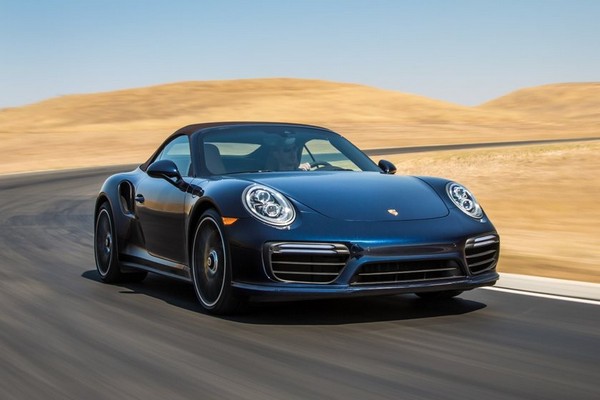 The Porche 911 is worth about N40 million, he purchased it during days in Microsoft

He has four private jets:

He is also a proud owner of several houses, but he particularly lives in Medina, in a house which took 7 years to build and it's worth over ₦55 billion to build. The house is called Xanadu 2.0. Let's not forget Bill also owns a Seaplane and a Eurocopter, which he uses to move around Lake Washington.

>>> Do you know the close friend of Bill Gates in Nigeria? Aliko Dangote car collection, house & life facts will make you drool 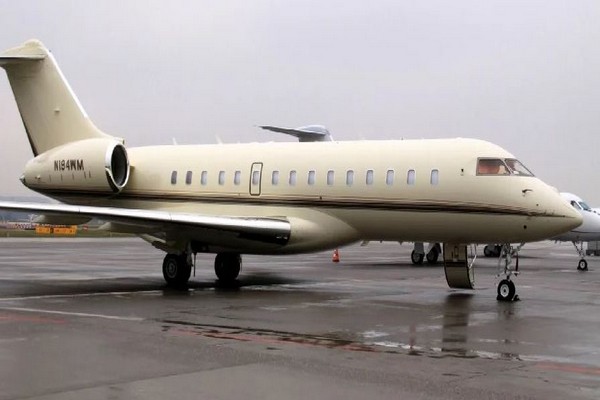 He probably has more private jets so he doesn't need too many luxury cars.

Warren Edward Buffett is considered one of the most affluent investors in the world, running a conglomerate that owns more than 60 companies. He was born on August 30th, 1930, in Nebraska and he's currently the chairman and CEO of Berkshire Hathaway. Since 1970, Warren Buffett has been the largest shareholder of Berkshire Hathaway and he's earned himself the title of "Oracle" or "Wizard", considering the large investments he's successfully tied with. Most of the richest men on this list, including the first two, are great philanthropists, Warren Buffett seems to be quite big on giving too. He pledged an unbelievable 99% of his wealth to charity, primary donating through Bill and Melinda Gates Foundation. Buffett married Susan Buffett in 1952, but she passed on July 2004, but they have three children together. He later got married to Astrid Menks, in 2007. She was 60 years old at the time, while he was 76.

Warren Buffett doesn't own luxury cars, h probably doesn't see it as a worthy investment. According to Forbes, he only drives about 3,500 miles a year, so the need for a car is so minimal. On the other hand, he currently owns a 2014 Cadillac XTS, worth about ₦19.8 million. In addition, he has a home in Omaha, Nebraska, worth  ₦11.4 million and a Bombardier Challenger 600, named “The Indefensible”. 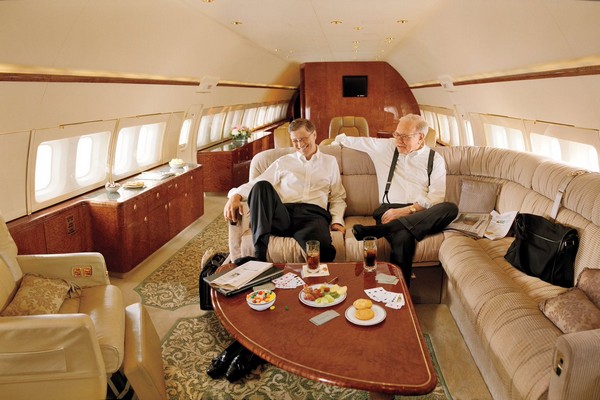 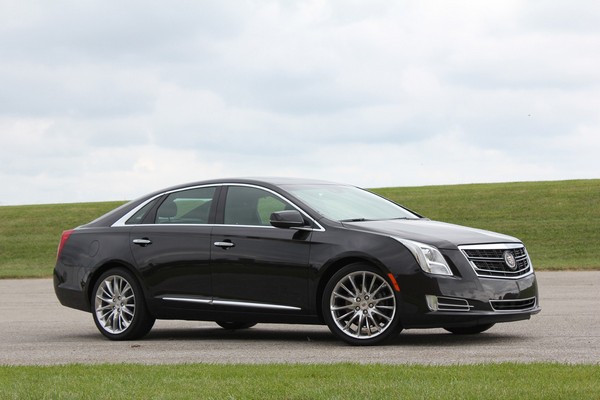 He doesn't really see the need to change his car until his daughter gives him a nudge. 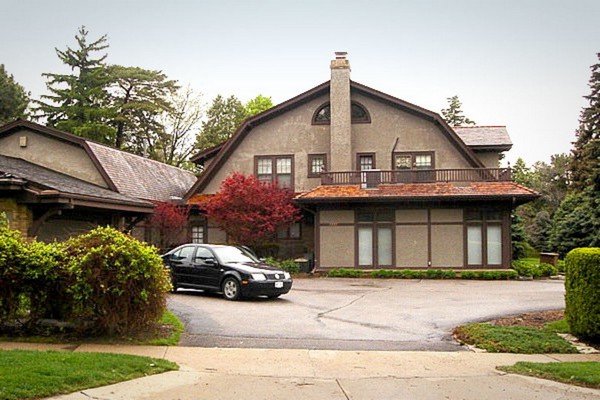 Warren Buffett has lived in this Nebraska home since 1958, completely modest!

His full name is Bernard Jean Étienne Arnault, he's a 70-year-old French super-wealthy man who resides in Paris. Bernard Arnault is the Chairman and CEO of LVMH - Louis Vuitton Moet Hennessy, a French conglomerate, with its headquarter in Paris. He's also a great investor, considering the fact that the luxury/cognac conglomerate manages about 60 subsidiaries. Currently, he is the richest person in the fashion industry, he took the seat from Zara's Amancio Ortega in April 2018. Bernard Arnault was married to Anne Dewavrin from 1973 to 1990, they had two girls together. His second wife is from Quebec, they got married in 1991 and have three sons together. 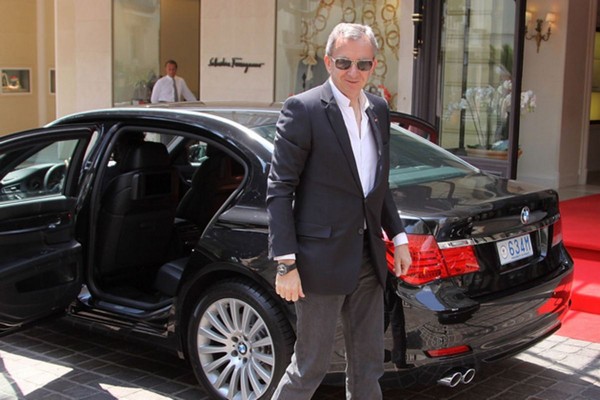 Bernard Arnault's BMW costs about N20 million and above. 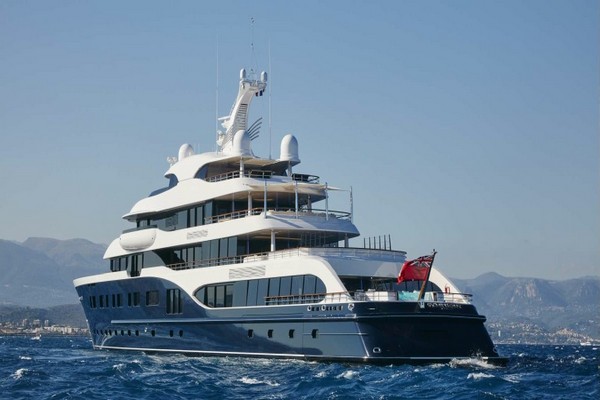 He used to own Yacht Amadeus, it was sold in 2016, then acquired Yacht Symphony. 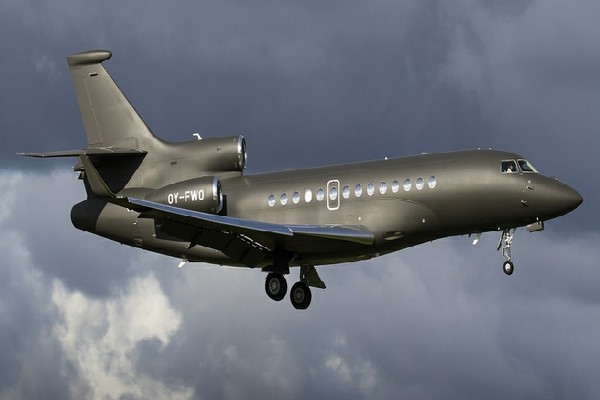 This is worth billions of naira, enough to buy plenty of Rolls Royce and plenty Audis.

As mentioned earlier, this list fluctuates a lot: as we know it, Carlos Slim was once ranked by Forbes as the world's richest man, this was a consistent reality from 2010 to 2013. It's very possible he retakes that seat. Currently, he's the richest man in Latin America and his family runs the biggest mobile telecom firm in Latin America, America Movil (parent company is called Grupo Carso, a Mexican conglomerate). The 79-year-old magnate married Soumaya Domit in 1966, they have six children together, but he lost her in 1999. 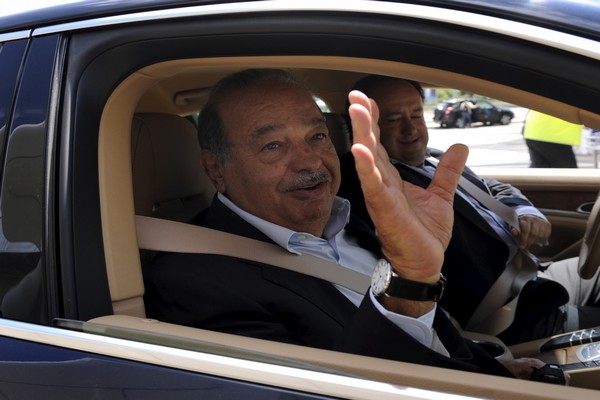 Carlos Slim owns two homes: one in New York (worth ₦15.9 billion) and the other in Mexico. 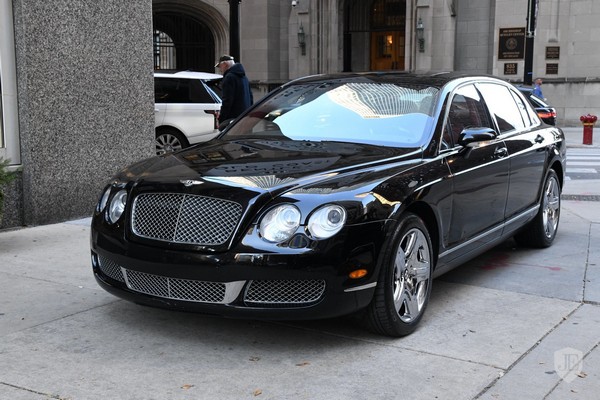 He's the world's wealthiest retailer, second richest man in Europe (after Bernard Arnault) and sixth richest man in the world. It would interest you to know that Amancio Ortega Gaona owns 7,500 stores around the world, and he's the co-founder and former chairman of Inditex Fashion Group, known with the popular Zara brand.

He was born in Spain, on March 28th, 1936. The fashion group was co-founded with his ex-wife, Rosalia Mera. They got married in 1966, divorced in 1986, and she died on August 2013. Amancio Ortega is currently married to Flora Perez, he has three children (two from Rosalia and one from Flora). 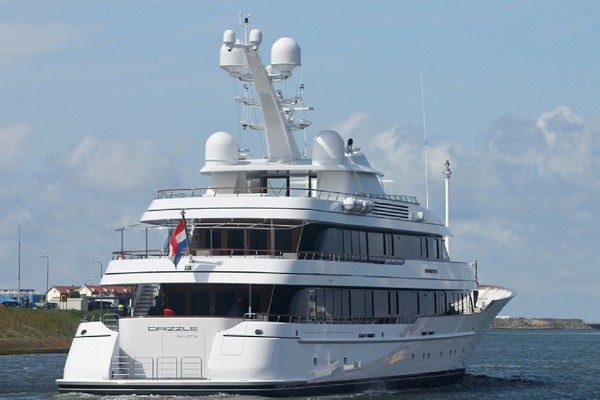 An 18-passenger private jet that costs a fortune!

This man seems to show little interest in cars. To be more specific, the only car he rides to the public is an Audi A8 which cost around ₦30.2 million.

He owns two yachts, called Yacht Valoria and Yacht Drizzle (both worth over ₦5 billion) and a private jet, Gulfstream G650 (worth over ₦23.6 billion). Amancio Ortega also owns several houses in Spain. 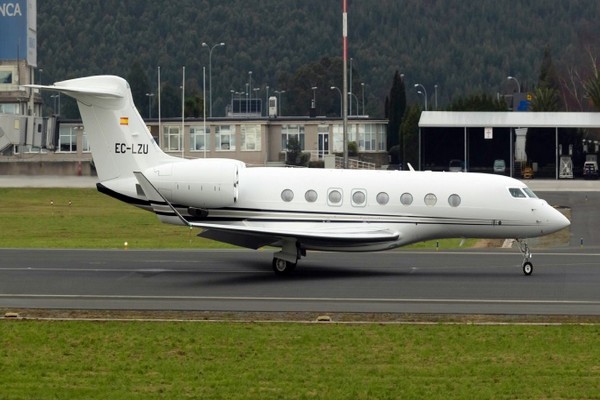 A family vacation can never go wrong on an exquisite yacht like this one.

Lawrence Joseph Ellison was born on August 17th, 1944, in the United States. In 1977, he co-founded, the software company, Oracle, and in 2014, he resigned as CEO and became CTO (Chief Technology Officer) and chairman of the board. Currently, Larry Ellison is the 4th richest man in America, and he's also on this list as the 7th most recognized billionaire. In addition, he has a stake in Tesla, after purchasing shares worth $3 million dollars in 2018. The 7th richest man has been married and divorced four times, he, however, has two children, borne out of his second marriage to Barbara Boothe. 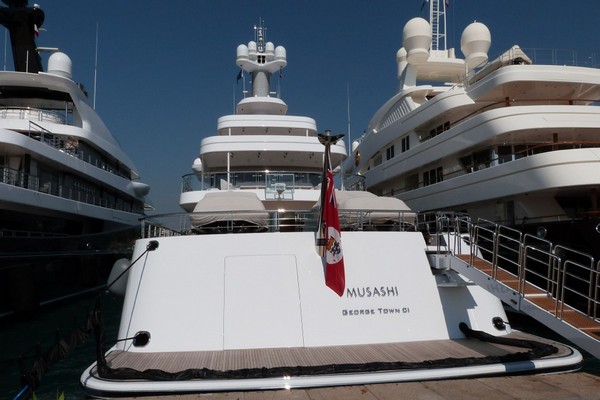 He once owned the 139 meters Rising Sun, the 10th largest yacht in the world.

He also owns a Gulfstream G650 private jet (worth ₦25.4 billion), a yacht (called Musashi, worth ₦58.1 billion), eight residential homes in various locations, a private island located in Hawaii, USA (worth ₦181 billion), and a tennis garden which he acquired in 2009. 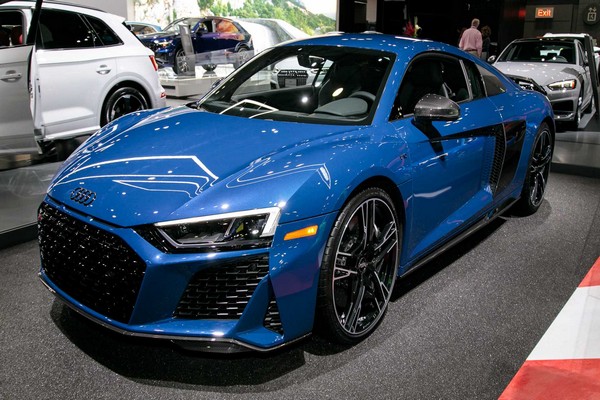 You should see the convertible version of the Audi R8, befitting a stylish billionaire! 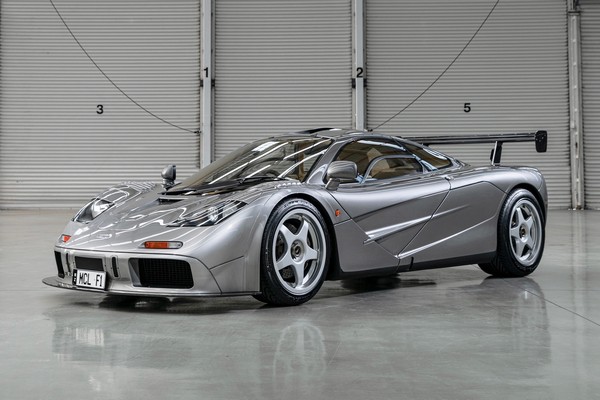 The Mclaren-f1 was just auctioned for over N7 billion.

At age 19, Mark Elliot Zuckerberg started Facebook with his college roommates in Harvard, in 2004, Facebook was made public on May 2004 and up till now, Mark still owns 15% of the stock. Born on May 14, 1984, the world-renowned computer programmer became the world's youngest self-made billionaire in 2007, he was just 23 at the time. He is married to Priscilla Chan, they have two daughters together.

He is also a proud owner of several houses in San Francisco, Palo Alto, Lake Tahoe, and Kauai Island in Hawaii, spending over ₦21 billion on just the one located at Lake Tahoe. 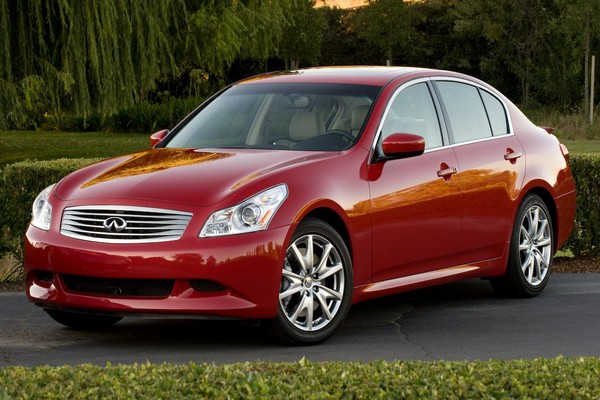 It only costs a little over N8 million, Mark is one of the humble world billionaires. 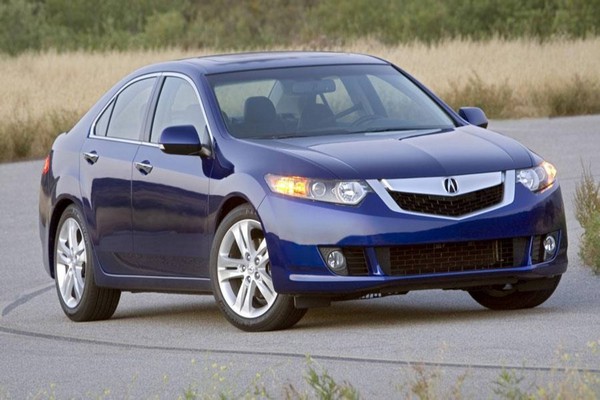 Looks like the most expensive car in his garage costs N11.1 million.

Apart from being the 9th richest man in the world, Michael Rubens Bloomberg is the 6th richest person in America and he also served as New York City's 108th Mayor. He was born on February 14th, 1942, in the US, co-founded Bloomberg L.P in 1981. Also recognized as a great philanthropist, Bloomberg joined The Giving Pledge, pledging to give away at least half of his wealth. He was first married to Susan Brown in 1975, but they separated in 1983. They have two daughters together. 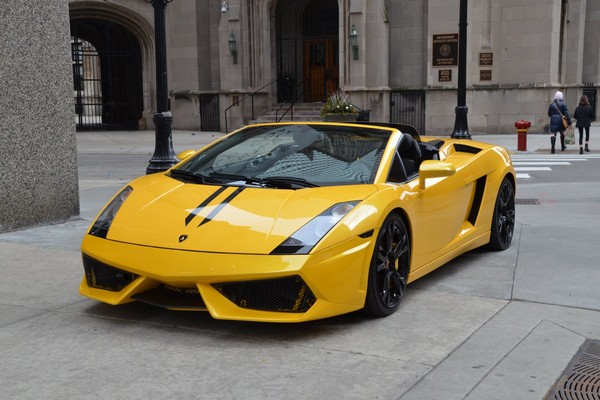 Both the convertible and coupe, totally worth the cost - N93.9 million! 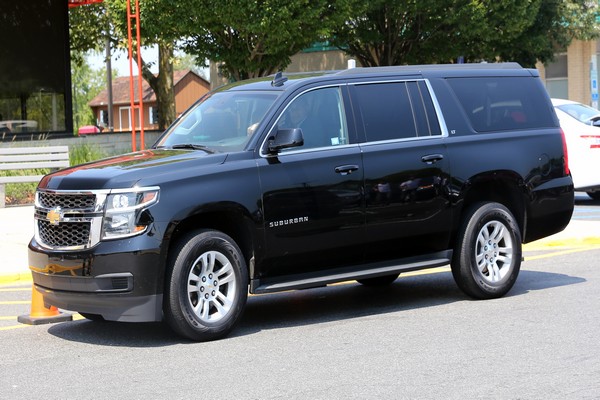 A roomy SUV built for executives and it costs just a token of N23.6 million.

In 1998, Lawrence Edward Page co-founded Google with Sergey Brin, the 14th richest man in the world. He is currently the CEO of Google Parent Company, Alphabet Inc. and also the co-inventor of PageRank. The tech enthusiast is married to Lucinda Southworth, they have two children together, 2009 and 2011 respectively. 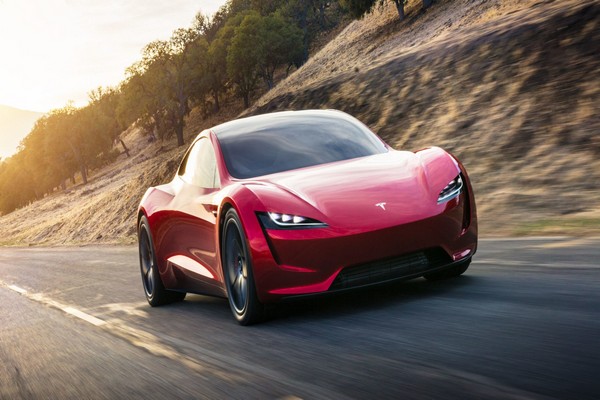 The Battery Electric sports car is worth N39.4 million and as a key investor in Tesla, he needs to own one.

Not only does Larry Page own a superyacht (called Senses Yacht) worth over ₦16.2 billion, along with Sergey Brin, they jointly own a private airport as well. The Google Jet (owned both billionaires) occupies this space and its worth ₦5.4 billion. In addition, Page owns a mansion in California worth ₦3 billion. 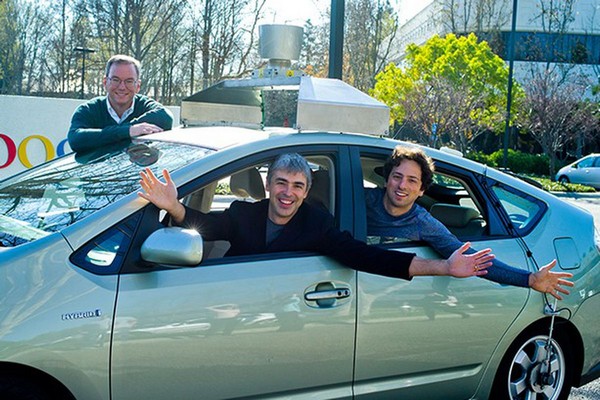 The Toyota Prius is the first mass-produced gasoline-electric hybrid car in the world and it's worth ₦10.8 million. 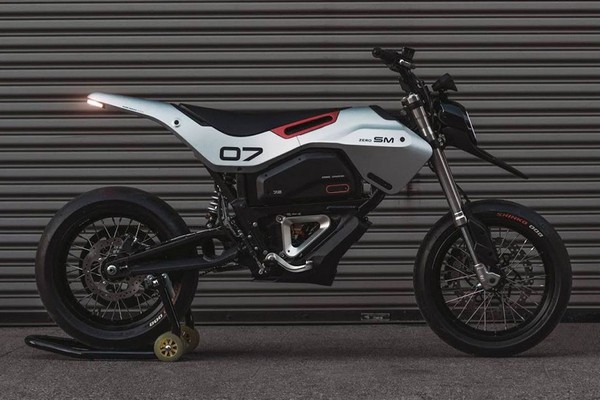 Larry Page sure looks like he loves all things electric - this electric bike is worth ₦2.6 million.

>>> More cars and life of the super rich!