Top 10 richest pastors in the world and their cars

So to facilitate their speeches in far-away lands, some even acquire private jets as well. Now check out Top 10 richest pastors in the world and their cars!!!

There's a Bible scripture that says "the kingdom of heaven suffereth violence, and only the violence taketh it by force". The 'it' in this statement can be considered as wealth. Churches around the world make millions of dollars (and naira, of course) on a weekly basis. This money comes from tithe, offerings, and prophetic gifts, and are used in payment of church workers' salaries. Asides the offerings in church, they also make money from TV shows, special appearances, books they write and more. The overseers of these churches are also workers.

That said, church workers' salaries aren't taxed! It might come as a surprise but most governments around the world believe that since there is no specific range of income generated, there's no need to tax the church. Obviously, this has given many pastors around the world the liberty to acquire wealth, mansions and cars. We have decided to delve deep into the life of some of these spiritual leaders to bring you the top 10 richest pastors in the world and their cars - and number 2 will shock you!

Remember Billy Graham? Well, his son - Franklin Graham - starts the list of richest pastors in the world. He is 65-year-old and only converted to Christianity 43 years ago. He took over his father's evangelical missions and is presently the president and CEO of the Billy Graham Evangelistic Association. The younger Graham is also an author of lots of inspirational books and materials.

The pastor is now married with kids. He drives a 35 million naira Bentley Continental GT and inherited cars from his dad and flies a 325-million-naira private jet. 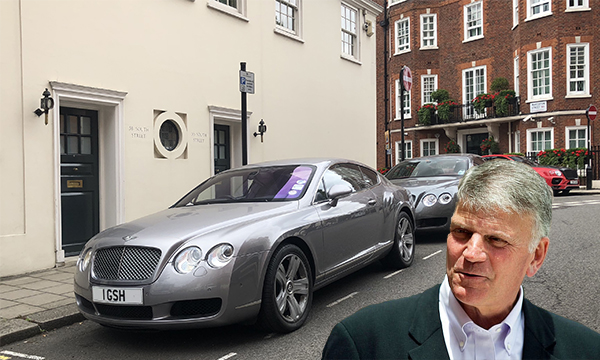 Pastor Franklin Graham is the owner of a Bentley Continental GT 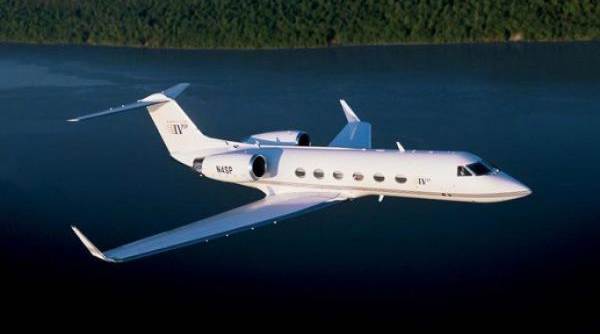 Besides his own car and a private jet, Franklin Graham inherits cars from his father as well

The Saddleback Church was founded in 1980 by pastor Rick Warren, in Lake Forest, California. Currently the 5th biggest church in America, the evangelical church boasts a weekly attendance of at least 21,000 worshippers. In 2006, Rick Warren once sparked media interest following his invitation to then-Senator Barack Obama to his church despite the two's opposite opinions of abortion.

Pastor Warren is now married to Kay Warren and currently living in California with their kids. The 63-year-old pastor is also known for his best selling book "A purpose driven life". With all success and fame the respectable pastor has been building in his life, he claimed to donate 90% of his income to charity, leaving him with 10% for him and his family's upkeep.

Though getting it big in terms of salary, the pastor only drives a 2004 7 million naira Ford truck and lives in a 22-year-old mansion. 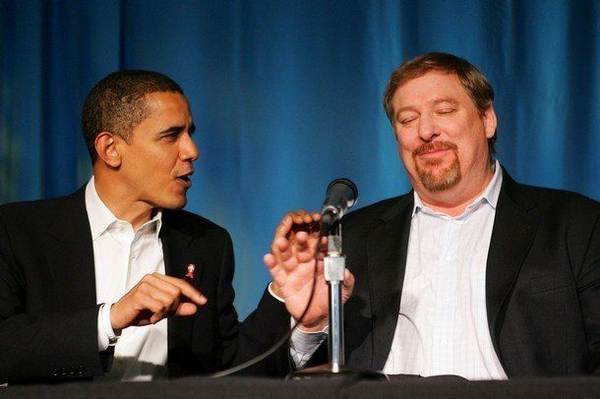 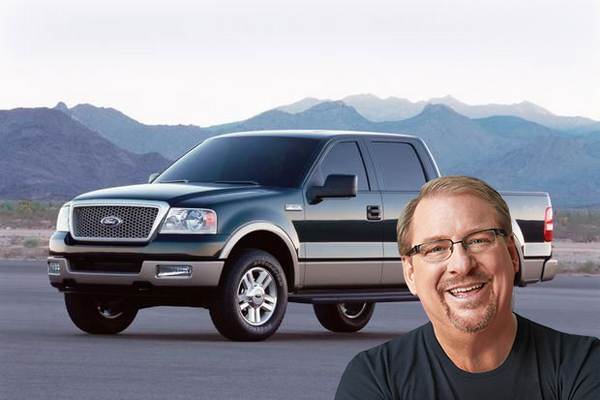 One of the 1st pastors to ever be considered a celebrity is Billy Graham. The founder of the Billy Graham Evangelistic Association gained popularity in the 1940s and was spiritual leader of former US presidents - Dwight Eisenhower and Richard Nixon. He was also known to have been taught along with Martin Luther King Jr.

Billy Graham passed on at the age of 99 in the year 2018 and had garnered over 2.2 billion listeners from across the world. Before his death, he drove a 45 million naira Rolls-Royce Cullinan and had a jet too. 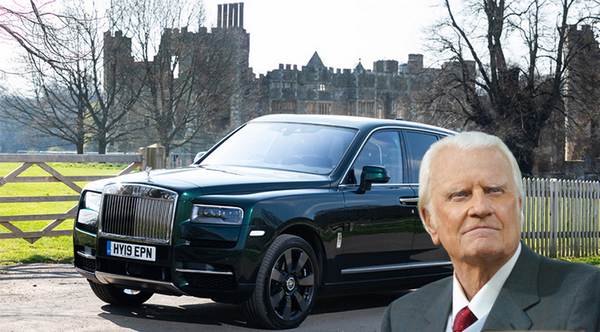 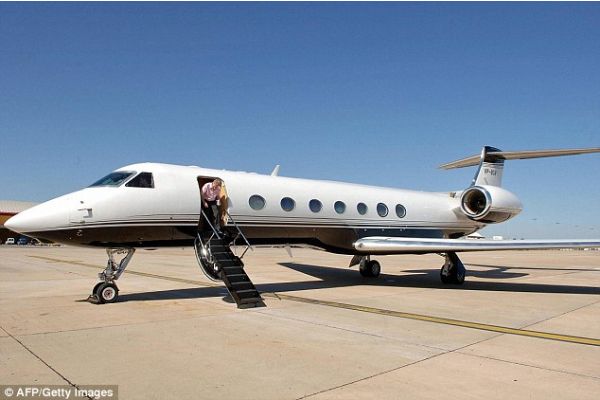 The late Billy Graham owned a jet too

Popularly known with the slogan "it is the will of God for you to prosper in every way", American preacher Creflo Dollar has literally had a consistent "dollar flo". He founded the World Changers church in Georgia years ago and boasts more than 30,000 devoted church members. Even though lots of people criticize his lifestyle, he owns two latest Rolls-Royce cars worth 165 million naira, pricey mansions in Manhattan and Atlanta, and a 700 million naira private gulfstream jet. 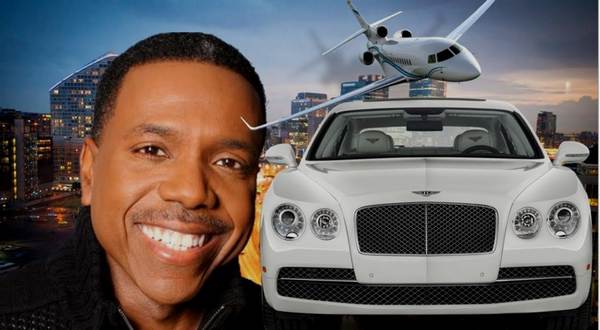 A similar Phantom is owned by the pastor and Benny Hinn 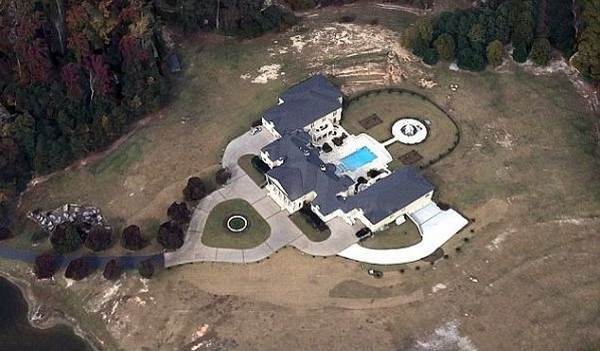 View of the million dollar house

Amongst his luxury vehicles include a Gulfstream jet

>>> Whose Rolls-Royce did Queen Elizabeth II use on her first visit to Nigeria?​

Popular American pastor Joel Osteen inherited the largest protestant church in the United States from his father in 1999. With a weekly church attendance of over 50,000 worshippers, the Lakewood church also has a television ministry that broadcasts to more than a hundred countries.

Joel Osteen is married to Victoria Osteen. The husband and wife live with two kids in their 3.6 billion naira mansion in Houston. The pastor whose book, Your Best Life Now, spent 4 years on the New York Times bestseller list drives a 35 million naira Mercedes-Benz G Wagon, a 72-million naira Ferrari amongst other cars, has a multi million naira jet and massive house. 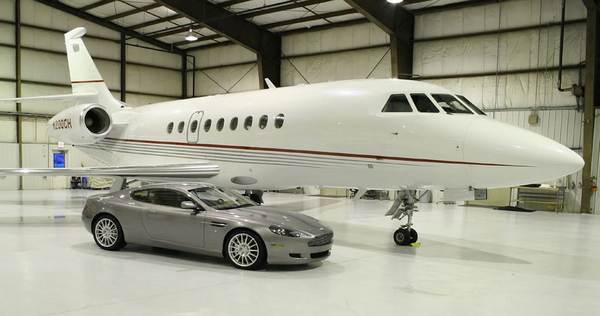 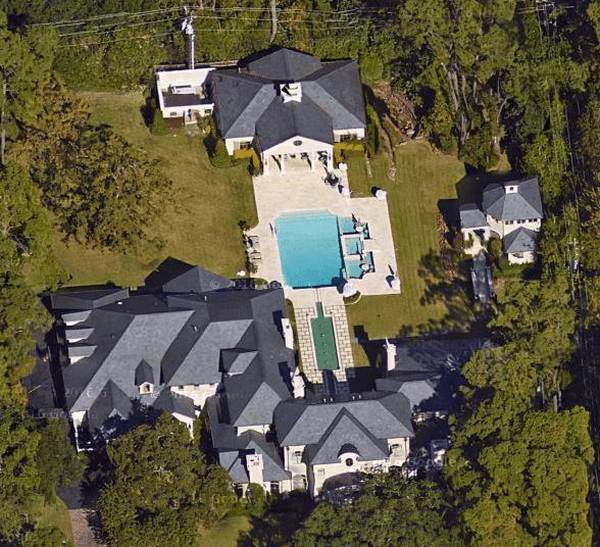 The Mansion owned by Joel Osteen

Pastor Chris Oyakhilome is the senior pastor and founder of the Believers Love World church - popularly known in Nigeria as the Christ Embassy. The Edo born spiritual leader also has a lot of books under his name and a television network. He was once married to an Italian - Anita - and they have two daughters together.

All of his vehicles are among the priciest and most luxurious cars in the world including a 35 million naira Mercedes-Benz G-Wagon, 18 million naira Range Rover Sport, a Bentley GTC. The Nigerian is rumoured to have his own jet named Skypower as well. 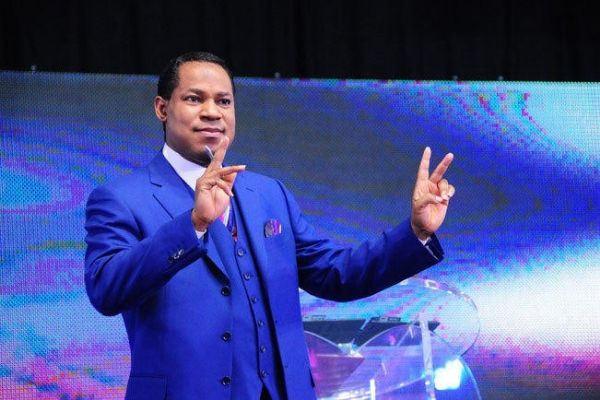 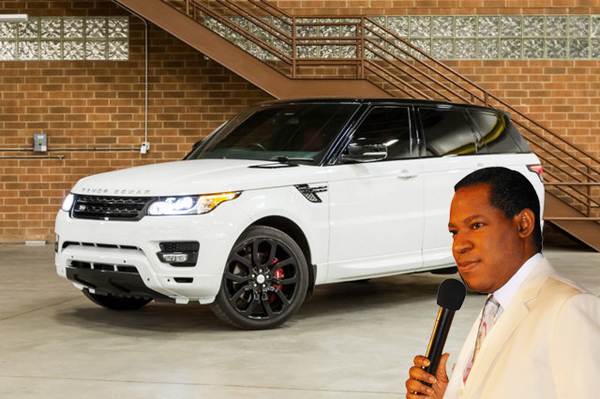 Luxury ground vehicles are not enough; he's got a private jet for air travel as well

In 1983, the Orlando Christian center was founded by Benny Hinn. The Israeli born evangelist is known for his Miracle Crusades which have registered countless healings and people being raised from the dead. He lives in a mansion in Texas and drives a Rolls-Royce, 72 million naira Ferrari, an expensive Mercedes-Benz, McLaren and had a jet too. 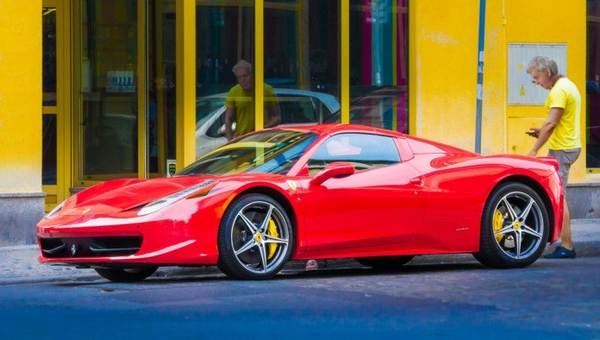 Benny Hinn and his Ferrari 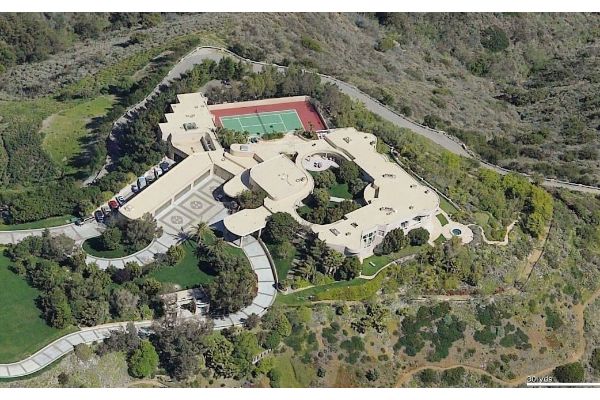 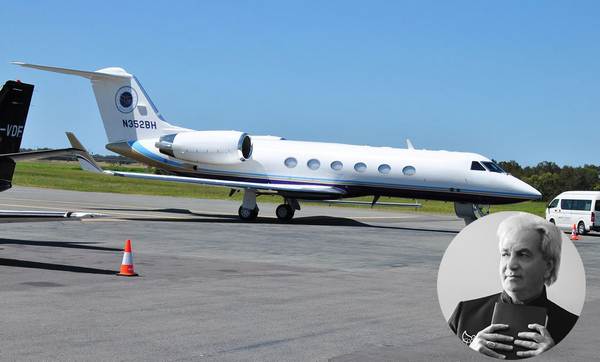 If you know about the Christian broadcasting network that airs the 700 club, then you must have wondered who the owner of such mega outfit is. Well, he is Pat Robertson. Yes, the same one that ran for US president in 1988. He is also the chancellor and founder of Regent University in the United States. Aged 87, Pat Robertson lives in an 11 million naira mansion and owns quite a number of luxurious automobiles like the 41 million naira Chevy Corvette! He is also rumoured to have a jet too. 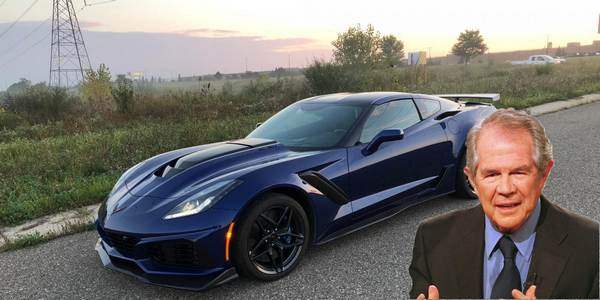 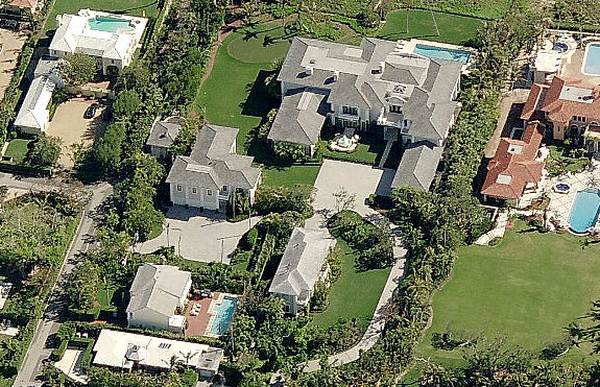 Pastor Pat Robertson has his crib in Virginia

Founder of the Living Faith Church, also known as Winner's Chapel, David Oyedepo is the richest pastor in Africa and Nigeria. He preaches about prosperity and lives life to its fullest. He owns two universities in Nigeria - Covenant University in Ogun and Landmark University in Kwara states.

He has a lavish collection of cars including a ₦12m Range Rover Sport, a ₦81-million Bentley GTC, several Mercedes-Benz, BMW, and a Roll-Royce Phantom whose price tag is estimated to be 170 million naira at least. 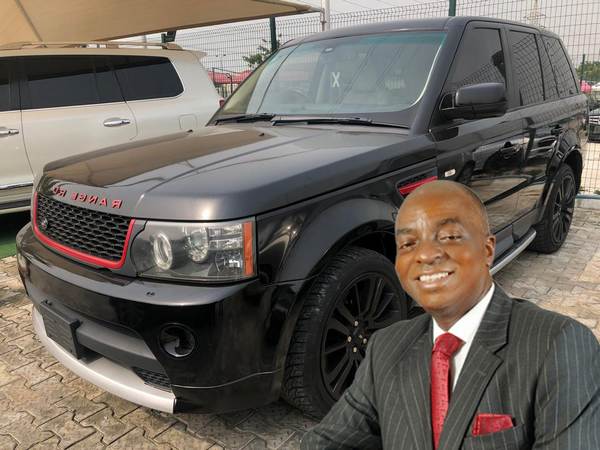 The Range Rover is the favorite of many Nigerian celebrities, including bishop David Oyedepo 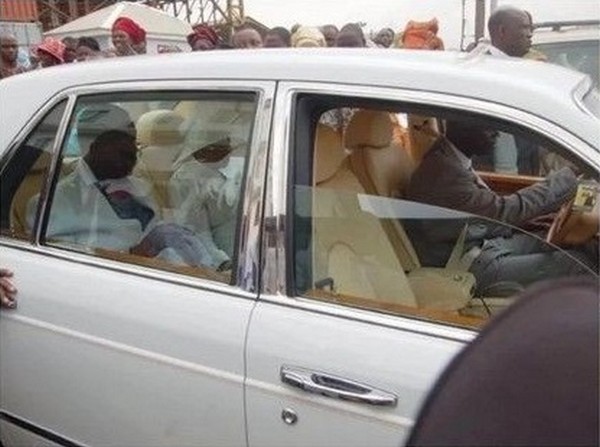 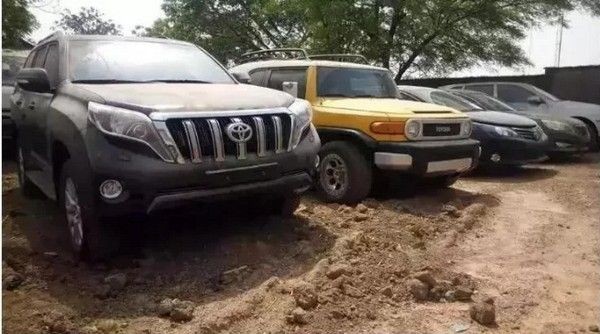 Some more Toyota and other cars in his church garage

David Oyedepo's Bombardier Changer jet is once spotted in the Lagos airport. More shockingly, this was only one of two private jets under his name.

According to our reports, Bishop David Oyedepo and his church Winners Chapel own 4 private jets in total, which are: 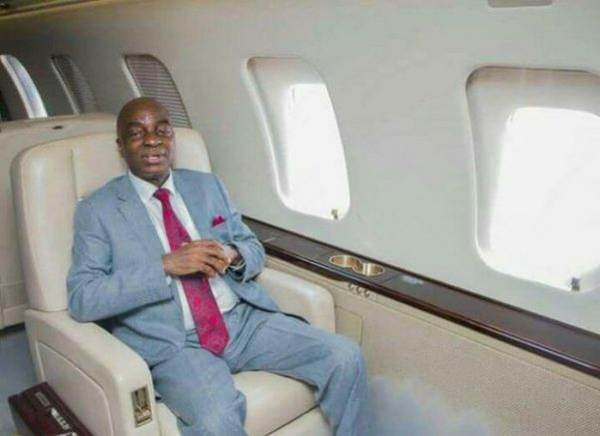 David Oyedepo in his private jet

The richest pastor in the world, Kenneth Copeland, became a Christian in the mid 90s and founded the Kenneth Copeland ministries in Texas. The church makes millions from sales of books, DVDs, and more. The church has its own private airstrip and he flies in a 6 billion naira jet. Copeland lives in a 2 billion naira mansion and drives numerous cars like a 88 million naira Maserati, Range Rover, Audi and Bentley. Many believe he's worth up to 300 billion naira. Check out his Cessna 750 Citation X note jet, North American T-28 Trojan and other automobiles!

>>> Even the No.1 must kneel down before King of Brunei: Shocking! Sultan of Brunei owns 5,000-car collection worth ₦2.3 trillion 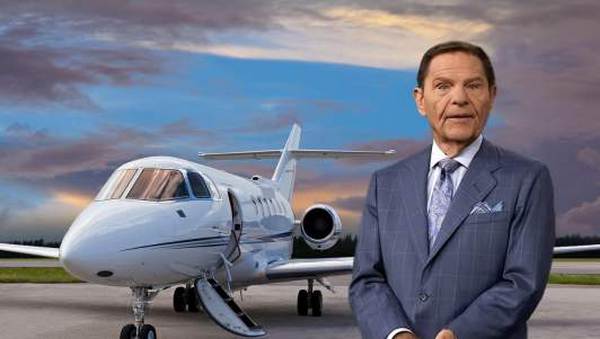 Speeches across the globe make him buy a private jet 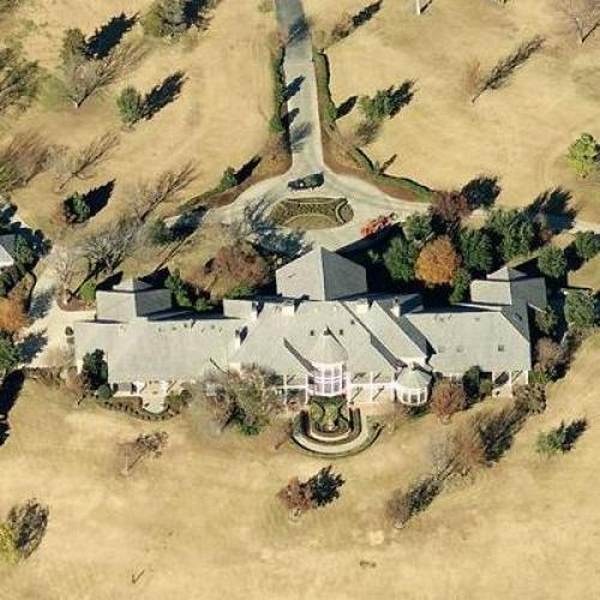 The mansion owned by Kenneth Copeland

"Money can't bring our happiness but the absolute faith put in God does". That adage has been always played around our ears in every church. And it seems it is the ones who say it the most are proving against it (somehow).

As what you just read about the top 10 richest pastors in the world and their cars, even the most influential figures under the name of God rely on the feeling of getting behind the wheel for thrills (Some even owns private jets). Anyways, we are just humans and just can't blame them for the human thirst for rides is just insatiable, of course, pastors included.