Wizkid is unarguably one of the biggest African music stars, and he is also a proud owner of a luxury private jet. Check out Wizkid's private jet, net worth, and other Nigerian private jet owners!

Wizkid has become a household name not only in Nigeria but most parts of the continent. He is unarguably one of the biggest musicians to ever come out of Africa. Born July 16, 1990, the 29-year-old was from Surulere, Lagos. According to reports, Wizkid was brought up in a family of mixed faith, with 12 female siblings. While his father is a Muslim, his mother, on the other hand, is a member of the Pentecostal church. Wizkid is known to be a lifelong fan of iconic musicians, that comprises King Sunny Ade, Fela Kuti and Bob Marley.

Wizkid real name is Ayodeji Ibrahim Balogun, a name owed to his diversified religious background. Many of his fans often call him “Baba Nla” or “Starboy”.

And today, Naijacarnews will get you a peek into one of Starboy's most valuable asset - Wizkid private jet among many other private jet owners in Nigeria.

A lot of speculations have been going on if truly Wizkid has a private jet. Some people even wonder if he is rich enough to afford one, considering the insane amount to procure a private jet. We all know that life becomes so easy, when you have a private jet flying you around the world in your own comfort. Truth is, only a fragment of the world’s population will be able to afford one.

One of the yardsticks to measure celebrity’s success or people generally is what they own or cruise in around whether on land or by air. One of the trendiest things among Nigerian celebrities is acquiring a private jet. 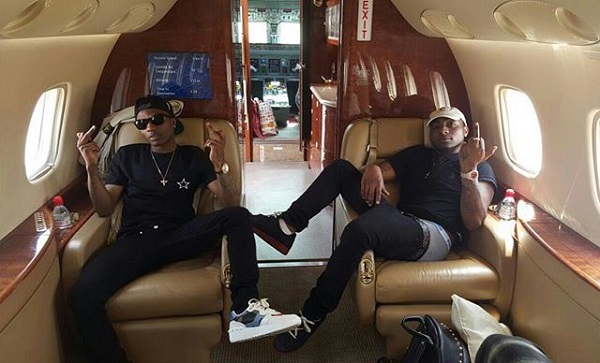 Two top music artistes in Nigeria, Wizkid and Davido, recently posed together inside a private jet

Wizkid is one of the youngest Nigerian private jet owners. He started flying privately on air at the early stage of his music career. This feat is owed to his former boss, Segun Demurem. Since then, the private jet has become integral part of his life. No wonder he loves taking selfies inside the jet whenever time permits him. Who wouldn’t show off a super expensive and stylishly equipped privately owned jet? Obviously not Wizkid!

When people have already confirmed Starboy actually acquired a jet, they start guessing how much Wizkid bought his private jet.

According to our report, Wizkid's private jet cost is valued at a whopping $40 million (₦14.5b). This price has raised a lot of eyebrows and controversies online. Many claim he can’t afford that since his net worth isn’t up to that. The point is, whether he can or cannot, the fact remains that the super talented afro-pop artist is living his life to the fullest.

​No more words, here are some pictures of Wizkid's private jet for your reference! 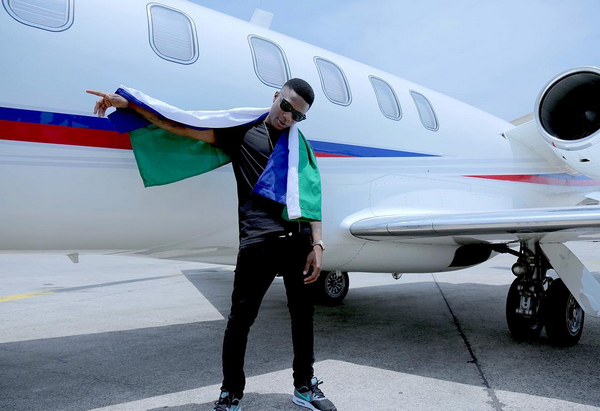 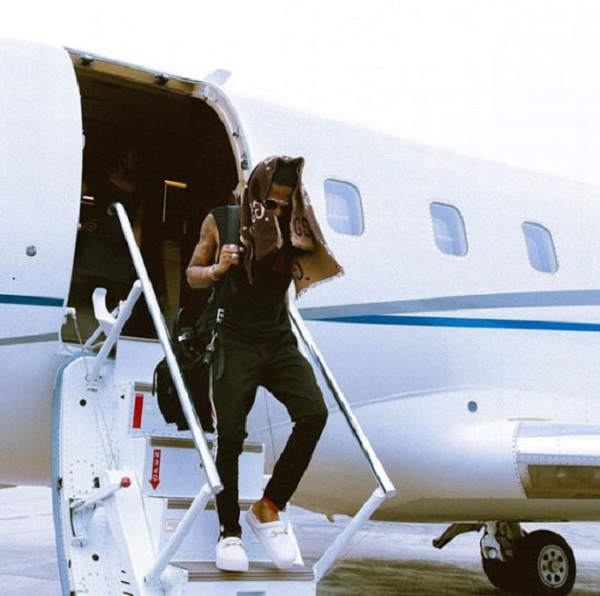 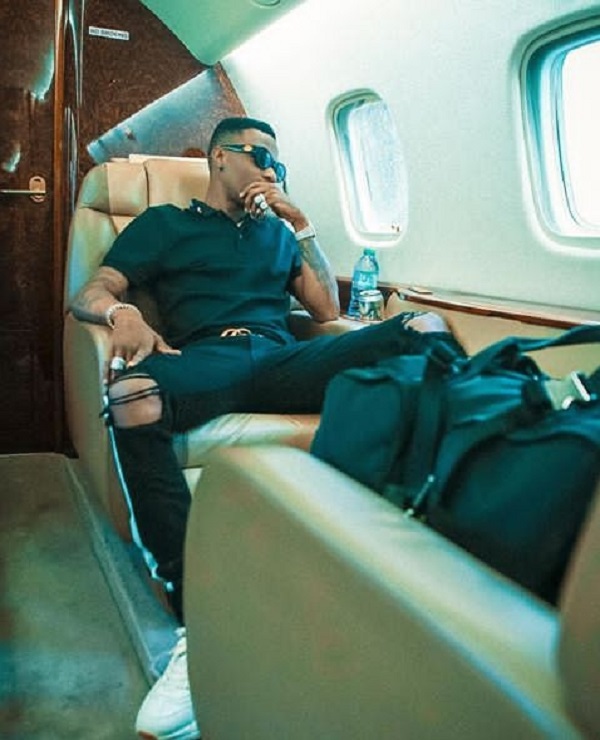 What better way to travel around the world than in your privately owned jet?

>>> Knowing this woman? Linda Ikeji cars cause her headache everyday

Wizkid music career started when he was 11 years old. He began recording and was able to drop a collaborative album with a group known as Glorious Five, a group he formed with his church friends. What brought Wizkid to limelight was when he signed a record deal in 2009 with E.M.E – Empire Mates Entertainment, a record label under Banky W. The breakthrough finally came with his song “Holla at Your Boy”, which was a hit single in 2010. Ever since then, the Starboy himself has really done really well.

He has featured alongside many international artists such as Drake in ‘One dance’, which got a Grammy Award nomination, Beyonce in “Brown Skin Girl” and several others. Wizkid has also bagged several local and international awards such as 2 BET Awards, 2 Channel O Music Awards, 4 MTV Base Music Awards, 3 MOBO Awards and among others.

From what we learnt, he dropped out of school in his second year. He was a student of International Studies at Lead City University in Ibadan, Oyo State, before he decided to pursue his new found career in music. Also, Wizkid presently has three children, each from different mothers.

Starboy is even affirmed by many sources to be the richest artist in Nigeria 2019.

We believe Wizkid's ability to afford a private jet, owing to his numerous endorsement deals with the likes of Pepsi, Glo, Dolce&Gabbana, Nike and several others. 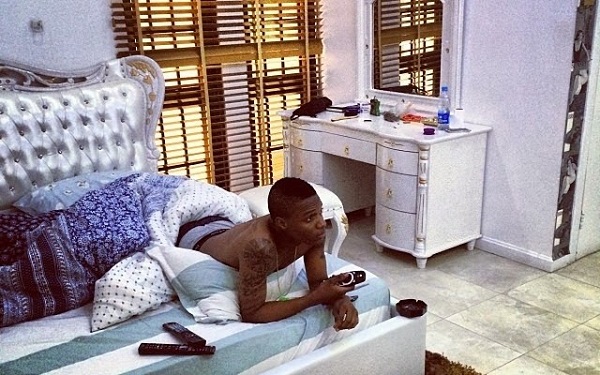 Wizkid chilling in his stylishly designed bedroom in his Lekki home 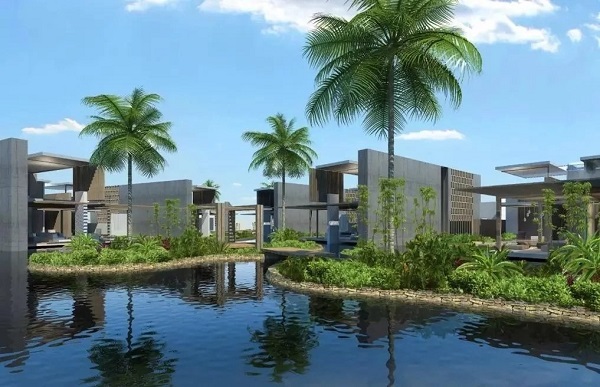 Wizkid is very rich and there is no argument about that. Having that much money deserves a certain level of comfort, especially on the road.  Wizkid like most celebrities is a big lover of beautiful and fast cars. He recently purchased a luxury Lamborghini Urus SUV, which is one of the most expensive SUVs on the planet right now. These are some of the popular cars in Wizkid luxury collection: 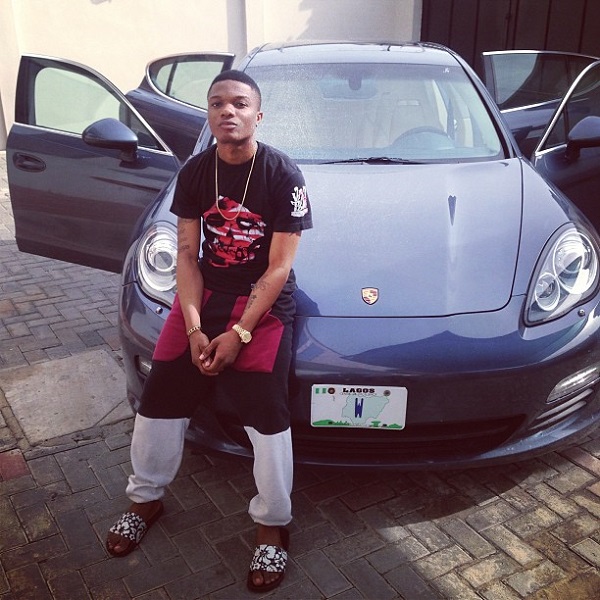 Wizkid posing in front of his Porsche 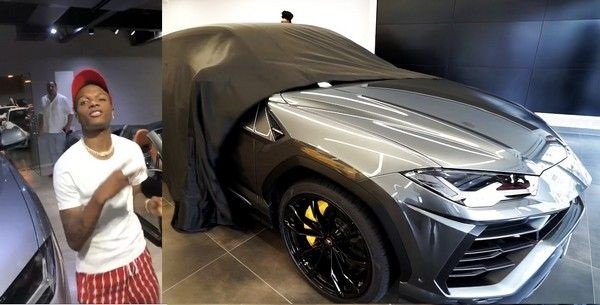 >>> Mercedes-Benz is one of the symbols of luxury but a tokunbo or Nigerian used won't cost you an arm and a leg, check out Mercedes cars for sale!

4. Nigerian musicians that own private jets

Just like Wizkid, a couple more successful Nigerian musicians are in the mix of procuring private jet for their comfort and to help them cope with their ever-busy schedules.

David Adedeji Adeleke popularly known as Davido is the youngest Nigerian artiste to acquire a private jet. He is also among the richest African musicians, owing to his huge musical success at both international and local levels. His private jet is Bombardier Challenger 605, which cost him $27 million dollars. It was also reported that Davido spends an annual maintenance fee of $700,000 to $4 million on his private jet. 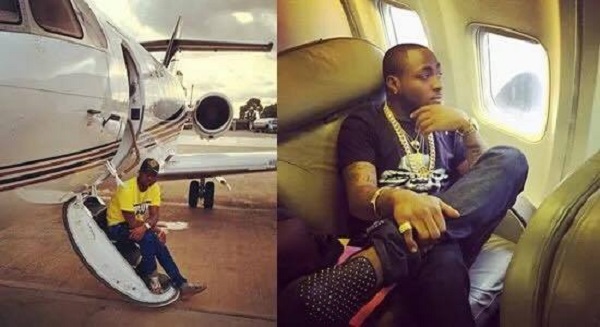 Davido is the youngest private jet owner in Nigeria

Before their infamous separation, the duo, Paul and Peter Okoye, were arguably the most successful twins in African when it comes to music. For ease of movement, they acquired a private jet, which was later sold off alongside their mansion due to the fight. 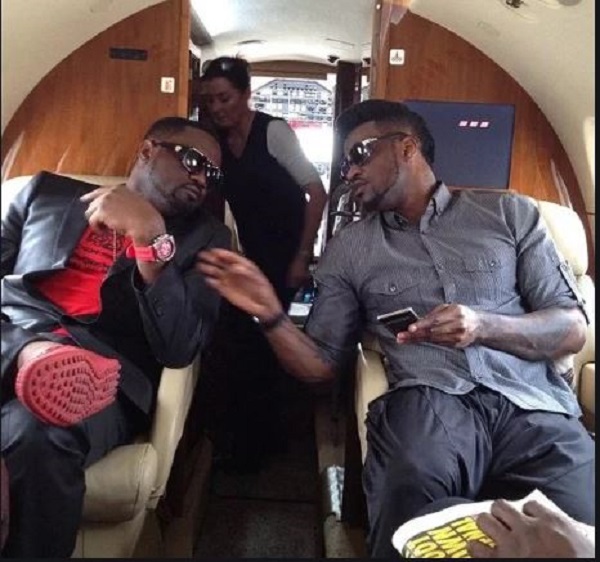 Surprisingly, a lot of people do not that Phyno owns a private jet. He fancies his private life, keeping most things away from public eyes. Well, the music star enjoys luxury time on air in his private jet.

>>> Follow the link to check: Phyno cars and houses are absolutely jaw-dropping 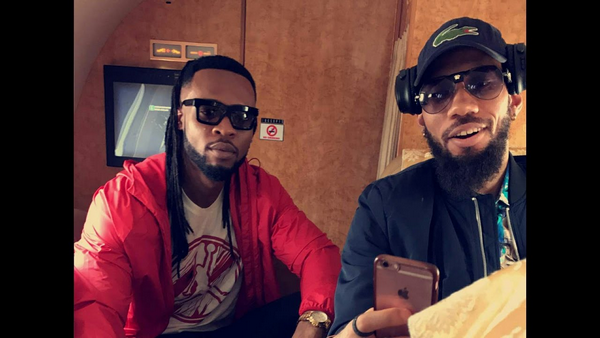 Tiwa is no doubt the most successful female artiste in the Nigerian music industry. You do not expect such a celebrity to be struggling with commercial airlines. She obviously owns her own private jet and flies around the world in it. 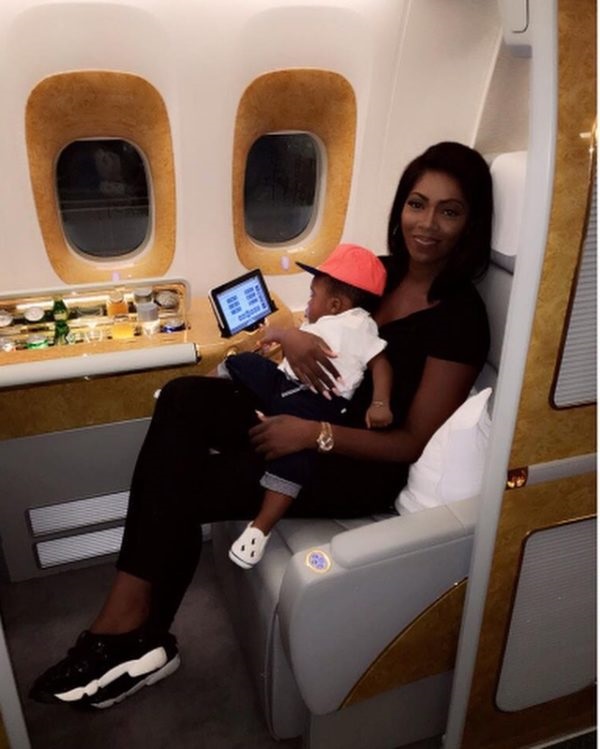 The CEO of Marvin records, Don Jazzy has made name for himself, producing some of the biggest talents in the Nigerian music industry. He surely has his own way of moving around, which is in his elegant private jet. 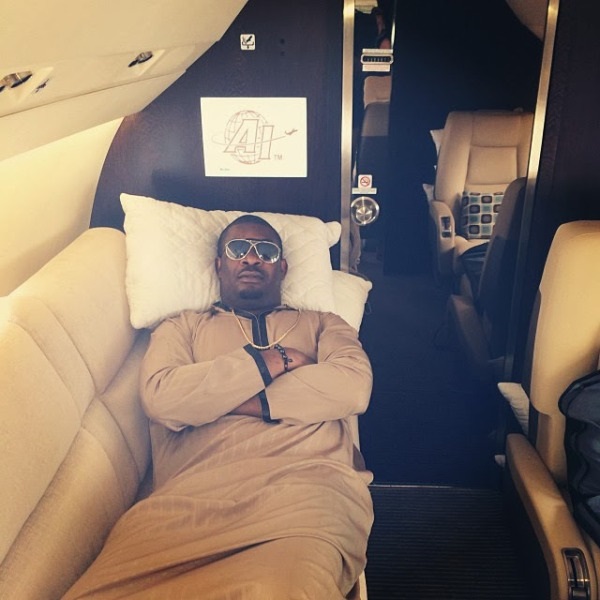 5. Other private jet owners in Nigeria

Orji Uzor Kalu tops the list of private jet owners in Nigeria as this former governor of Abia is having 5 jets in his hand. He also possesses a Gulfstream G650 whose price tag is up to $72 million. This is currently the most expensive private jet in Nigeria. 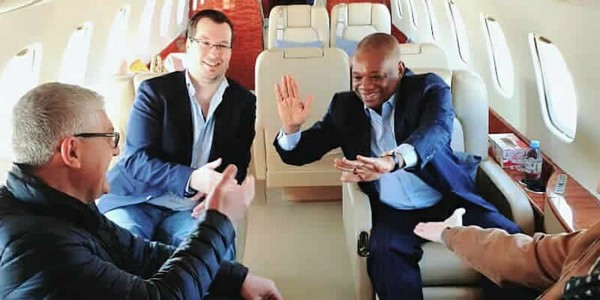 This man is a familiar name in Nigerian private jet owner club. He is clearly among the richest pastors in the country and even in the world who owns 4 jets namely Gulfstream G550, VG450 and Bombardiers 604. 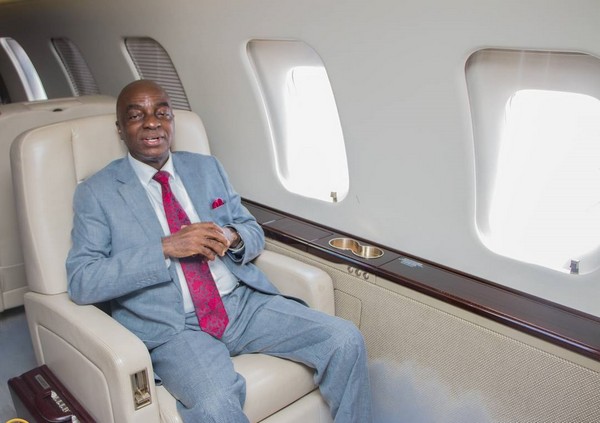 Another ex-governor who has more than one private jet, Senator Ali Modu Sheriff. He was a former senator and former governor of Borno. Ali owns 3 Dornier aircraft with another Gulfstream G650. 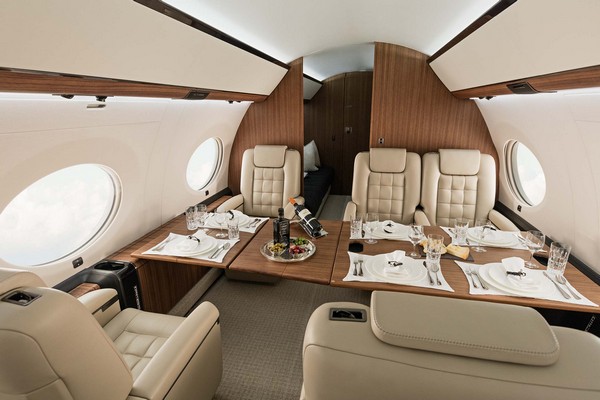 This is how it feels when flying inside a Gulfstream G650

Being the richest man in Nigeria, Aliko Dangote must have at least one jet for himself. He acquired a $45 million Bombardier's Global Express XRS on his 53rd birthday.

You can check Aliko Dangote's full car collection and pictures of his private jet in the link. 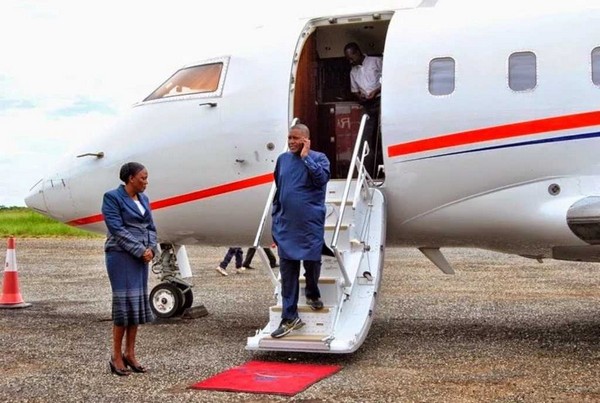 For the richest black man on Earth, one jet is enough

What would you do if you were the second richest man in the country? Mike Adenuga bought 3 private jets to surpass his competitor Aliko Dangote at least in terms of personal transport.

Wizkid currently is one of the most celebrated Nigerian musicians. No doubt, his fame comes with a lot of good things. Wizkid private jet is among the beautiful things that come with stardom. This private jet has proven handy for him as well, making it possible for him to attend paid events without disappointing his clients. With this private jet, he has carved name for himself as one of the richest Nigerian and African music artistes.