The air filter does the job of removing dirt, dust particles and other contaminants before the air/fuel mixture will take place to become a vapor. When the air filter blocks with contaminants, it will affect the fuel efficiency of the engine and power output will decrease. Discover 3 main reasons for engine-oil-contaminated air filter and the solutions below!

The air filter is built to trap dust, dirt and other contaminants going into the engine. By doing so, It helps to keep the engine running healthy and smoothly. However, it doesn't trap oil. Sometimes, when an auto mechanic is done replacing an oil filter, will say he found an engine oil either stuck inside the used air filter or inside the air filter housing. Now, when engine oil is found inside the air filter, it won't cause any catastrophic engine failure. However, it shouldn't be ignored. Here on Naijacarnews, we'll be sharing with you 3 main reasons for engine-oil-contaminated air filter and the solutions.

The PCV system is linked to the air filter housing through a vacuum hose that's responsible for providing vacuum release inside the crankcase. The component is placed on top of a valve cover and then pressure from the engine bottom flows via the cylinder head and escapes into the air intake. The PCV valve system shares the same similarity with an engine oil filter as it gets clogged up with excess dirt and dust(and engine oil as well), so the need to have it replaced as car manufacturers recommend. A situation where excessive oil clogs the PCV and you don't replace it, it will blow up via the PCV valve system and finds its way into the air intake system.

If you have a clogged PCV valve and your mechanic says, the reason it's blocked is because of the presence of engine oil inside the car filter, then replace it. Clean up the air intake and install a new air filter. 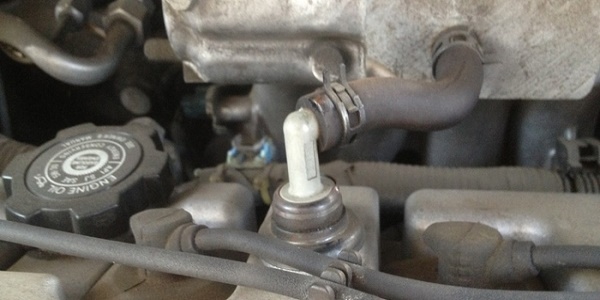 When you don't replace the PCV after accumulating excess oil, it will blow up

Another reason an engine oil enters inside the air filter is a worn out piston rings. The piston rings are found inside the combustion chamber, on the outer edge of a piston. The rings are meant to produce a combustion ratio and allow a small quantity of engine oil to keep at its work of having the inner combustion chamber lubricated whenever each piston strokes. When the rings get worn out with time, they’ll become loose and are capable of causing oil blow-up. It shows up as a blue smoke that comes out from the tailpipe when you are driving a car.

>>> Are you suffering? What makes a car AC smell bad?

When you inspect your oil filter and notice engine oil inside, you might be told to conduct a compression test by an auto expert. It’s done by putting a compression gauge on the holes of each spark plugs to examine each cylinder's compression. If it's found to be lower, then it's traced to worn piston rings. A worn piston ring doesn't get to be fixed. If you decide to replace the piston, know that it will constitute removing the engine and its an in-depth process. This process demands to rebuild the engine completely when it occurs, the best thing is to look for another vehicle. This is because it's going to cost you more to replace a piston than getting another vehicle. 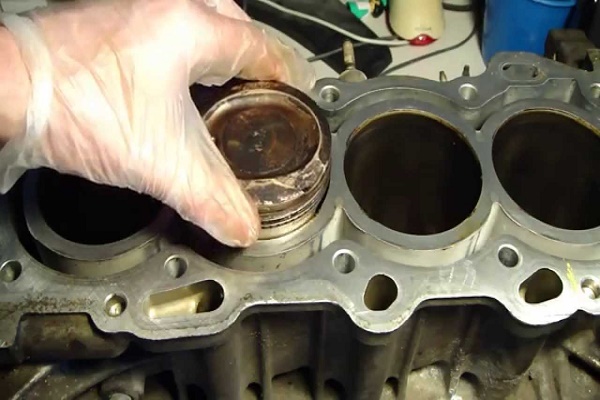 When the rings get worn out with time, they’ll become loose and are capable of causing oil blow-up

Here, this symptom arises when the air filter or engine oil have not been replaced as advised. And as a result, excessive carbon deposit will build up.

When the oil isn't flowing smoothly, it will create much engine oil pressure, causing extra oil to push via the PCV valve and then into the air intake.

Sometimes, getting it fixed has to do with changing engine oil and replacing the filter. However, when blocked oil galleys are noticed, the solution will be to have the engine flushed. Change the oil filter twice when you've driven 1000 miles to clear the oil galleys of dirt. 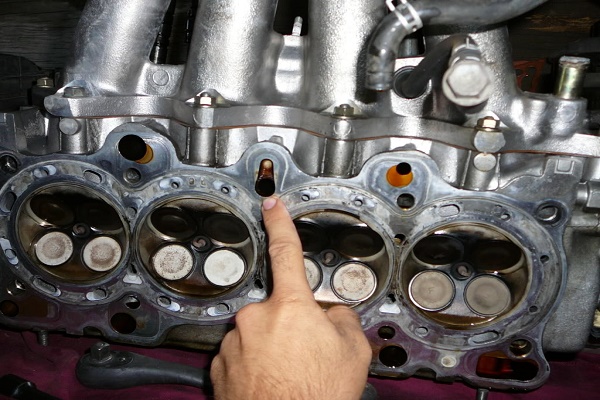 When the oil isn't flowing smoothly, it will create much engine oil pressure

>>> Should new tyres be fixed at the front or back? Find your answer here!

While having a routine car service carried out on your car, if you notice oil inside the air filter, invite a mechanic to inspect it. Your ability to properly identify the main source of the problem will save you much money and a danger that may escalate. You won't be changing your car when it's not yet due.

Video: Impact of a Dirty Air Filter on a Modern Engine

>>> Also check out more car tips here on our tips and advice section!