6 signs of a bad alternator

An alternator helps a car battery generate power for the electrical parts in the car, but how can you tell when it goes bad? Check out these 6 signs of a bad alternator.

When you turn your keys to start the engine and you hear only the sound of clicks, you may conclude that your car battery is dead. And if you end up changing your battery, the same thing will happen and you will fail to understand that it’s an alternator problem.

What is the work of an alternator?

An alternator works hand in hand with a car's battery to generate power for the electrical components installed in the car. This is mostly because it takes a lot of power to start an engine. As time goes on, the internal parts of an alternator can wear out from usage, then the need to replace it will arise. A bad alternator will have an impact on a car in a lot of ways if not replaced. And to this, Naijacarnews will be letting you on into some signs of a bad alternator to be on the lookout for. Check it out!

6 signs of a bad alternator

A flickering headlight is being said to be one of the first tell-tale signs that an alternator has started malfunctioning. When driving, if you observe your headlights becomes brighter and dimmer whenever you increase or decrease your engine's speed, know that it's no longer able to generate electricity that can power the electrical systems. When the alternator is working properly, the headlights will emanate bright lights regardless of the speed you are driving on.

Another sign is the dashboard lights all becoming dim. They are all clues that your alternator is going bad. 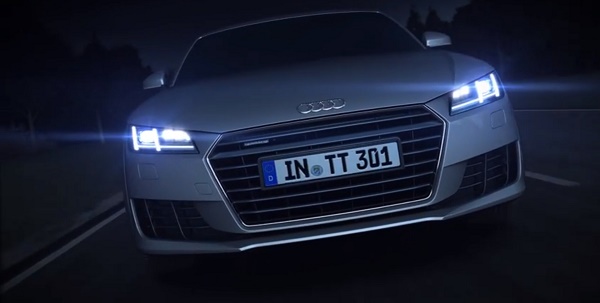 If your battery appears to be weak or it is dead, it may be an indication that your car's alternator has gone bad. What an alternator can help your car do is to refill the battery but it can't keep the battery running for an unlimited period of time. So, it’s important that you are able to tell a weak battery apart from a bad alternator.

There is a way to confirm if the problem is from a dead battery or a failing alternator. Don't start your car, then, take a look at the battery gauge symbol on your dashboard. If the lights are still bright, it may not be the battery. Note that when an alternator fails, the electric components in the car will try to pull power from the battery and it will affect the battery more, which is against the correct way to charge your car battery.

>>> Difficulties in starting car also indicates problems with alternator: 5 reasons your engine fails to start when it is cold

An alternator has many moving components that rotate when it's functioning well. If one of these parts is no longer effective, you may likely hear weird sounds. If you start hearing a grinding noise, it may be that the alternator is failing. The grinding noise may be coming from a worn-out bearing.

The voltage regulator may be passing some signs to the alternator, telling it to charge up more and it will cause the car to give out a whining sound. These sounds are all indicating that it's time to replace the alternator. If any moving parts of the alternator aren't working fine, it will make a weird noise

A car doesn’t only use fuel to run, it also makes use of electricity (Yes, although it isn’t a hybrid car). The alternator supplies power to the spark plugs which helps to ignite the fuel in your engine. If you are having difficulty starting your car, it could be that your alternator has gone bad. If you've already done the battery confirmation mentioned above, it’s possible the problem is from your alternator. When your alternator fails, a warning light will come on. This light has a battery shape on most vehicles. Some say ALT.

A lot of drivers see this light and come to the conclusion that it’s a battery problem when it’s not. An alternator's output is always between the range of 13 and 15 volts. If the alternator gets faulty, it can reduce or go beyond these levels and in turn send out the warning light.

Alternators are known as the car's main source of electrical power, so, when there are electrical failures, it’s an indication that the alternator is going bad. Electrical failures show up in different ways, like power windows operating slowly. Others are power locks, heated seats, and windshield wipers.

All these signs are an indication that your alternator isn't functioning properly. To know the state of your alternator, you should allow an expert to test the alternator for you so it can be fixed.

When driving, if the engine cuts all of a sudden, it may likely be an alternator failure. The fuel injector makes use of electrical power in order to do its job. A situation where it’s unable to do so, the engine will then stall. An engine cutting suddenly may mean a bad alternator