How the sunroof works, its problems and how to fix them

Sunroof aside illuminating your car, adds style and ventilation to it. do not panic when you are confronted with leaking sunroof. Click here to see easy ways of repairing car’s sunroof!

If there is any place in your car that is most likely prone to leakage, it has to be the sunroof that is, otherwise, called the moon roof. Before you start using the duct tape or silicon sealer which might eventually mar the body paint, it is essential you understand the working principle of the sunroof. After which we will identify DIY ways to keep the water outside the car without losing the comfort that a typical sunroof provides. 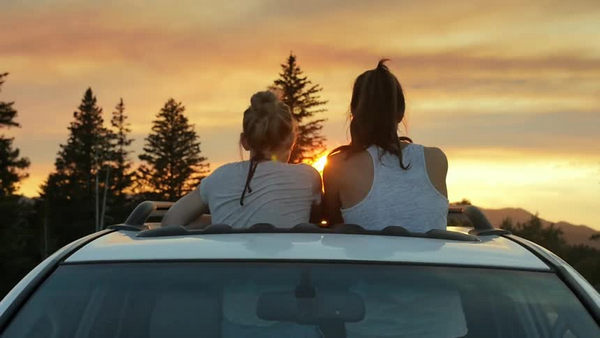 How do the sunroofs work?

Though some cars do not come equipped the sunroof but it is usually advisable you get one if love extra light and ventilation on cool days. A retractable metal panel is the first sunroof, which appeared in the 1937 classic Nash. Moonroof was introduced by Lincoln after slightly over 30 years. It was made of glass instead of the old metallic concept. This means the moonroof in the 1970s Continental Mark IV allowed light into the cabin even when it was closed. 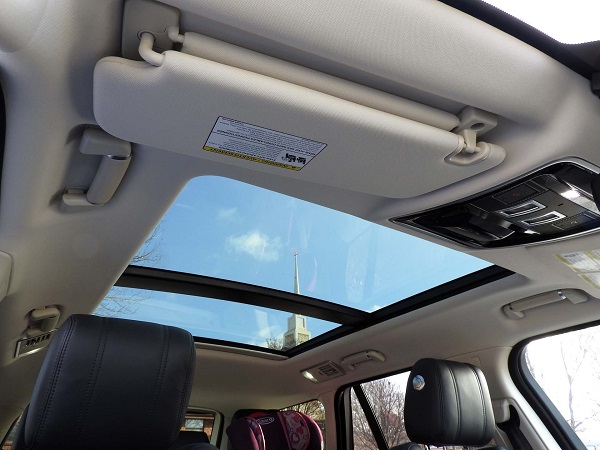 There might be a little controversy in today’s invention especially when trying to create a distinction between the metal and glass materials used for sunroofs and moonroofs. Though the industry might not have reached a final consensus, but we all know that panels in the roof made of glass whether tilted, retractable or fixed, they are often referred to as moonroofs or sunroofs. To avoid confusing our readers with the ambiguity of sunroof and moonroof, we will stick with sunroofs as we proceed in this article.

Most sunroofs are divided into two sections:

Internal sunroofs always fit between the headliner and the roof’s metal skin, which is retracted into a hidden pocket

These types of sunroofs are not as common as internal sunroofs. They mostly sit on top of the vehicle’s roof. Most made of glass and some is textile, mostly retracting on built track into the roof. 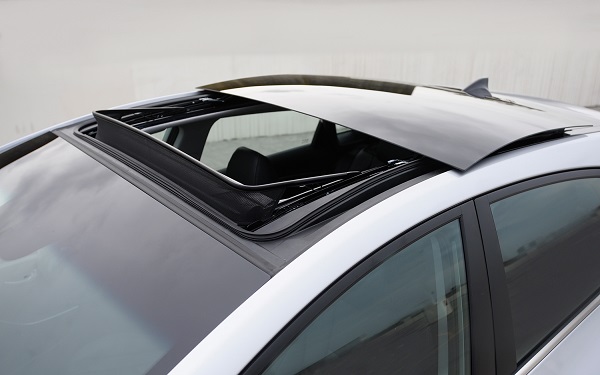 We also have the non-moving glass panels, fixed sunroofs which are designed to allow more light into the cabin.

As car owners, the highlighted problems are what you could possibly face when using cars with sunroofs.

Breakage or loose glasses are among the mechanical problems that could be easily repaired or replaced with a few hand tools. You can use nuts and bolts to repair a fixed sunroof made of glass. You might want to call an expert to help you with Urethane-adhesive sunroofs.

These are tricky problems to fix. This is because it could be lubrication problem, which could be fixed by just applying silicone grease to free up sticky sunroofs and avoid wear. The problem here is that many people often overlook this maintenance step and end up incurring more damage until it is too late. Worn out or broken cables can also cause sticking and binding sunroofs. The gear on the motor is usually meshed with the flexible cables, which could be ruined if there is a sticky track. This is not the type of repair you want especially when you are under tight financial budget. So, you cannot classify this under DIY auto repair. 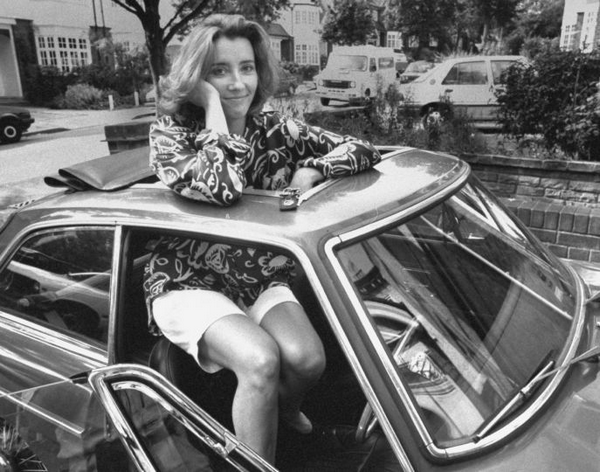 The sunroof was first introduced in 1937

When you find it pretty difficult to operate your sunroof, it could indicate an electrical problem which includes a blown fuse, broken wire or dead switch. It is important you check the fuses at first because they are easily accessible. There may be difficulty in gaining access to the sunroof motor, but some are placed behind the overhead consoles by some automakers. These ones can easily be removed. If the repair has gotten to the stage where you need to remove the headliner, it is much preferable you contact an expert to help with it.

Leaking sunroof- Ways of repairing it

There is one problem that usually occurs with car owners having cars with retractable sunroofs. These would include leaking sunroofs especially internally. Infact, you can be really pissed when you hear water sloshing around the roof. That could still be bearable compared to the much terrible scenario whereby rain falls directly on your head while driving. You shouldn’t feel bad yet if you experience such since fixing leaky sunroof is easily done with tools. 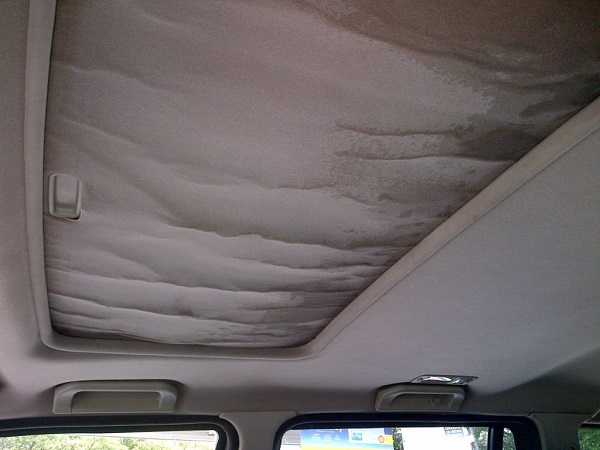 The first thing you need to do is taking a look at the seal found around the glass. It can be very obvious that the leak is coming from the seal around the glass of the sunroof. You can make use of RTV silicone, which is usually used in the bathroom to patch up a cracked sunroof. Make sure you get the clear silicone since it is hard for black and other colours to fit in perfectly.

If you notice that the seal is not the reason for the issue, you should check the drains in case they are clogged. This happens when the sunroofs fail to seal up perfectly after tilting up and down. In its design, automakers expect water tray to catch and divert the water outside the vehicle which makes it possible for the water to drip past the glass.

There are drain tubes that run inside the car at every corner of the tray. It is typically behind the A and C pillars, through a port close to the ground. Dirt, insects and other debris can clog these drain tubes. That is why they malfunction when clogged, which could eventually turn all the water on the roof onto your head.

Using few tools should be enough to fix the problem for you. You can get this from the closest auto store to you. Check out the two different methods to consider when fixing the problem:

You need to purchase a foot of thin plastic tubing from the home improvement section, which is flexible and tiny enough to fit in the drain of the sunroof. You will need to get fittings to adapt your shop-vac to the small tube in the plumbing section. You shouldn’t bother much about the glue but you should get a clamp to hold the tube to the fitting. The shop-vac should be used to suck the drain clean and the clean the tray of any dirt or debris.

You should ask for “universal” speedometer cable or order it if you cannot get it anywhere close to you. This coil cable has sufficient and needed flexibility to bend the drain tubes in the sunroof. It is enough to push through any dirt or debris. You will need to uncoil the speedometer cable and put it down via the drain tube. Twist it gently, poke and prod until you are able to successfully loosen the debris. 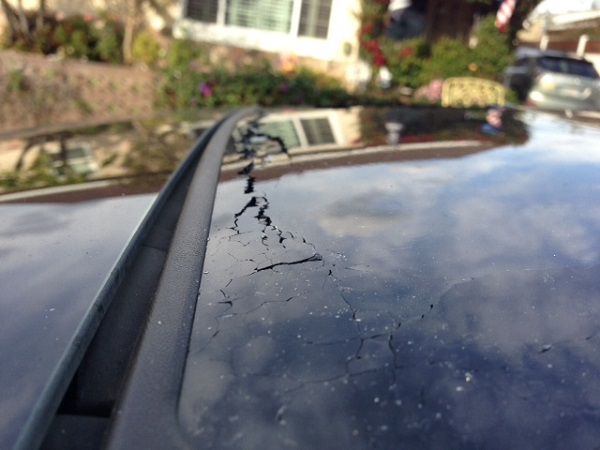 You can make use of RTV silicone to fix cracked sunroof

The listed DIY tips will help you in saving money and time. It is always good to discover these problems early enough and fix it in time. You should always clean the water tray and vacuum the drain in the sunroof for a minimum two times in a year. If you find the problem beyond you, do not hesitate to contact your mechanic or technician.