How well do you know hot V engines?

Hot V engines are gaining more popularity for boosting engine lag. Here's all you need to know about hot V turbochargers and their functionalities!

There is a reason why top automakers like Mercedes, Audi, Porshe, BMW and Cadillac are manufacturing hot V turbochargers; they are efficient. Perhaps you are wondering why the need to move away from the conventional style in snail replacement, this article brought to you by Naijacarnews has the answer.

In the presence of a regular turbo or a pair, the turbocharger is fixed right beside the engine, somewhere below the exhaust manifold. It is very easy to place it in that location, and its safety is guaranteed. But there are some challenges associated with this setting. Placing the turbo on the exterior of the engine’s footprint automatically takes up more space. And when the engine is already wide, it is impossible to fix the turbo into the bay. This explains why the LS swap is more appealing to consumers than Chrysler and Ford swaps due to its use of cylinder heads that are narrow. 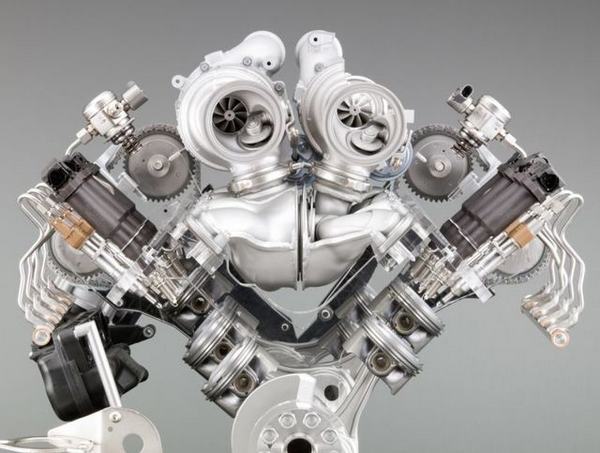 The further the turbo is placed from the exhaust valve, the higher the boost lag produced

To toe the line of a V-cylinder engine, a pair of turbo is needed. However, some models have, over the years, made use of a single bank of cylinders for powering the turbo. Worthy of note, it is the Saab 9-5’s 3.0L V6 that took this route. Another effective way to fix a turbo is to place it far from the head of the cylinder, preferably at the engine back. By doing this, the drivability sacrifice made by the turbochargers is taken, and further worsens it.

The further the turbo is placed from the exhaust valve, the higher the boost lag produced. Opening the throttle elongates the duration of time needed by the engine to pump more air.  And it takes even more time for the air to spin the turbo. When moved further apart from the exhaust valves, the turbo delays in making boost. And this leads to more turbo lag.

Turbochargers do well with hot airs. The hotter the air, the faster it flows toward equilibrium. In turn, the turbo spins more quickly, resulting in a faster boost. When the turbo is moved further from the exhaust valve, there is a cooling in the exhaust, and efficiency is lowered. 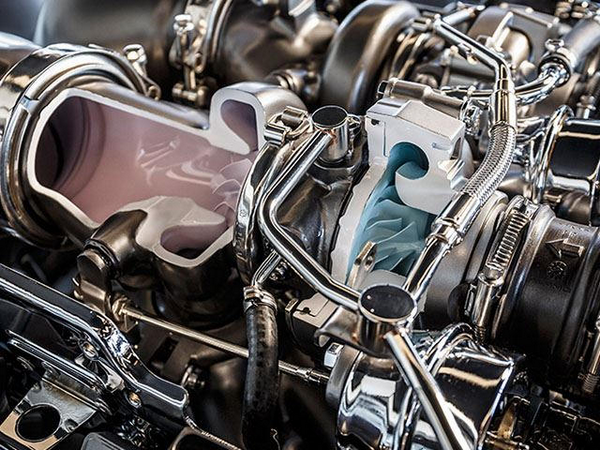 No doubt, turbos are efficient. But when it comes to packaging, they are not so great. Placing them in the logical place lowers their efficiency.

With the Hot V, the turbos are not fixed outside the engine but in the middle of the cylinder heads. This way, they are in a very close range with the valves, preventing an expansion of the engine’s footprint. A single turbo can be effectively used on a V engine.

The N63 V8 was used by BMW to pioneer the system. Mercedes-Benz followed suit with the AMG GT’s 4.0L V8. There is a reverse of the cylinder heads. Air outside the V is sucked and poured into the middle. A stubby exhaust manifold is tightly fixed on the cylinder heads. In some situations, the manifold of the exhaust and turbo housing are of the same casting.

Ensuring that the turbos are not far from the exhaust valve enables them to receive enough heat from the engine. They also make use of the exhaust pulses as the piston brings out used fuel and air for driving them.

There are some benefits in packaging. With no turbo left outside, and the absence of exhaust manifolds, the engine package is narrower. Less work is required to place it in more vehicles. It can also be placed into vehicles that are smaller in size such as the AMG GT.

But this does not mean that no component of the engine is outside the V. That is where the intake is placed. The intake is kept inside the V on most engines.

Lag is reduced when the turbos are moved to the V, and this creates a more efficient engine in packaging and power output.