Main causes of white smoke from exhaust & how to fix it

There are several reasons why the smoke out of your car exhaust has clear colors like white, black or even blue. This article focuses on the main causes of white smoke from car exhaust and suggests some solutions to it. Read on!

If you are observant enough with your car or with other cars, you’d notice that a car could emit different types or colours of smokes. Some of those smoke emissions are harmless and indicate nothing while others signify that something serious is wrong or going on with your car. Also depending on the type of smoke so does the severity vary.

In this article, Naijacarnews will lead you through the causes of white smoke and the best ways to tackle this issue.

White smoke is simply when your vehicle emits smokes that are whitish in colour from its exhaust pipe. White smoke may or may not indicate a serious problem depending on the thickness of the smoke. On a normal ground, white smoke results from normal condensation that builds up inside the vehicle’s exhaust system and would be released as a thin- like vapour into the atmosphere.

But with a thick white smoke, it sure is a red flag. It shows that the engine coolant is faulty and could further lead to an array of serious problems with your vehicle. 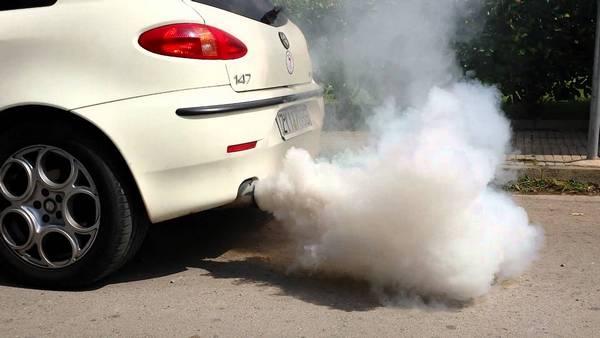 This is specially the case with vehicles that run on diesel. When billowing white smoke gets emitted while starting the engine, this could indicate that the pumping injection timing is not effectively functional in such vehicles.

While some car owners may want to tackle this problem the ‘DIY’ way, it is not quite advisable unless you have enough skills to do that because checking or changing the vehicle’s fuel pump injection requires a far more advanced skill than a mere driver would possess. Thus, we suggest you have your vehicle checked out by a mechanic if such a scenario presents itself.

If there is an excessive white smoke well after the engine warms up, then it definitely has to be a leak in the coolant. In this case, the white smoke doesn’t appear when you start the vehicle but while the car is running. Major indicators of leakage of the internal coolant is a thick white smoke accompanied by a reduced coolant reservoir level or sweet odour. The engine oil might also be contaminated giving it a milky appearance.

It is important you understand and get conversant with your car’s temperature. Do not worsen the situation of things by attempting to run the car when it is low on coolant. Also, do not take of the coolant reservoir cap or the radiator cap while the engine is running as it could cause serious harm and injury. 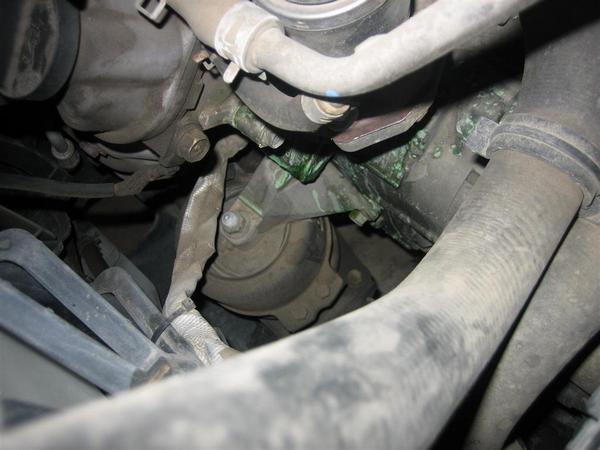 Issues with other parts of the vehicle

Aside from the two aforementioned cases, large amount of white smoke emission from the exhaust could indicate other serious issues such as a damaged head gasket, a damaged fuel filter, a faulty cylinder head and a clogged or cracked engine.

>>> Many people may ask: Is it important to use windshield wiper fluid or water is just ok?

If your vehicle emits white smoke especially a thick one while the engine is running, you might choose to ignore it but it would do you or your vehicle no good as it could lead to even more damage and increased cost of repairs. Issues like this are more reason why you should pay attention to your vehicles and the signs the show.

>>> You can check our page on Naijacarnews for more car care tips!