Should new tyres be fixed at the front or back?

Should new tyres be fixed at the front or back? This is one question with no definite answer yet, but we have found some that can assist you. See our explanations below!

No matter how new your car or the tyres are, they can still go flat after a while. Asides that, you also have wears, tears and expiration dates to worry about. That's why it's important that you change your tyres as soon as they burst, go flat or can't be used. But what happens when all four of them go bad and you can only afford, say, two tyres? Does it mean you will have to park the vehicle till you can purchase every replacement? Definitely not.

Where the actual deal is, is in knowing where to install the first set of new tyres - at the front or back. It has nothing to do with knowing the techniques for fixing tyres, but putting them at a part where they ensure smooth running of the vehicle and ease of control. Therefore, if you're still wondering new tyres should be fixed at the front or back first, this article by Naijacarnews has got all the answers you seek.

A lot of car experts argue that the front tyres of any vehicle undergoes more wears and tears because it is the one with the most interactions with the road. Others say this argument only stands for front-wheel drives because it is known that more power and torque is exerted to the front-wheel. They believe that as a result of these arguments, placing the new tyres in front is best so you have a fresh feel while accelerating forward.

It's also expected that the old tyres at the back will have less friction and pressure so it won't wear out quickly. This is somewhat true but also has its disadvantages. 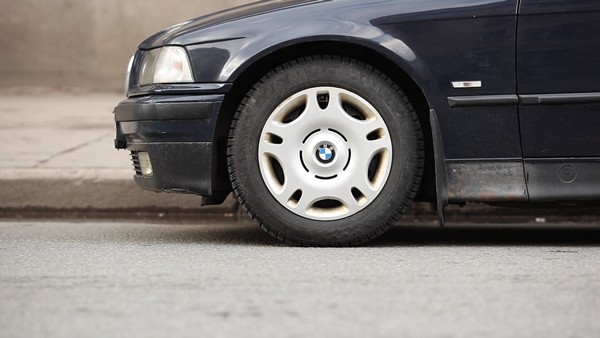 The new tyres in front takes sometime to actually get used to the road. While still adapting, it's more likely to skid off the road - especially on wet days. This happens as a result of an under-steer where the tyres will want to maintain a straight line. As you try to steer some more, turning the steering wheel can cause an over-steer where the car spins and gets into accident. It is believed that traction is a lot less when new tyres are in front because the back tyres that are meant to provide support are worn out. In this case, you probably have to drive slowly to ensure that the tyres maintain balance.

>>> Watch out these deadly mistakes! Top 5 expensive car mistakes that cause frequent repairs

Another school of thought is of the opinion that installing tyres at the rear helps with traction and over-steer. But what exactly are those? Traction is ability of your vehicle to stay stable on the road and not skid or lose its grip while accelerating. Over-steer on the other hand, is when the vehicle turns more than or beyond the expected angle you planned or estimated. It is believed that since the rear tyres provide support for the front ones, they will help in preventing traction loss. The thread of the old tires might be too worn out to maintain friction and grip, that's where the new tyres come in.

Remember we explained that the new tyres will want to maintain a straight line while driving? The old tyres in front easily turn since they have adapted to the car and the road while the new tyres with more grip provide adequate support from the back, hereby preventing loss of control

There's something known as hydroplaning. It is a situation where water builds up on the lines and along the tyres, making it easy for them to lose grip. If this is considered, then the notion that new tyres should be at the back would fly. This is because since the front tyres do a lot of work, if hydroplaning occurs and the old rear tyres can't provide enough support, you will likely end up in an accident. 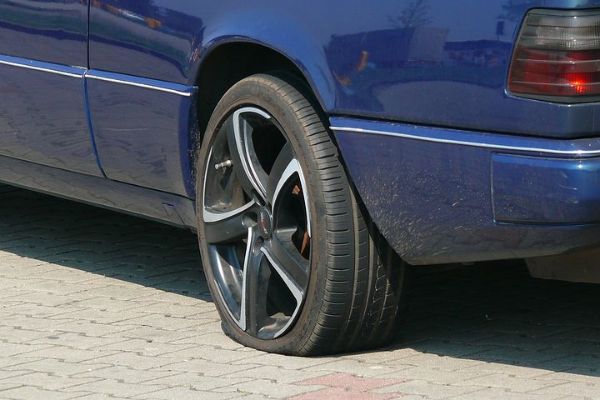 At the end of the day, it's up to each different case!

A car specialist, Brenam Chitundu, stated on a website that he thinks a bit different about the verdict. He believes that where new tyres should be depends on the region you find yourself.

"I think that while what has been documented is true in certain weather conditions, but surely not in the tropical regions where high temperatures are the order of the day. In this regard, it is better to always have good front tires - otherwise tire burst would soon take your life on highways", he was quoted as saying.

To an extent I agree with him. If you notice from the article, the major reasons it's adviced that new tyres should be at the rear is because of wet roads. In tropical regions where you hardly experience snowing, long winter and spring, it's best that the tyres stay in front. In this case, Nigeria is a tropical region. Therefore, our verdict is, if you live in Europe or North America it's best you install the new tyres at the rear for better stability of your vehicle. However, if you live in sub Saharan Africa, it's best you have those new tyres in front since it will be doing the most work.