Volkswagen Passat has recently emerged as the best selling mid-size vehicle in its segment. Click here for the full story!

Naijacarnews - Your first destination for freshly served and trending automotive news in Nigeria and other parts of the world.

It’s quite an incredible achievement if you hit a massive milestone as an automaker. This could be in production unit and cost or even in purchase. The bottom line is the extent to which people love patronizing your products and what exactly set you apart from other competitors.

Most people might not know this; Volkswagen is really balling right now from the latest milestone reached with the mid-size Passat. This would give other strong auto brands a race and a reminder to buckle down. 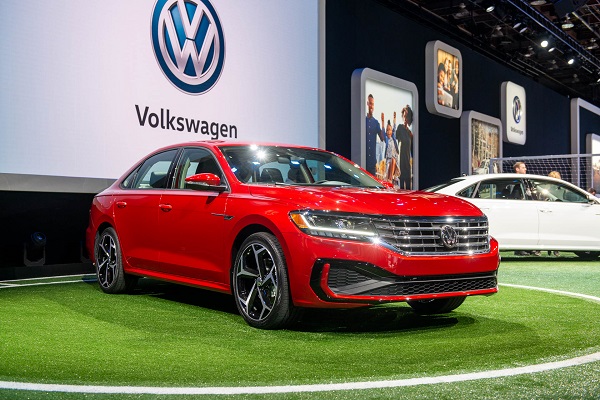 Take a peep into the future - 2020 Volkswagen Passat unveiled

Volkswagen has been producing the Passat in ten different factories in three continents. It was reported that the American customers are already enjoying the latest generation of the Volkswagen Passat, which has been on similar platforms with previous versions. Its customers from Europe will have the chance to start acquiring this refreshed version of the old continent model starting from May, 2019. It is also worthy of note that the production of this newest model is going on already at the Volkswagen’s plant located in Emden. This is where the company rolled out its 30-millionth Passat off the assembly lines. When you decide to put such incredible number into broader perspective, it puts Passat behind Golf, as the second best-selling product of Volkswagen. This means, it is definitely ahead of Beetle in term of sales.

While it is important to let you know that we are in the eight generation version as the production of the Passat started since 1973. This indicates the presence of this model in the automotive market for over four decades. That is long right? The company is quite filled with excitement when making the announcement that not only is the Passat the most valuable family car, but also the most sought after mid-size car in the world. The series that got to that 30-millionth landmark is the Passat GTE Variant that comes with a hybrid plug-in powertrain. This pyrite silver metallic variant would be deployed as a test and press car for the international media event.

According to Ralf Brandstatter, who happens to be COO of Volkswagen, made an official statement recently saying:

The Passat is one of Volkswagen’s most important and most successful cars – since its launch 46 years ago, 30 million customers have had confidence in this Volkswagen vehicle. As a result, the Passat has become one of the world’s greats; a car which today is as much at home in Beijing as it is in Berlin, Sydney, Johannesburg or on the streets of San Francisco. At Volkswagen, we are proud of this successful model, which is still the benchmark within its class today.

On 14 May, 1973, the company began the original production of the Passat in Wolfsburg. This commenced the beginning of a new era. According to him, Passat was launched as an effective successor to the Volkswagen 1600. This predecessor before Passat had an air-cool engine at the back of the car and it was a rear-wheel drive.

Andreas Tostmann, member of the Board of Management in charge of production of the Volkswagen brand, added that company is currently in the position of manufacturing Passat on three continents through its ten plants. However, these production plants are effectively distributing their products to over 100 markets. To him, such huge presence in the automotive makes Passat a true global bestseller.

We all know that Volkswagen has a very strong market in Nigeria. Many car lovers in the country have been patronizing Passat for quite a while. We definitely wouldn’t mind if we get to see the latest version of Passat running on our roads.

>>> Naijacarnews.com is a one stop resource for auto news, celeb car and other transportation matters