The mistaken bidding money was met by laughter, annoyance, and boos. And that was how people started leaving the auction house while the rare Porsche Type 64 Nazi remained unsold. See the details of the bizarre auction here!

No one saw it coming. Not even the owner of the auction establishment where it happened and the auctioneer who committed the mistake! But it was enough to stop the Porsche Type 64 from being sold during the Monterey car week. Read on to get the bizarre story happening at the Monterey Car Week.

It all started well on a Saturday night, with the hall full of people highly anticipating a bidding war of the first car that was produced by the German automaker, Porsche.

As gathered by Naijacarnews, the Porsche Nazi car was planned to be sold for $20 million but it seems that catastrophe had already taken its course as the auctioneer was heard calling up $30 million as the first bid. This was quickly followed by a screen display of the figure being converted into several currencies. It didn't take much time for the bidding prices to rise to $70 million. For this, the attendees started to record the auction as the Porsche Type 64 was turning out to be the world's most expensive car to be sold off at an auction. But it didn't become a reality. 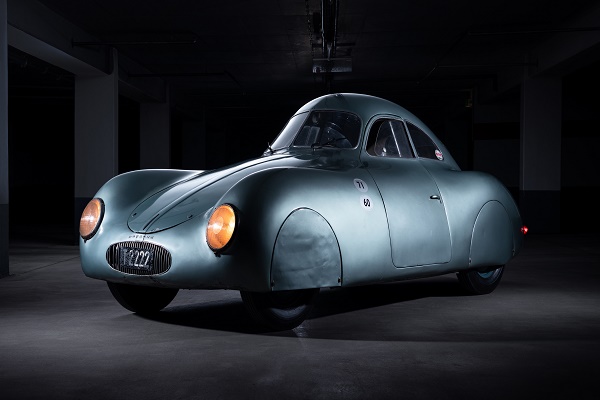 Few minutes into the prices soaring, the auctioneer suddenly said, “I mean 17 million”. The screen was quickly changed to display 17 million. He told the attendees he wanted to say $17 million instead of the $70 million he mentioned before. This was met by laughter, annoyance, and boos. And that was how people started leaving the auction house.

>>> So your car doesn't suffer the same fate as the Type 64, see Tips on how to sell your used car in Nigeria 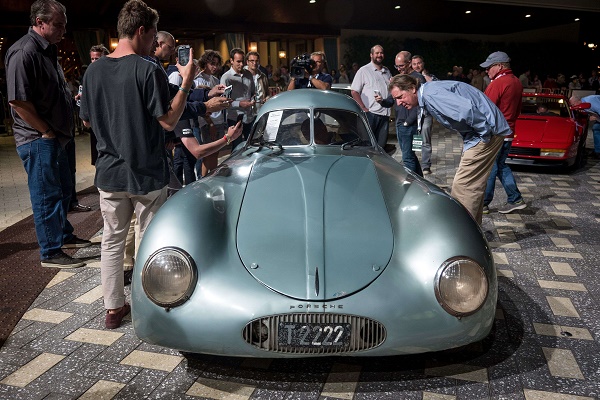 Attendees checking out the Porsche Type 64 at the auction house

While speaking to some newsmen over the failed auction, a spokeswoman for the auction house opined that it was all a mistake.

Here's what she said,

It's unprofessional from start to finish, not only from the auctioneer, but also from the other employees who just let it run."

Well, that's it. And we also agree with Eisenbeis' submission on this incident. An apology would have salvaged the embarrassing situation.

>>> Check out our news section for other car news updates