Okada riders in Lagos constitute nuisance on the road. They are fond of flouting traffic and driving rules. Check out the most common crimes they are guilty of!

If you live in Lagos, you must be familiar with Okada riders. They are everywhere. Despite efforts by the state government to restrict movement of Okada riders in certain areas to create some orderliness on the road, somehow, they find a way to ride in those areas.

It’s very common to see motorcyclists involved in a fight with either motorists or pedestrians on a regular basis. The reason for this isn’t farfetched; they are always doing something wrong in a bid to cut corners on the road. That’s not to say that these transport workers are the cause of every problem on Nigerian roads. However, this article brought to you by Naijacarnews is aimed at highlighting their wrongdoings.

8 most common crimes of Okada riders in Lagos

If you think car drivers are the only ones who can be guilty of overloading, Lagos okada riders are ever ready to surprise you. Ideally, a motorcycle is meant to carry only two people – the rider and a passenger. But that’s not in the books of riders in Lagos. They can carry as many as three people – two in the back seat and a child in the front seat. If they had their way, they’d carry even more people just to make more money. 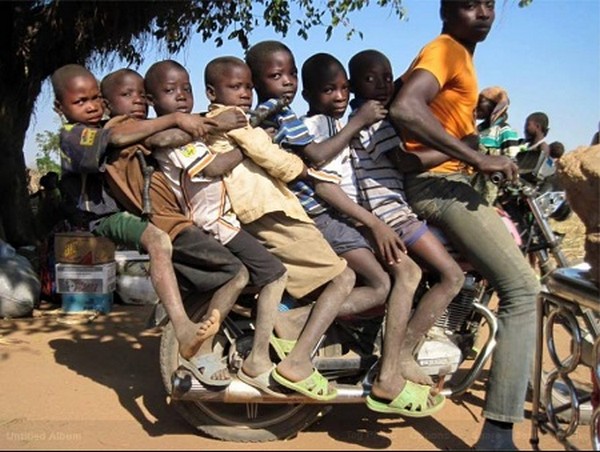 This Okada man has become a legend in overloading motorcycle

Okada riders are a major part of motorists’ nightmares in Lagos because of their indiscriminate movements. They come out of the blue and pass through places they aren’t supposed to pass. In the process of doing this, they collide with other road users and scratch their vehicles.

Trust Lagos car drivers, they aren’t having any of this – that’s why you always see motorists and okada riders involved in either a fight or heated argument.

>>> Protect yourself, read these tips! Driving a long distance? These tips will make it safe and fun

A motorcycle is different from a car. Riding it puts you at a higher risk in the event of an accident. Hence, there’s the need to cover up yourself with a helmet. Despite efforts by the authorities to enforce the mandatory use of helmets by these riders, they totally disregard it. 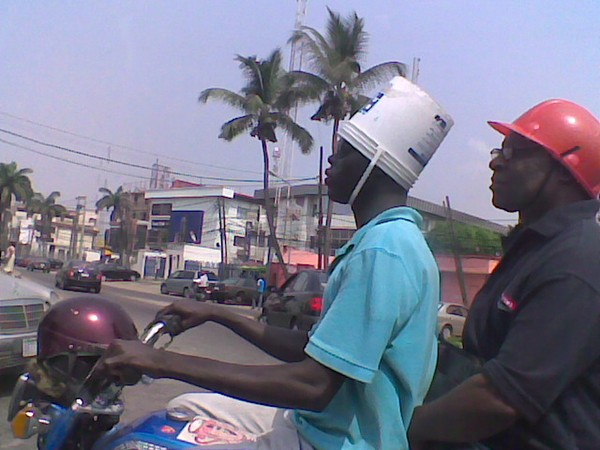 Sometimes it's riding with wrong protection

It isn’t a crime to overtake other vehicles on the road. People move at different speeds. If they aren’t keen on arriving at their destination faster, you can overtake them and keep it moving. But then, there are rules of engagement as far as overtaking is concerned. These rules are necessary to prevent accidents on the road. But for some reasons, Lagos okada riders develop selective amnesia when overtaking people. When you see them overtaking, you begin to wonder if they aren’t afraid of getting involved in an accident.

Perhaps passengers are to blame for this, but okada riders cannot be exonerated because they encourage it. Okadas aren’t meant to transport big objects but human beings. In order to make quick cash, these riders encourage passengers to get on their vehicles with big objects that obstruct free movement on the road. Imagine a passenger on an okada carrying a car windscreen, it’ll definitely extend beyond the width of the okada. 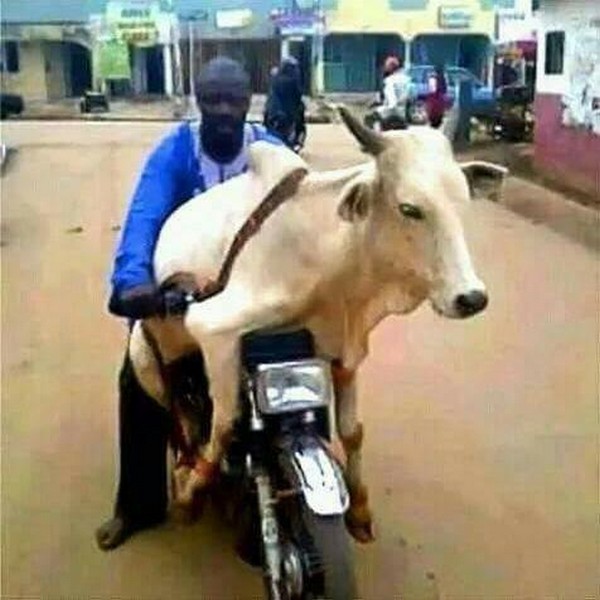 When we say 'objects,' we may not even think of a cow

This list would be incomplete without including over speeding. Lagos okada riders can give car drivers a run for their money when it comes to speeding. The Nigeria Highway Code clearly states that 50km/h is the maximum speed limit for motorcycles. But obviously, okada riders didn’t get the memo.

7. Absence of reflective at night

The major function of a reflective is to make the okada rider visible to other road users at night to avoid collision. You are wasting your time if you expect a Lagos okada rider to have one.

But for the street lights on the road, driving at night would be a disaster as majority of okada riders don’t have functional lights. As far as they are concerned, their eyes are bright enough.