In partnership with Toyota and Nissan, Japan is set to introduce autonomous cars on its streets before the 2020 Olympic Games in Tokyo. Check the design of this hi-tech car!

Dozens of self-driving cars will be allowed to roam freely around the streets close to the area of competition prior to Tokyo Olympics by 2020.

According to Bloomberg report, local government is collaborating with Toyota and Nissan to get these autonomous vehicles rolled out on its street a week before the commencement of the games by July 2020. The country is very much interested in showcasing its self-driving strength on the global stage.

>>> This car doesn't drive itself, but comes pretty close. Check this! Nissan debuts the all-new Skyline with ProPilot driver assistance

Specific details about the program are yet to be revealed but hundreds of autonomous vehicles are set to be offered close to the venues for the Olympic Games. The self-driving cars’ on-road test will continue even after the end of the games, throughout Japan until 2022. By 2025, these self-driving cars are expected to be introduced to the streets of Japan fully. 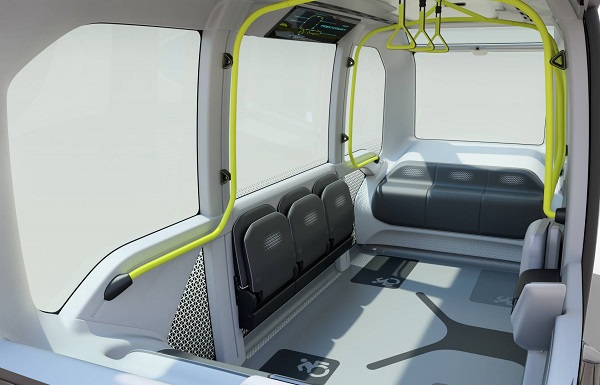 The E-Palette is set to accommodate up to 20 people, with enough room for 4 wheelchairs

Just last month, the automaker, Toyota, made an announcement on its self-driving electric E-Palette concept, which would be running all through the Olympic Village. Although, this E-Palette will have a human operator at all times inside, which will accommodate up to twenty athletes and staff, or even provide sufficient room for 4 wheelchairs and 7 standing passengers.

>>> Here's another exciting new auto release, this time from Porsche! Take a look at Porsche 99X Electric, the new entry into Formula E

Accessible People Mover, specific for short trips and Concept-I, which was introduced at the CES 2017, are the two other models that Toyota will introduce, which will act as the lead vehicle in the marathon and operating vehicle for the torch relay. Level 4 test-drive of the self-driving car will be offered by the same automaker, which will electrify ninety percent of the whole Olympic fleet.