For those people that still doubt the possibility of riding in self-driving cars anytime soon, BMW and Mercedes say 2024 is the year. Check announcements around their plans here!

For quite a while now, all of the new vehicles that are being launched in the global automotive industry have only had Level 3 autonomous vehicle technology at peak, but NaijaCarNews is excited to break it to you that things are about to change soon.

BMW and Daimler-Mercedes have begun a collaborative project on next-generation self-driving cars since the beginning of this year 2019 and recently, they have announced their optimistic plans of delivering Level 4 autonomous vehicles soon.

The two giant automakers made it known that they are working on Level 4 autonomous cars that will truly require zero human intervention in handling freeway casual driving chores. Even though a dedicated driver might still be needed to remain behind the wheel for now, these proposed vehicles should be able to drive themselves effortlessly while the driver just sits there relaxed and doing nothing.

This type of cars will definitely include automated parking systems as well as advanced driver assist technologies and are expected to hit the public road by the year 2024 according to the automakers. 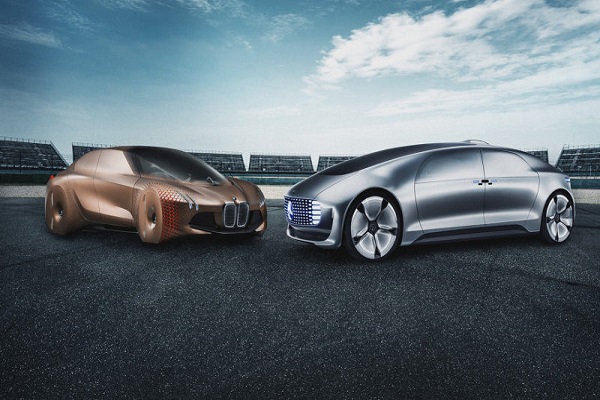 In order to truly make this work, Mercedes Benz’ parent company Daimler as well as BMW will have to share 1,200 autonomous technology experts that will be often times mixed in teams and based at the BMW’s “automated driving” campus located in Munich together with two other autonomous test centres belonging to Daimler.

In a recent press release, the BMW Group revealed that the groups will be focusing on the building of;

"driver assistance systems, including sensors, as well as a joint data centre for data storage, administration and processing, and the development of functions and software."

On a side note, BMW solely has plans of releasing a Level 3 autonomous car in the year 2021, while Daimler-Mercedes similarly has also teamed up with Bosch to work on an urban autonomous pilot program in this year 2019.

Apart from BMW and Daimler-Mercedes partnering up to release Level 4 publicly accepted vehicles, the two automakers are also planning to hold talks about developing Robo-taxis’ technology, especially for urban regions.

Considering the stunted progress of Level 4 autonomous vehicle technology in recent years, getting it done in 5 years as these two giant automakers propose would surely be an outstanding breakthrough.