BMW says its BMW i8 Roadster safety car is the first open-top safety car in the world. Check pictures and details of this special car below!

BMW has officially presented the new BMW i8 Roadster as the safety car for Formula E championship. It was revealed at the Yacht Club de Monaco. The BMW i8 Roadster shown has undergone some modifications.

The safety car has been designed with a partial resemblance to the i8 Coupe Formula E safety car, however, it has a striking appearance that's easily noticed. All thanks to the windshield that was replaced with the aero screen, dominating the car's look. The car's center of gravity is said to be 15 millimeters lower. BMW said the customization doesn't need any major structural modifications as the i8 is stiff enough to perform the duty of a safety car. 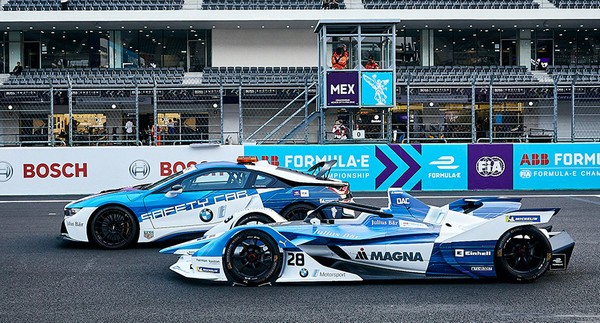 The BMW i8 Roadster all set for the Formula E championship

From reports reaching Naijacarnews, the vehicle's aerodynamics package is custom-built for the championship. It’s fitted with front splitter, rear wing and the light bar standing above the rear wing. It has the BMW M Carbon Ceramic brakes to enhance its braking performance. The safety car also came with an FIA-approved roll bar. And BMW wouldn't mind saying the i8 Roadster is the first open-cockpit safety car in the world. Who knows?

Trying to ascertain the Formula E safety car that looks cooler between the aero-screen i8 Roadster and the i8 Coupe will have to do with the personal taste of individuals. 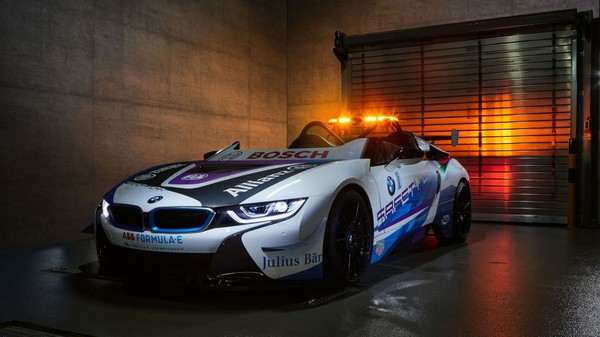 It has the BMW M Carbon Ceramic brakes

BMW also has its i3s model being used as race director cars while the BMW 530e serves as a medical car.

The BMW i8 Roadster

>>> Check out the latest car news on Naijacarnews!