North Koreans trooped out in thousands to welcome the Chinese President's visit to Pyongyang. Check out the grand welcome with exotic cars and motorcycles!

A huge crowd of North Koreans took to the streets to welcome Chinese President Xi Jinping after he was received by North Korean leader Kim Jong-un in the company of his wife Ri Sol-ju at the international airport in Pyongyang. 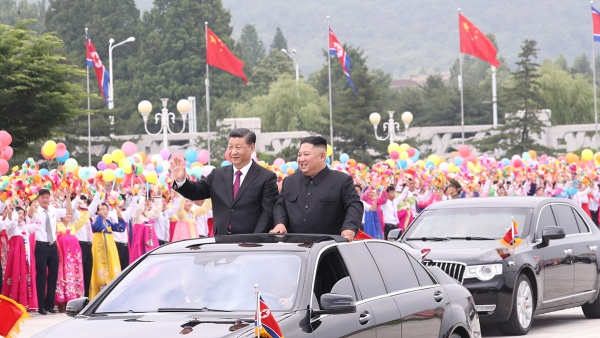 Both leaders stand on the open-top Mercedes, waving to the crowd

Conveyed in a black Limousine surrounded by no fewer than 21 motorcycles, the Chinese leader was chauffeured around the streets of Pyongyang as thousands of people stood by the road watching him amidst the praise “man sei. " 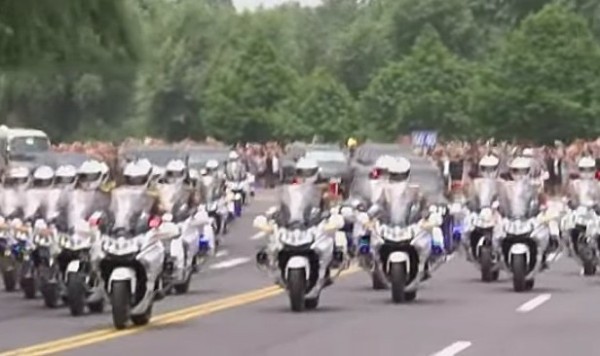 A fleet of the motorcycles welcoming the Chinese President

This visit by the President of China is the first visit from a Chinese leader to the country in the past 14 years, and it comes a few days before Jinping will meet with Donald Trump at the forthcoming G-20 submit which both leaders are scheduled to attend.