Ford has been in a series of scandals in the past, and are about to get into trouble again over faulty transmissions in the discontinued Focus and Fiesta models. See more here!

About two years ago, Ford Motors announced that it would discontinue the production of the Ford Focus and the Ford Fiesta sedans. They listed poor sales and "focus on improving other models" as some of their reasons. This was after a case was filed against the company sometime ago by a driver whose Ford Focus had a faulty transmission. There's a likelihood a similar case would land them in a bigger lawsuit pretty soon.

Lawyers in the United States have uncovered the possibilities that the US car manufacturer have always known about faulty transmissions in their Focus and Fiesta cars ever since they were launched and did nothing to correct it. It's even worse as its believed that Ford Motors might have also lied to customers in a bid to put a lid over the matter. Legal experts say the company could be looking at a four billion dollar lawsuit. 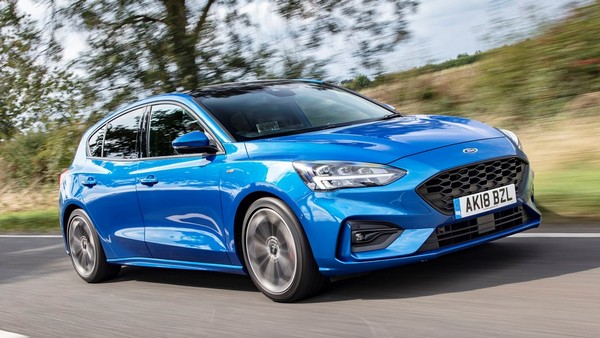 Ford Focus and Fiesta cars have had faulty dual clutch automatic transmission for a long time and settled lots of car owners affected out of court. But recently, a not-for-profit organisation - the Public Citizen - decodes RI take up the case so customers can get a better settlement. They believe every single one of the 1.9 million drivers who purchased 2011 - 2016 Ford Fiesta and Focus cars should get proper compensation or full refund. It's worthy to note that drivers of these cars constantly complained about faulty automatic transmission, slow acceleration, and jerking.

The automaker said in a statement recently released:

Ford is committed to providing our customers with top-quality vehicles. We continue to deny the allegations in this lawsuit, but rather than continuing with the litigation, Ford entered into a settlement agreement with lawyers representing these plaintiffs. That settlement is fair and appropriate and we look forward to final court approval,

A spokesperson for Public Citizen said that the $35 million deal proposed by Ford isn't bad, but knowing that the company has known about the fault for years, owners should opt for a better deal. An instance when an owner of a 2014 Ford Focus experienced gearbox problems less than a week after purchasing the unit, brand new, was cited. The car owner returned the vehicle to the US automaker and demanded for a refund, it wasn't given. He took the company to court and was award about half a million dollars in compensation. Comparing that to 35 million dollars Ford set aside for settlements, seemed ridiculous.

The small Fiesta and Focus will land Ford in a lawsuit

Therefore, Public Citizen believes that a four billion dollar compensation won't be a bad Deal. Therefore, if you once purchased a 2011 - 2016 Focus or Fiesta, get ready to benefit if the litigation pulls through.