The Volkswagen ID R has reached a milestone by smashing every record at Nurburgring Nordschleife with the Porsche driver, Romain Dumas behind the wheel. Read on!

A new milestone has been reached in electro-mobility by Volkswagen. With an average 204.96 km/h in speed, the Volkswagen ID R with the output of 689 horsepower smashed the electric lap record at Nurburgring Nordschleife, through Romain Dumas, who is a driver for Porsche, hereby lapping the 12.9-mile circuit in 05.336 seconds (approximately six minutes). 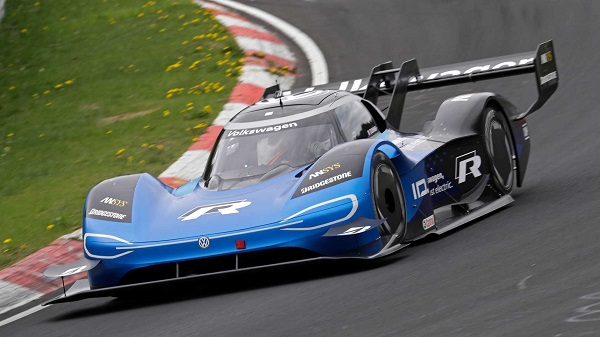 The Volkswagen ID R was able to reach the milestone by lapping the 12.9-mile circuit in 05.336 seconds

The mark at the Nurburgring is the most recent ID R’s electric record, which a new hill outright record was set last year on the 12.42-mile Pikes Peak International Hill Climb course.

You would be surprised to know that despite this electric milestone reached by Volkswagen ID R, it doesn’t place it as the fastest world’ s famous track car. This record is being held by Porsche, which is also a product of a parent company, Volkswagen Group. A record of all-time was set last year by Porsche 919 Evo at 5 minutes 19.55 seconds.