President Muhammadu Buhari has commissioned the Oshodi Transport Interchange by April 24, 2019, bringing joy to Lagos commuters. Check interesting facts around this interchange below!

The Lagos State Government under the leadership of outgoing Governor Akinwunmi Ambode has executed a lot of projects in the state’s transportation sector. Prominent on the list is the Oshodi Transport Interchange project which was commissioned by the President of the Federal Republic of Nigeria Muhammadu Buhari in April, 2019.

Oshodi is a very popular bus terminal in the commercial hub of Nigeria Lagos. With thousands of people passing through the terminal to their various locations, it was home to all sorts of menace. As part of his agenda to create a better Lagos State, Ex. governor Akinwumi Ambode, after coming into office in 2015, embarked on the project to transform the bus terminal into an ultra-modern masterpiece. 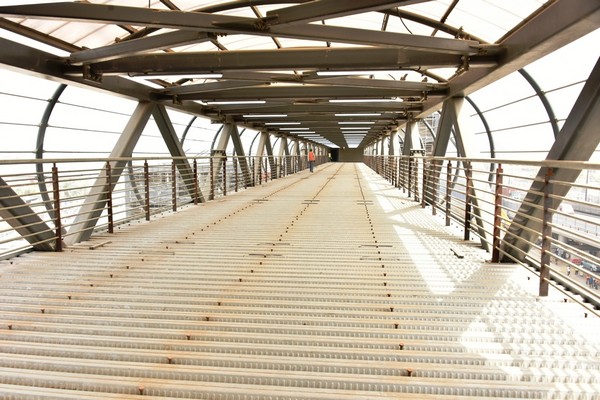 Lagosians will walk through this facility without stress

With serious work ongoing at the site for the past three years, the $70 million transport interchange is ready to be commissioned. Befitting of such honors is the President of the country Muhammadu Buhari.

The completed project will have three terminals. The first terminal will be designated to inter-city transportation. The second terminal will be strictly for the Bus Rapid Transit (BRT), catering to passengers moving from Oshodi to other parts of the state. The third terminal is for transportation from Oshodi to some parts of the Island as well as Ikorodu and Surulere amongst other places.

>>> Are you interested in this topic? 7 most commonly used cars by Nigerian politicians

One thousand modern buses will be made available for use at the three terminals. It will also have one thousand light effects to bring out the beauty of the transport interchange.

Upon competition of the project, Naijacarnews can confirm that Oshodi will indeed be transformed into an ultra-modern city as residents of the state will be able to enjoy world-class transportation facilities.

Oshodi is a beauty to behold at night