A tanker loaded with petrol has caused a fire outbreak in Onitsha which has destroyed lives and property. Check details of the incident here!

Many residents of Onitsha, Anambra state have been left devastated after a petrol laden tanker crashed inside a drainage channel at Upper Iweka sparking a fire. 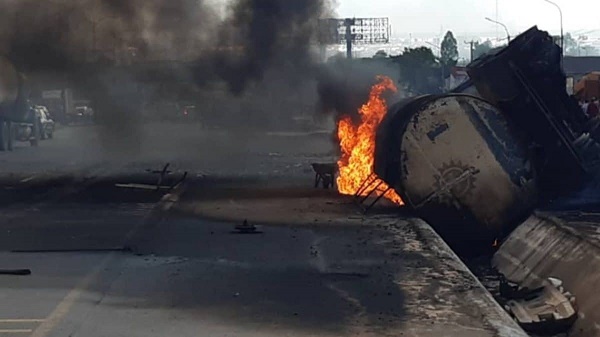 The petrol tanker lost control and fell inside the drainage channel at Upper Iweka,Onitsha

Reports reaching Naijacarnews say a mother and her daughter were burnt in the fire outbreak, while a lot of traders and residents at the Ochanga market lost their properties, which was said to run into millions. 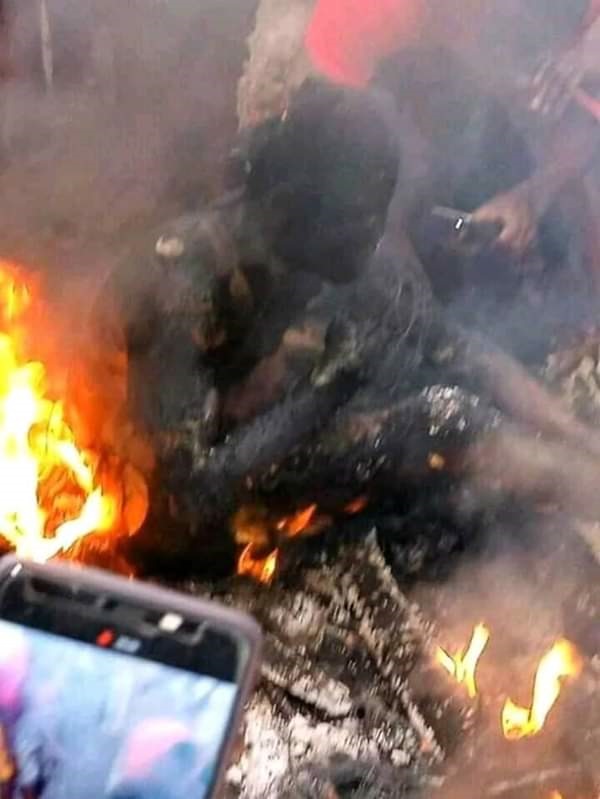 An eye witness narrated that the tanker lost control and fell inside a pavement that's between the expressways near Toronto hospital, Upper Iweka, spilling its content. A fire broke out from the spilled fuel and burnt a lot of shops and houses in the area. 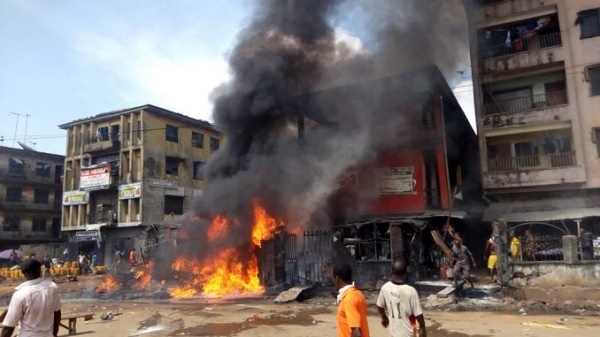 The fire started by 10.am in the morning and for more than two hours, there was no intervention from the state's fire service to put out the fire

Many social media users in the area at the time of the fire outbreak took to different platforms to spread the news.