Glorious exit! Volkswagen says goodbye to Beetle as it rolls out final edition

The Volkswagen Beetle. also called "the people's car" has had a long and eventful run, but now its bye bye as Volkswagen produces final edition.

Volkswagen has finally brought the curtain down on its most iconic model, the Beetle.

The automaker is sending the model off for good as it produces the last edition. If you are familiar with the history of Volkswagen, you'll know the important role Beetle played into making the automaker a force to reckon with in the automotive world. It’s on record that Volkswagen sold close to 5 million units of Beetle in America. Sales alone that propelled the global sale of Beetle to 21.5 million put together. 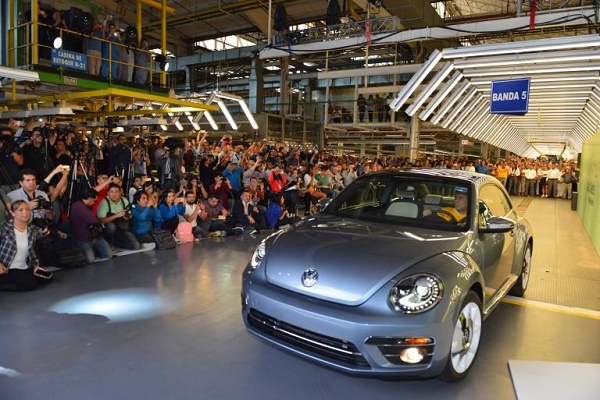 The third generation of Beetle wasn't popular so most of the sales came from the original Beetle. However, the second-generation nicknamed the new Beetle, recorded some success when it was introduced in 1998. Volkswagen was able to sell beyond 1.2 million units from 1998-2010. For its third generation, VW has been able to sell more than 500,000 units of the model.

>>> See 11 odd products from prestigious car brands. Number one will surprise you!

The CEO, Volkswagen Group of America, Scott Keogh, said in a statement,

While its time has come, the role it has played in the evolution of our brand will be forever cherished

The last edition of the Beetle model was rolled out as a Denim Blue coupe and Naijacarnews gathered that it will be put on display at Volkwagen's museum located in Puebla, Mexico. Also, and a pair of Kings Red vehicles were also built as the last Beetle for the U.S market. 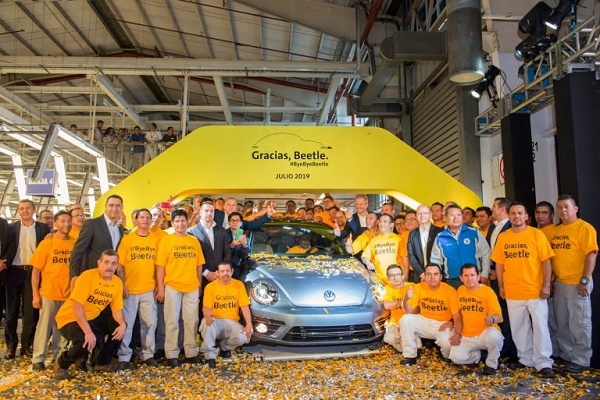 The end of the Beetle won't be affecting Volkswagen’s assembly plant in Puebla as it will be used to produce a new crossover meant for the North American market.

>>> Check out other latest news updates on our news section