Have you seen the announced official EPA-rated electric range of the new Audi E-Tron SUV? Check it out here and see what this Tesla competitor has in store!

Audi has finally announced the actual EPA-rated electric range for its currently hot E-Tron SUV but the results aren’t so encouraging. On one full charge, the E-Tron is only able to go just 204 miles and there are currently no longer-range versions made available even at launch.

This drawback makes the Audi E-Tron really fall behind its competitors in the same segment. To be specific, the Tesla Model X is better rated at a 295 miles total range while the Jaguar I-Pace is still rated higher at a 234 miles total range. Aside from that, the Mercedes' expected EQC SUV that its EPA-rated range is yet to be announced. 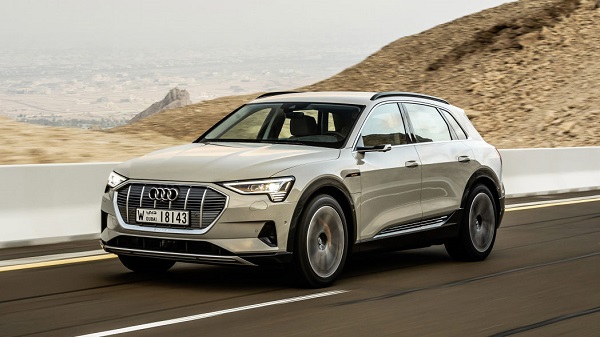 In Audi’s official press release, the brand claims that the new E-Tron;

“is designed for daily usability,” and “built for everyday use”.

Going by the released information; using a 150kW public charger should get anyone a 54 miles total range in just 10 minutes and in 30 minutes of this same type of charger, one will get around 163 miles.

It only starts to get interesting as Audi is offering 100,000 miles over a long 8-year warranty for the Audi E-Tron’s battery. This may be the best excuse as to why the German automaker took a more conservative approach in the ratings. 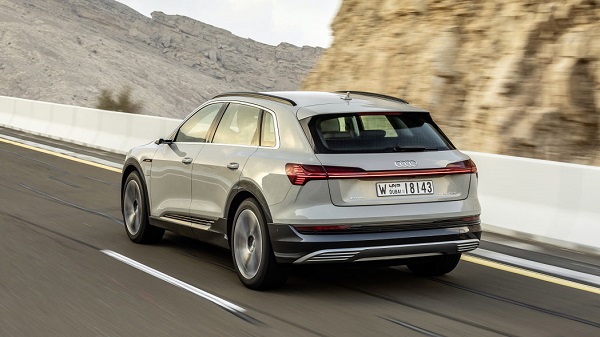 It might be surprising to some folks when they discover that Audi actually uses a powerful 95 kWh battery pack with this E-Tron SUV, but does not allow the battery pack to charge beyond the threshold capacity of just 88% - or you can simply put 83.6 kWh of actual useable capacity overall. It's actually impressive to know that Audi was focusing on longevity rather than absolute range and it is still cool to realize that the available 83.6 kWh is still very much a large capacity that comes close to that of its competitors' advertised overall battery capacities.

From the released press statements, we can see that Audi plans that by May this year, shipment of the E-Tron to U.S reservation holders should start. And the SUV is also expected to hit showrooms just about that time.

The new Audi E-Tron SUV will be valued at a $75,795 (₦27.3 million) starting price without destination charges and federal tax rebate which will all get added depending on the buyer’s location and preferences.