See the punishments for causing death by reckless driving in Nigeria

Did you know that the Nigerian Law has some set of severe punishments for anyone who caused the death of another person by reckless driving? See them here!

NaijaCarNews.com has always been an advocate of “safe/conscious driving” and opposes “reckless driving” which is common among some Nigerian drivers today.

We figured out that it might be helpful to inform everyone of some set of punishments/repercussions if ever found guilty of “causing death due to one’s reckless driving” as provisioned by the Nigerian legal system.

Don’t be surprised that such an act is treated similarly as “Manslaughter” because it is usually always a voluntary act than an uncontrollable one. However, the repercussions of involuntary manslaughter are less harsh than a voluntary one.

Just like “murder” of the first degree and/or second degree, being guilty of the involuntary act of causing another human’s death by reckless driving without any found intent to kill is punished less severely than otherwise. 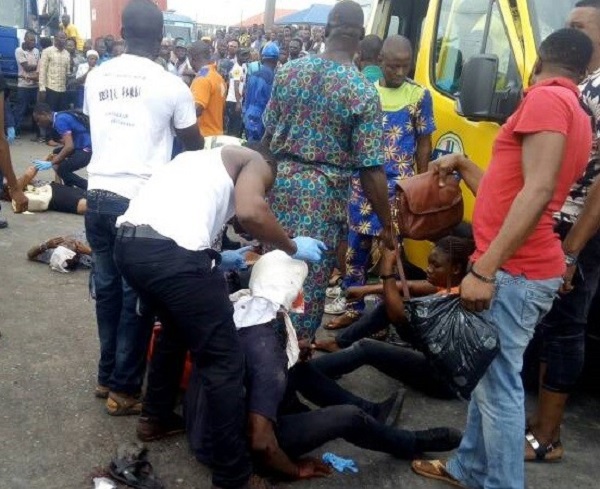 Below we have quoted the two major punishments as spelt out in the Nigerian FRSC (Establishment) Act of 2007 as well as the Federal Highway Act;

A person who causes the death of another person by driving dangerously or recklessly is liable on conviction to seven years imprisonment with no option of fine.

However, if any person drives dangerously or recklessly without causing the death of another person, he shall be liable on conviction to a fine of fifty thousand naira or two years imprisonment or both fine and imprisonment.

According to Nigeria Federal Highway Act;

Any person who causes the death of another person by the driving of a motor vehicle on a Federal highway recklessly, or at a speed or in a manner which is dangerous to the public, having regard to all the circumstances of the case, including the nature, condition and use of the Federal highway, and the amount of traffic which is actually at the time, or which might reasonably be expected to be, on the Federal highway, shall be guilty of an offence and liable on conviction to imprisonment for a term of seven years.

We know that a question that might cross your mind on reading this would be something like;

If this law is true, how come the rich and elites that have caused many deaths through reckless driving are walking freely on the streets today?

Well, the answer to this type of question is above our jurisdiction!

If you really like yourself and for the sake of humanity, just stay away from “Reckless Driving”.