How does the new 2020 Ford Mustang Shelby GT500 manage to stick itself to the ground as well as keep water out of its massive hood scoop? Find out here now!

NaijaCarNews.com will like to first declare publicly that this 2020 Ford Mustang Shelby GT500 is one of those few cars that just blows our mind each time we review its mechanics.

It is surely going to be the fastest Mustang model ever on the track. It is going to achieve such outstanding records because of its featured 5.2L turbocharged V8 engine that produces up to 700hp although speed takes more than just massive power. Recall that the last powertrain of the GT500 was able to hit just 662hp, Ford, however, didn’t even bother so much about it. Rather they just brought something totally different in this new 2020 model which is why we have put out this update for you guys.

Unfortunately, the brand is still yet to disclose many details about the exact torque and horsepower that this beast will have except the words “over 700” which they said at the previous Auto Show in Detroit. Although, some Ford engineers mentioned that the new model runs a sub-11-second quarter mile which literally means it is going to be very fast indeed and the company has also been marketing the car with the expression;

The only clue this info suggests is that the new GT500 is definitely going to act like a sort of buttoned-down GT350R model, except it will have an extra 200+ horsepower.

In order to keep this car under control, the aero package was revamped entirely by Ford. The GT500 in full attack settings produces as much as 550lb downforce. Remember that even the GT350R only produces 300lb downforce so, this means that the new GT500’s figure is more than every other Mustang prior to it. Ford has now been so proud of the speed at which they were able to develop the new GT500’s aero package. 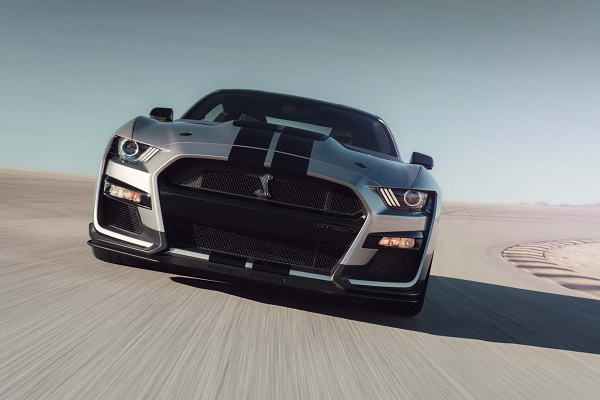 Ford claims that it used simulations and 3D printing to achieve the development in just 6 months which used to take them 2 years in the past. The new process involved Ford engineers printing 3D versions after versions of the vehicle’s hood vent, splitter wickers as well as plenty of the other aero elements during the production.

There was no need for experimentation when it comes to the model’s massive carbon fibre wing that sits on the car’s rear decklid – they just pulled off the behemoth from the former Mustang GT4 race car and used it in the new GT500 model as it is. During this development process, Ford used a GT350 as its test dummy to see how all the aero bits fit together and function.

>>> Recommended post for you: Incognito: Supercars from car-makers no one knows One of Ford’s performance engineers that actually worked on the new GT500’s aerodynamics – Matt Titus when talking about its aero package said;

"We took everything we learned on GT350 and turned it up."

Everyone knows that vehicles like the last Corvette Z06 and Shelby GT500 require a lot of skill and courage to dare drive it as fast as it can, but Ford, however, seems to be appealing to a broader and wider audience with this new 2020 Shelby GT500. When Titus was addressing this issue, he said;

"We want this car to be available for everyone to drive fast near the limit."

"We'll learn how that effort turned out when we get behind the wheel for the first time."

With the massive extra power that this car is coming with Ford had to implement a huge hood vent on this model and in fact, it is the largest that has ever been implemented on a Ford Mustang to the extent that it needed its own rain tray for extra protection.

Ford suggests to all potential users that they should leave the rain tray in if they will be parking this new 2020 GT500 outside while it is raining. Otherwise, it will be exposed to higher risk of water from the rain entering into its engine bay as well as getting down into parts that water shouldn’t touch. 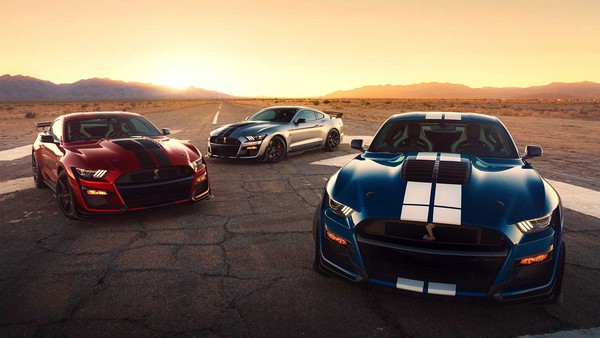 This new rain tray conundrum is now part of the 2020 Ford Mustang Shelby GT500’s character as a whole. It currently comes in two settings or options: street and track. So, for a normal day driving, its rain tray will go in; you will see its lowest front splitter pieces literally come off, as well as its huge wing can be custom set to a lower downforce position too. Doing this will deliver impressive fuel economy to the owner with the described setup (low downforce), but let’s be realistic, who will buy such a car and still care about fuel economy when the vehicle has over 700hp on tap, you would just want to enjoy your ride as it takes you faster to your destination.

The entire massive hood vents are present in this model to cool it down as much as possible because it is meant for speed which will, of course, be accompanied by a lot of generated heat.