The new Bugatti EB110 Super Sport Hommage has been revealed, known as Centodieci

Dubbed as 'Centodieci'. the new Bugatti EB110 Super Sport Hommage is a perfect blend of the super exotic Chiron and the EB110 in terms of performance and look. Click here for more info!

The Bugatti EB110 Hommage was unveiled at the just concluded Pebble Beach Concours d’Elegance last weekend with lots of pictures of this Hypercar being posted online. The new Bugatti, which is a limited edition model, is based on the Bugatti Chiron’s concept but also takes the Bugatti EB110 Super Sport’s bespoke bodywork. 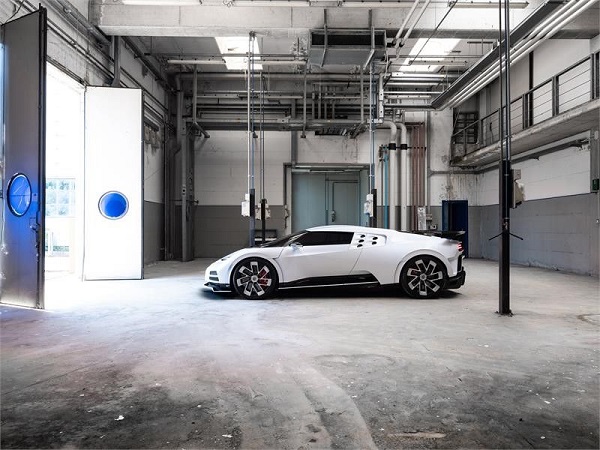 The EB110 Hommage upfront features a smaller horseshoe grille compared to what you would find on Chiron but somewhat similar to that of the EB110. It also includes a protruding carbon filter front splitter coupled with white pinstripe and reshaped air intakes. Also on the model, you will find very thin horizontal LED headlights.

For its bold sides, the Bugatti EB110 Super Sport Hommage offers black and white heels, which sit atop red brake calipers. It has a remodeled door skins and fitted bespoke skirts. At the rear, it comes equipped with a large fixed wing on it. 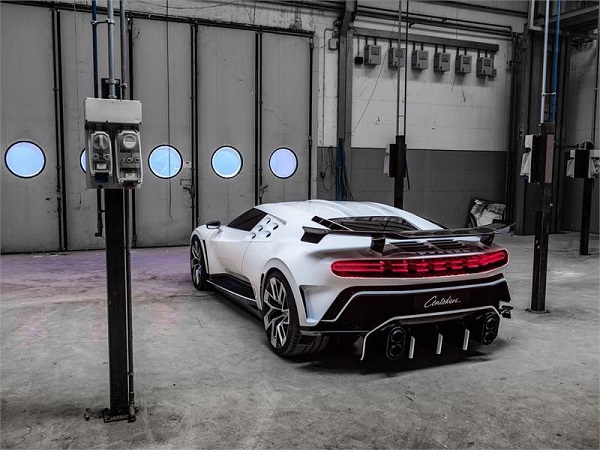 It appears the automaker is only planning on producing just ten units of this model worldwide with each being valued at $8.9 million. It has an underpinning of Chiron indicating the presence of a quad-turbocharged 8.0-liter W16 engine with an output of similar 1479 horsepower and 1180 pound feet of torque, which accelerates from a standstill of zero to 62mph in just 2.4 seconds. The EB110 Hommage has a top speed of 261 mph.