Truck driver sentenced to death by hanging for killing passenger

Imagine how driving under the influence of alcohol landed this truck driver a death sentence by hanging! Read the details!

A truck driver named Monsuni Waidi has reportedly been sentenced to death by hanging by an Abeokuta High Court in Ogun State. It was said that Monsuni killed a passenger as a result of reckless driving while under the influence of alcohol.

Reports reaching Naijacarnews says, the judgment was delivered by Justice Abiodun Adeyemi, who stated that the case was proved beyond a reasonable doubt by the prosecution. Again, he said that the prosecution presented credible evidence that saw the court sentencing the truck driver to death by hanging.

According to Adekunle Sodeinde, the State Prosecuting Counsel, Monsuni committed the punishable offense on May 22, 2012, on Papalanto Sagamu road, Ogun.

Adekunle stated that the convict was drunk and had driven his truck carelessly. He ended up hitting a motorcycle that was conveying the dead passenger named Mutui Oluwasegun. 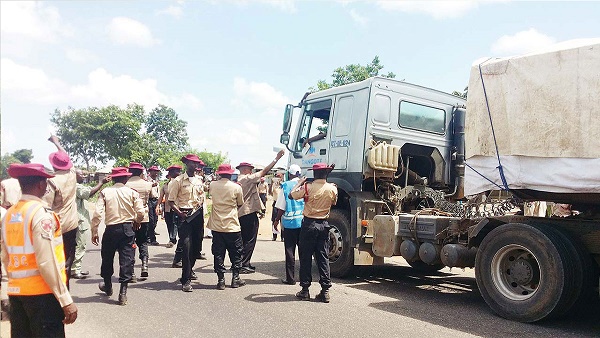 The convicted truck driver has been on trial since 2012. He again pleaded not guilty to the charges levied against him.

We've always advocated that drivers shouldn't drive when drunk as it's a risky move which always ends up tragic, just like the case of this truck driver.

Once again, we are saying, don't drive whenever you're drunk!

>>> See our news section for other related news!