What is the cost of road construction in Nigeria?

The cost of road construction in Nigeria has skyrocketed due to inflation and other factors! This article goes deep understand how it works and much more. Check it below!

Road construction is an important part of every society, as automobiles have come to play major roles in our day to day lives. Roads are constructed to ensure that people, goods and services can be moved freely and easily from one place to another. This is why every government pumps in millions of naira into road projects year in year out.

However, the exact cost of road construction in Nigeria is one that cannot be easily ascertained as different contractors come up with different quotes based on area, availability and affordability of materials or workers, the climate or weather conditions at the time, amongst other key factors. With this article, Naijacarnews intend to see if there's a way to "guess-timate" the cost for better comprehension.

1. Cost of road construction by location

According to a report put out by the apex bank of the world, World Bank, the cost of constructing 1 kilometer of road is ₦238 million.

This figure is the benchmark that usually shouldn't be surpassed regardless of several factors. But the story is obviously different in Nigeria, the most populous black nation on earth.

It has become almost a norm for a kilometer of road in Nigeria to cost up to ₦1 billion to construct. Due to the fact that many governments don't actually investigate why Nigeria spends the most in the world when constructing roads, any contractor on the site applies any method they deem fit. 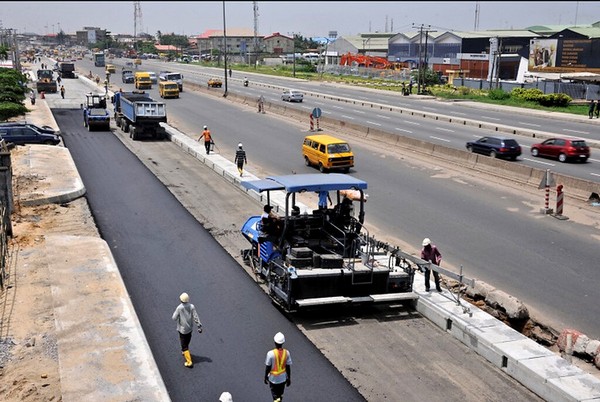 For a country with the worst roads in the world, the cost of road construction is way high

For example, there's almost always construction going on at the Lagos - Ibadan expressway. The most recent was contracted to a company to work on over a hundred and twenty kilometers of the road.

The cost was given at ₦167 billion - which is even more than the earlier estimate. The reasons why the price went up was that the location is prone to erosion, the topography is irregular and since it's a major road, it needs to be perfect. But this is different from what is obtainable in other countries within Africa. The Economic Community of West African States, ECOWAS, are working on a Lagos - Abidjan road construction, which is a total of over 1,000 km. It is believed to the body the same ₦167 billion charged for about one-tenth of the same road in Nigeria.

A little more on location, roads have been constructed in northern Nigeria for cheaper rates.

In places like Kaduna, Borno and the likes, 1km of road cost between ₦300 million to ₦600 million. Perhaps the federal allocations going to these states aren't much and their topography isn't so bad - hence the manageable costs.

As stated earlier, the cost of road construction seemed to be different when the ECOWAS got involved, but here's another example.

In South Africa, the cost of construction of new roads in Limpopo cost ₦33 million - about 30 times less than it is in Nigeria. The government tends to influence these things to ensure that money is not wasted on frivolous expenditures. Around the same time the Limpopo province awarded its road construction contracts, the Ibadan - Oyo township road was contracted too but cost ₦609 million per kilometer.

Rumours have it that the government intentionally allows these hikes in other to get kickbacks from the contractors, since they can't run the projects themselves. Some years prior to the release of the report from the World Bank, the Lagos state government awarded the construction of the Lekki - Epe road to company for ₦50 billion.

The road was just a little more than 49 kilometers. At the same time, the cost of bridges seem to be even way more than estimates. The cost of the Ikoyi suspension bridge was estimated to be around 29 billion. The 1.4 km bridge looks great but experts say the cost would have been way less following international estimates. Other bridges around the country cost between 1 billion per kilometer, to 30 billion.

3. Cost of road maintenance in Nigeria

The cost of road maintenance in Nigeria isn't lower than the cost of building the road itself, which has got people wondering if Nigerian roads are even good at all. The roads maintained in Limpopo, South Africa cost about ₦7.6 million to keep 1km of the road in good shape. But maintaining and improving a 1.2km road in Oyo state some years ago cost the government over ₦2.3 billion. The Abuja - Abaji - Lokoja road also cost the government more than twice of what was estimated when the road was abandoned for a short while. 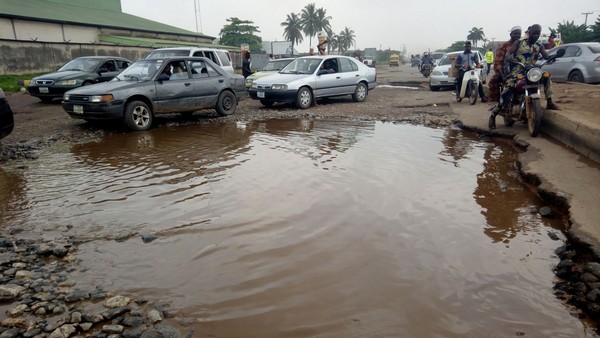 That said, it's worth to note that not only in Nigeria is the cost of road construction expensive. A survey carried out in other countries like Uganda, Tanzania, Malawi, Kenya, Ghana, Ethiopia, Congo DRC and Madagascar shows that the overruns were a norm. While Tanzania and Mozambique sees 18% increase, Ghana has 34% overruns.