Common causes and solutions for a low fuel economy

There many causes to why your engine suddenly consume more energy than before. We've gathered some possible causes and also some solutions so that you would be able to detect and solve the problems on your own.

Issues in the coolant sensor

This component is responsible for sensing the temperature of the cooling system. When this sensor is malfunctioned, it always tells the system that the temperature is cold. The thing here is when the system is too cold, the engine would regulate the fuel to warm it up so that it would operate properly, but in fact, it IS operating properly. This leads to an unnecessary loss of fuel.

To know if the sensor is broken or not, we resort to a peripheral device that can measure the temperature separately from the sensor inside. Simply plug it in and start the engine. If the temperature starts rising gradually and both devices show the same number, it's still pretty good. It's not over yet, you have to wait for the engine to operate for sometimes until the peripheral device reaches 80 Celsius degree and see if the number of the car's sensor show the same number. If it doesn't, the sensor or the thermostat is broken. To know which, get another device called the ohmmeter. There is a specific level of resistance for each temperature. So if the resistance level and temperature matches, the thermostat is the problem and vice versa.

Why is a broken oxygen sensor affects the way my car consumes fuel, you might ask. The sensor is responsible for sensing the volume of air flowing inside and also the content of the oxygen. When this thing is broken, may be due to an expected event or, most commonly, your car has traveled too far without checking it, normal around 90 to 100 thousand kilometers, the mixture inside the combustion engine is affected. I should mention that the mixture that gets burnt in the chamber is not pure fuel, it is a combination of fine fuel spray and air with the ratio of air to fuel is 14-1. Needless to say, a broken sensor would either let too much or too little air inside, thus disrupt the mixture and so it will not burn completely, leading to fuel loss and lowered fuel economy. This will, in turn, lead to other issues, such as exhaust fumes turning to the color blue, white or pitch black. 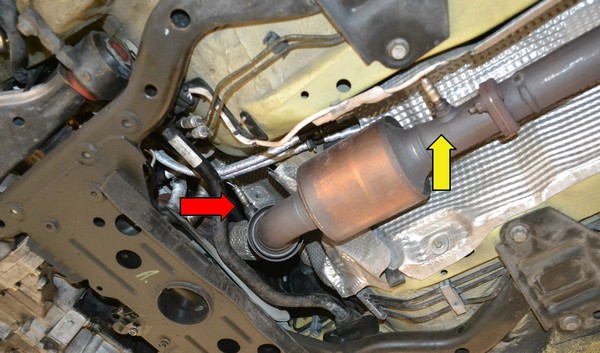 Our advice for this is if your car has traveled more than 100,000 kilometers, it's probably best to just take it to the nearest auto and change it without having to do any kind of test. If it hasn't, then get an oscilloscope and test the sensor for any defects.

This device is responsible for controlling the engine's temperature as well as get it to the operational temperature as fast as possible. Normally, the coolant stream is not supposed to be circulated when the engine is still cold, normally blocked out by the mechanism controlled by the thermo. When a thermo isn't working properly, the coolant will flow out and cool the engine (when not asked to!) and thus the engine will take a much longer time, sometimes forever, to warm up. To know if your car has this problem, simply use your hands to feel the radiator hose while starting the engine and listen closely for the sounds of coolant running inside. If there is, it's best to throw away the old thermostat and get yourself a new one. 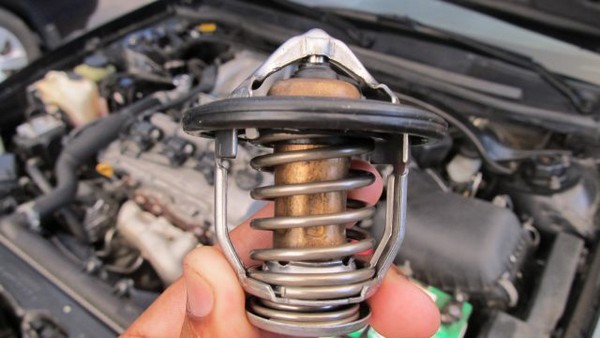 A broken thermostat would take the engine forever to be up

Problems in the combustion chamber and around it can be the result of several things. The list can range from a bad plug wire to an arcing between the wire and coil, a malfunctioned spark plug. Sometimes vacuum leaks or broken fuel injector can be the reason too. Also, an improper compression in the cylinders can be the problem.

In some discontinued or old models, there would be no check engine light warning when this happens. In latest models, models from 1996 till now to be more specific, it will light up the check engine light and even show a misfire code if it affects the engine too seriously, and different codes mean different problems with the car. Code like the P0300 indicates that the fuel mixture is too lean and you need to check the EGR valve or the intake manifold. The P0301, on the other hand, shows that the cylinder number #1 is misfiring and you should check the injector.

When the EGR valve refuses to close, it lets a part of exhaust to move back to the manifold. Similarly, a vacuum leak can thin the mixture and thus reduce the fuel economy. The way to detect a leak is pretty simple, you just take a bottle of water and spray where you suspect there's a leak, then break the idling status of the valve and see if some water gets sucked inside. A simple way to fix it is to reposition the manifold and/or seal it with a kind of epoxy that can withstand high temperature. 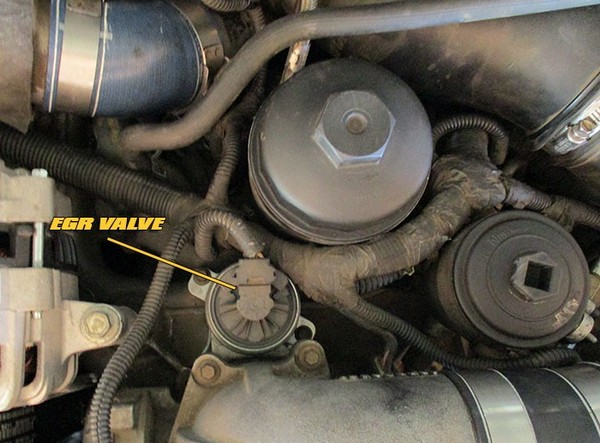 One more thing, you might think that it takes a huge leak for the problem to be severe. In fact, only a small crack can mess with the ratio of the fuel-air mixture. Experienced mechanics even have a better solution than the bottle spray above, they use a smoke device that emits smoke and place it near the intake manifold area. Unlike water, which can only be sprayed at a small, suspected area, smoke can find its way through all the corners of the part. Similar to the water bottle solution, you know that there's a problem with it when some smoke get sucked in. If there's no smoke get sucked in, move on to check the internal side of the EGR for excessive soots that might prevent the valve from closing. Also, check the connections and the solenoid.

>>> Like the article? Stay tuned to Naijacarnews for proven tips that improve fuel efficiency for your car!