The benefits of electric vehicles include improved fuel efficiency, reduced emissions, and lower maintenance costs. But do you know how they work? Check out!

There are many reasons why electric cars are transforming the auto market. The need for proactive action in protecting our environment and reducing global emissions are driving manufacturers, regulators, governments, the public and stakeholders to demand accountability in vehicle production. This has caused waves in the automotive industry driving an increase in electric car production.

Even though finding an electric car in Nigeria is like searching for a needle in a haystack, electric cars have clear advantages over the conventional internal combustion engine.

In understanding how electric cars work, you should know that electric vehicles are fitted with an electric motor instead of the conventional internal combustion engine. The vehicle is powered with a large traction battery that requires charging by plugging to electrical outlet either at charging points or wall outlets. 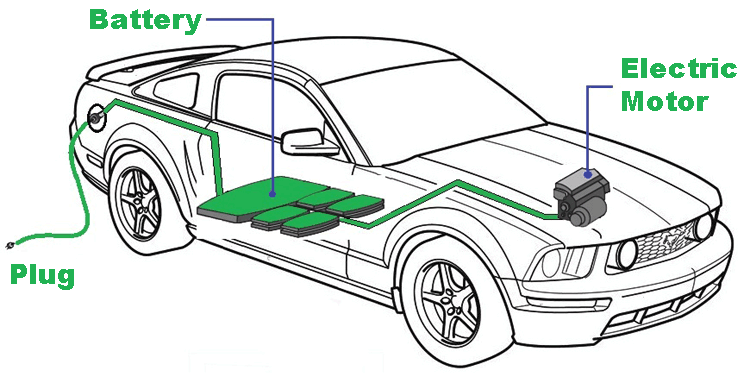 Electric cars are the vehicles of the future

Considering this kind of vehicle runs on electricity, it does not emit harmful gas through exhaust systems and is not fitted with a liquid fuel system. The electricity is stored in the battery and used to power the electric motor that in turn powers the vehicle systems such as the wheels. When the stored electricity is exhausted in the batteries, grid electricity from charging stations or wall outlets are used to recharge. These vehicles are considered all-electric vehicles because they are solely powered by electricity and do not run back up gasoline or Diesel engines.

Although battery electric vehicles do not produce carbon monoxide, unburned hydrocarbons and nitrogen oxide emissions as with internal combustion engine vehicles, the electricity they consume produce heat trapping gases and other forms of emission during extraction of fuels, while generating and distributing. The impact of the pollution is determined by the means of electricity generation.

In America for instance, charging batteries with electricity generated from coal fuels produces lesser pollution and has lesser adverse effect on the environment than gasoline powered engines, therefore, electric vehicles are an environmentally friendlier alternative.

Electric vehicles that are battery powered are considerably cheaper to maintain than conventional cars.

Key components of the electric car

The following key components account for how electric cars work: 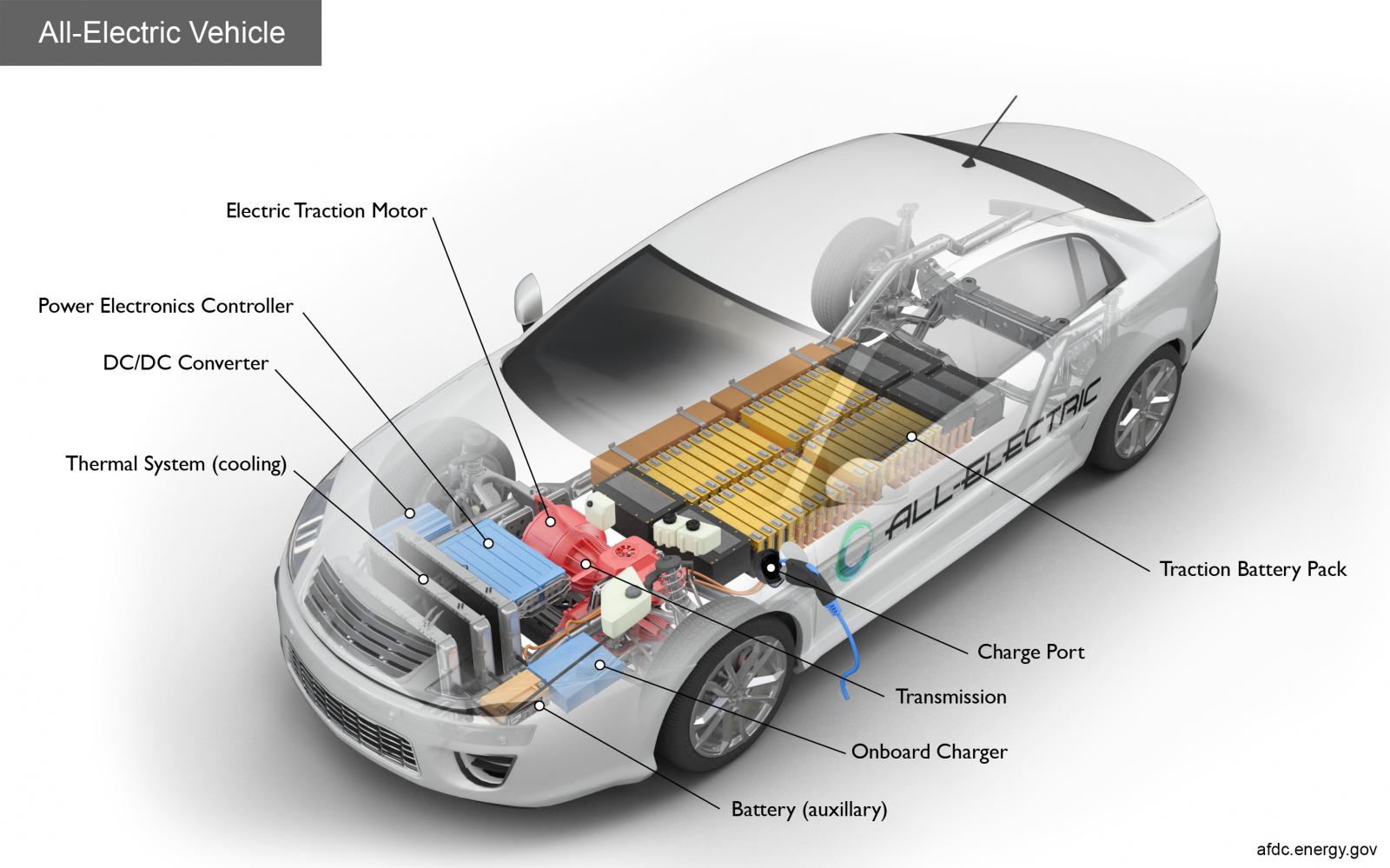 This powers the controllers which in turn send power to the electric motors. It is made up of lithium cells and produces direct current.

This is the point of connection from the electric vehicle to the charging points our home outlets used to recharge the electric traction batteries.

Inverter converts the direct current to alternating current that lowers the electric motors.

This single speed transmission transmits power to the wheels from the motor in order to make movement possible.

This serves as the driver of the wheels using power from the batteries.

This converts the alternative current from the charging station to direct current power for charging traction batteries. During charging, it monitors battery characteristics such as voltage, current, temperature and charge percentage.

This device controls the amount of electricity delivered to the wheels by managing the torque in electric traction motors.

This device ensures that all components and systems are running at an optimum temperature and prevents overheating.

This battery stores electricity to be consumed by the traction motor.

This transmits mechanical energy to drive the wheels. The power is generated and transmitted from the electric traction motors.

The electric cars convert direct current, which is the current flowing, in one direction to the alternating current - the current that alternates.

It is simpler to understand how electric cars work than its internal combustion engine counterpart. The electric system does not resemble a plumbing system and, therefore, minimizes maintenance down time. 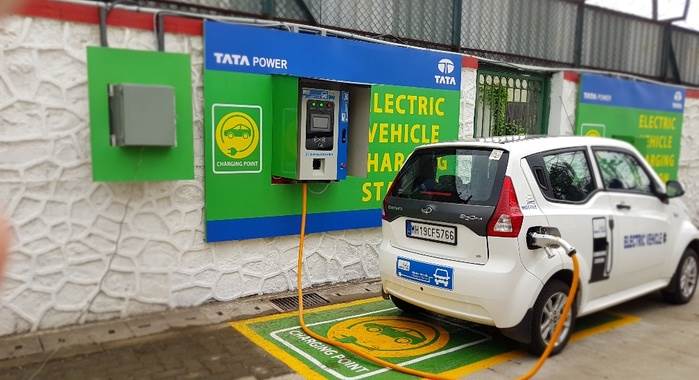 Usually it is fitted with an ac motor for mechanical power generation. It does not come fitted with inlet valves, exhaust valves, cylinder heads or fuel systems.
The motor runs on electricity stored in battery packs onboard the car. This serves as the fuel for power to accessories, components and systems. The controller controls the release of electricity and power to the electric motor depending on the input from the accelerator pedal.
The rechargeable batteries can be plugged to home outlets or public charging stations. Public charging stations provide high voltage electricity cutting charging time to one or two hours. Standard home outlets could take over ten hours to fully charge an electric car.

Pros of the electric car 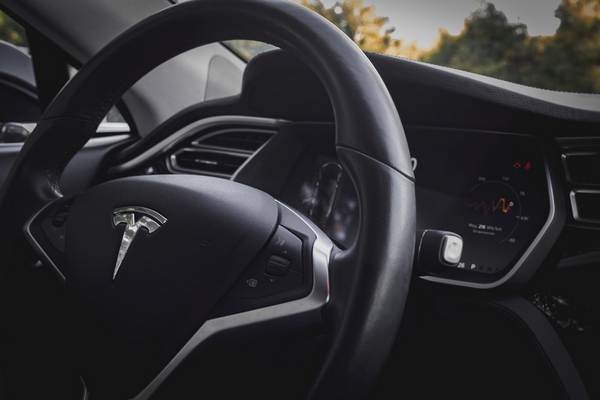 Tesla is a big name in the electric car manufacturing industry

Cons of the electric car